The PC version of Death Stranding arrives later this month, and we’ve spent a number of hours with the game’s first four chapters. Read on to find out exactly what we thought of the Kojima Productions port and whether it’s worth buying Death Stranding on PC.

For decades, games have fallen into established genres and conventions which makes them easy to differentiate. You’re always doing something recognisable, whether it’s exploring dungeons or dropping onto a sprawling map to duke it out with other players.

Kojima Production’s Death Stranding was a startling exception to the rule, shaking up the gaming landscape when it first arrived exclusively on PlayStation 4 back in November 2019. It was a brave, polarizing experience that broke new ground with its unorthodox narrative and a mechanical approach we’d simply never seen before.

In an industry where things are oftentimes repetitive, it was so refreshing. That didn’t stop Hideo Kojima’s latest project from being hugely polarizing though. It was long, complicated and required a lot of dedication to truly immerse yourself in what made it so wonderful. It was also repetitious in the tasks it sent you on, largely in service of its storytelling, but this was too bitter a pill to swallow for some.

The debate surrounding its release was so welcome, and surprisingly lacking in toxicity given the subject matter. Players were shouting the game’s myriad positives and negatives from the rooftops, taking time to dissect exactly what Hideo Kojima and company had accomplished. But for the better part of a year, it’s been confined to a single platform. This changes with the upcoming PC port, which is a technical achievement from the Japanese studio. 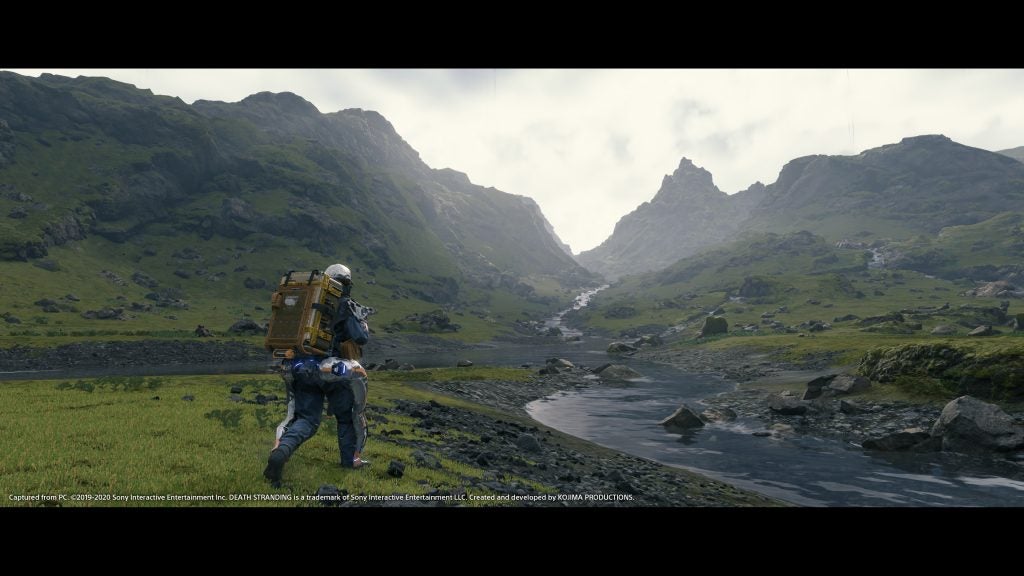 I awarded Death Stranding a prestigious 5/5 score back in my original review, and valiantly stand by that accolade. Even now, I struggle to describe exactly why I adore it so much, and why newcomers shouldn’t hesitate when jumping into its strange, post-apocalyptic world with an open mind.

What is Death Stranding like to play on PC?

Developed internally at Kojima Productions, this port is an accurate adaptation of the PS4 original, albeit with a welcome assortment of bells and whistles not seen in the vanilla release. Provided you meet the system requirements. It’s easy to rise above the console version with superior visuals, improved performance and wider field of view to really bring Death Stranding’s world to life.

I played the game on two setups, both of which came outfitted with RTX cards, and found it trivial to surpass 60 frames per second at both 1080p and 1440p resolutions on ‘Very High’ settings. You can adjust graphical presets and more intricate options whenever you like, the majority of which don’t require a restart to implement. This means you’re free to find a balance between visual splendour and reliable performance before setting out on your deliveries. 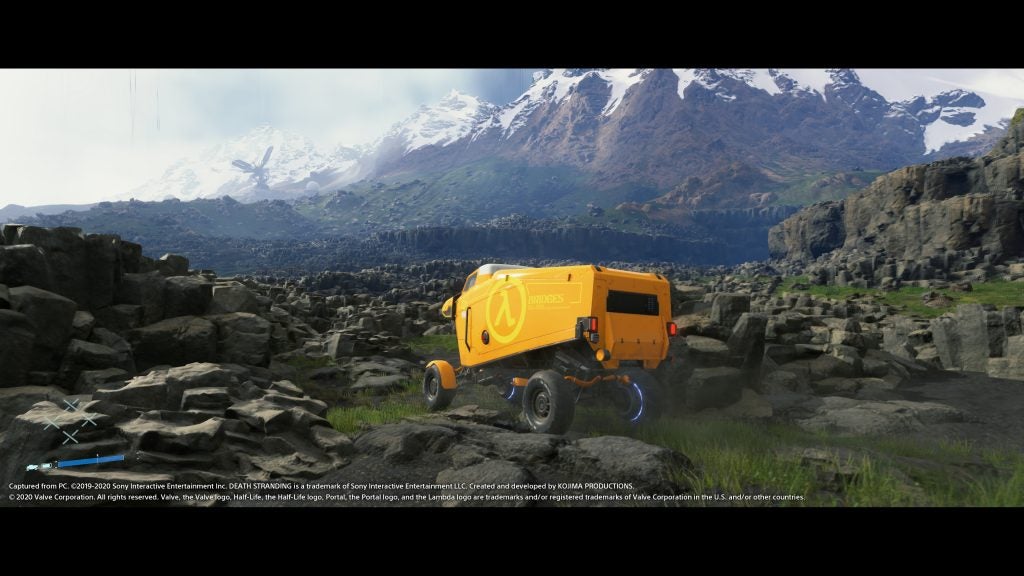 Given the first iteration ran at a locked but incredibly steady 30 frames per second, the difference is honestly transformative here. Ensuring you don’t collapse while navigating the world’s tricky terrain and accurately targeting foes is far easier now, and feels more satisfying as a result. An equal amount of patience and skill is required to see most missions through, but the added performance certainly doesn’t hurt.

Kojima Production has ensured that all the additional features and updates added to the console version are included here from the outset. This includes a fully-featured photo mode I struggled to pull myself away from in the opening hours. It’s one of the best I’ve ever seen, allowing you to customise endless options such as character poses, colour tint, borders, depth of field and more. Many photo modes are basic to a fault, but this one is anything but.

This is also the first time we’ve seen the Decima Engine run on anything outside of a PlayStation console. Used to power both Death Stranding and Horizon Zero Dawn, this is an exciting glimpse into what this technology will be capable of on more powerful hardware such as high-end gaming rigs and the upcoming PS5. Of course, this is an older version of the engine, but it’s capable of more than ever before, and perhaps opens a case for why console exclusives should be relegated to the past.

PC gamers have some fun cosmetic goodies and exclusive missions based on Half-Life to look forward to, which have all been developed in collaboration with Valve themselves. Unfortunately I haven’t had time to try these missions out for myself, and my impressions are limited to the first four chapters, but it’s excellent to see those on this platform receiving a few extra bonuses after waiting so long. Kojima Productions has taken this port very seriously, which is honestly a breathe of fresh air when many ports are lazy adaptations of their console cousins. 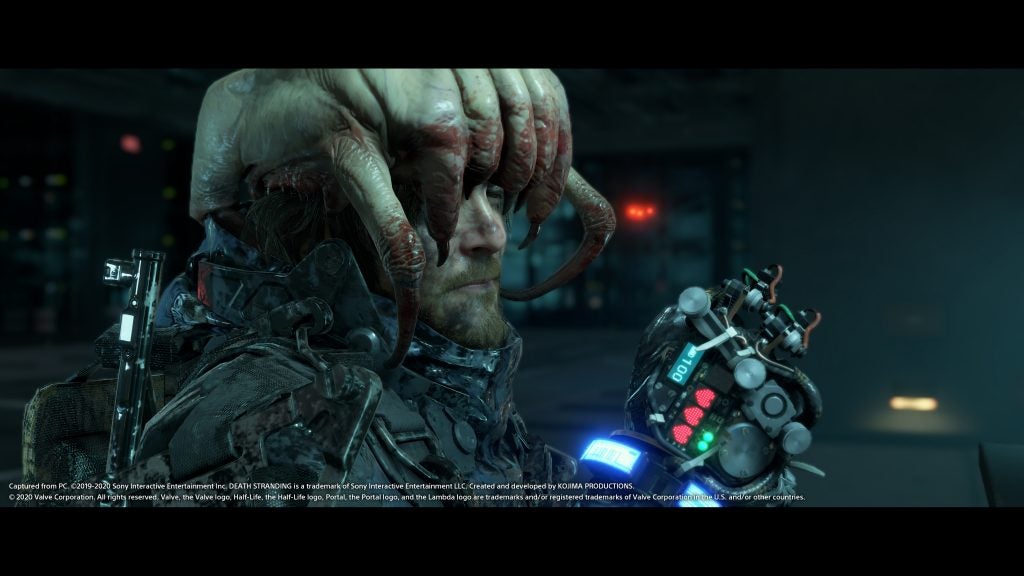 If you’ve yet to experience Death Stranding and PC is your platform of choice, this will arguably be the best way to experience Kojima Production’s debut outing. It looks, plays and performs better than ever on the right hardware, which is a huge achievement given the original was already something special in its own right. The exclusive content will hopefully be far more than a few slapped together missions, adding an extra layer of substance to Kojima’s world, but we’ll have to wait and find out.

Still – there’s a sense of tranquil beauty to Death Stranding I find almost euphoric. Stepping over the last steep inclines of a mountain only to be greeted by a brutalist cityscape is astounding. transforming into a waterfall of emotions as a perfect song choice utters into the soundscape as you descent down towards civilization, hoping the horrors that roam this land don’t stop you in your tracks when your seconds away from safety. Like I said, it’s hard to describe, but shouldn’t be missed.