The past 12 months have seen a lot of change in Android, Google’s phone and tablet OS. But in the tech world change is the norm. If you’re not innovating, you’re out of this game. However, recent changes in the way Android devices operate have us wondering whether Android has lost its way, or whether it is just clicking into gear.

Ch-ch-ch-changes
What has changed? In several respects, the climate on Android has started to transition. Where Android devices were once held up as the pinnacle of liberty and freedom – within the narrow confines of the smartphone kingdom at least – the walls are gradually starting to close in.

The most noticeable gear shift was when Android phones started omitting the microSD card slot. It wasn’t down to cost pressures, or the need to keep smartphone bodies thin, but seemingly out of a desire to emulate the approach of the market leader, the iPhone.

This tactic has come to define HTC’s top-end Android phones. The HTC One S and One X both left out memory expansion as a feature, instantly turning off thousands of Android enthusiasts.

We could put this down to HTC’s own peculiar design approach, but the Google Nexus 7 proved that it is more than this. This first fully Google-branded tablet left out memory expansion, in spite of being made by Asus – probably the most geek-friendly tablet maker there is.

It’s an effort towards consolidation, an attempt to encourage Android to become a much more centralised system. Like iOS. In ruling out being able to store masses of media on the Nexus 7, Google is trying to nudge its users into trying out streaming services like Google Movies and Google Music. For now we’ll have to forget they haven’t launched fully in the UK yet.

Around the launch of the Nexus 7, Google Senior VP Andy Rubin admitted to AllThingsD that the lack of a solid multimedia ecosystem was “the missing piece” of the Android tablet experience. But in trying to make one, is Android at risk of losing what made it special in the first place?

Today saw Android shed another of its original selling points over iOS. Flash is being pulled off the Google Play app store, following Adobe’s dropping of support for the Android platform earlier this year. 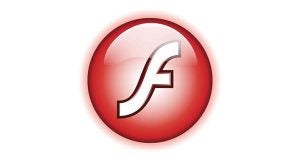 There are plenty of reasons to defend the decision. HTML5 is on its way to replacing the standard, Flash eats up battery life and many uses for Flash can be covered for with apps. But is Android starting to align itself to all-familiar tracks where it once blazed its own trail?

Sunny side up
There is an opposing point of view – that Android is finally getting its act together. It has until recently been so much slower and buggier than rivals like iOS and – more recently – Windows Phone 7 that even fans have had to apologise for its all-too-obvious lack of polish.

But these are finally being addressed. The latest version of Android, Jelly Bean 4.1, introduces Project Butter, which wants to get the system running at a solid 60FPS. In other words, entirely lag-free. The official Android site emphasises the system’s “simplicity and beauty,” which have rarely been considered Android staples. 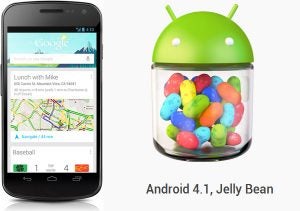 This has been made possible in part because of the low cost of new quad-core processors – even the £159 Nexus 7 uses a high-class Tegra 3 chip that’s only slightly less powerful than that of the £600 Transformer Prime Infinity. Whether Project Butter will seem quite as smooth on lesser-powered Jelly Bean devices is yet to be seen. But it seems to be emblematic of a shift in priorities. Smooth-running is the order of the day, not tinker-friendly functionality.

Who knows what they want?
But is this a priority shift we should support? It’s not something that’s easy to answer until we know what the next iteration of Android, Key Lime Pie, will bring. It’s rumoured that the next major version of Android may make very significant changes to its user interface, finally altering how the system is to use.

It’s then that we’ll probably find out how far Google is willing to take these efforts towards “simplicity and beauty.” What if Android becomes a ‘flat’, single-plane OS like iOS? How much would it take for you to fall out of love with Android, even if it is easier to use?