It’s been two years since Apple launched the iPod touch 5th generation, leading many to speculate that the company may have ditched the format altogether.

The arguments against continuing the iPod touch line are many, from ever more affordable iPhones to ever-shrinking iPads and the new Apple Watch.

But Apple’s flagship media player has been a strong seller over the years, and while it’s no longer as popular as it used to be, it’s a valued option for those who want most of the benefits of the iPhone without the phone contract or attendant cost.

Fortunately, rumours of an iPod touch 6th generation have persisted, leading us to suspect that Apple isn’t quite finished with the iPod range.

If there is indeed to be an iPod touch 6th generation, here’s what we’d want to see from it. 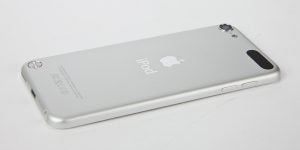 When Apple launched the iPod touch 5th generation, it produced a media player with the iPhone 5‘s newly stretched 4-inch display, but internally it was closer to the iPhone 4S.

While part of us would like Apple to attain parity across its iOS range by launching the new iPod touch with the A8 processor of the iPhone 6 and iPhone 6 Plus, it probably doesn’t make a lot of sense to do so.

The iPod touch has always been an affordable entry point to the still relatively exclusive world of iOS apps and games for the young and hard-up. It would be a shame to lose that, and the presence of the A8 processor would doubtless bump up the iPod touch 6th generation’s price.

Besides, the A7 chip still has bags of life left in it. In fact, last year’s A7 was the true 64-bit leap forward – this year’s A8 is only a little faster, with most of its tangible benefits coming from greater power efficiency.

This can be seen in benchmarks, which show the performance gap between the the iPhone 5S and iPhone 6 to be much less than, say, the iPhone 5 and the iPhone 5S.

Display to be from iPhone 6 not iPhone 6 Plus

Why not a 5.5-inch iPod touch? Because that would virtually be an iPad mini, silly.

Don’t get us wrong, we’d like the iPod touch to adopt Apple’s new, expansive outlook, but that of the 4.7-inch iPhone 6 rather than the iPhone 6 Plus. This is an iPod, after all, which is supposed to be the ultimate portable media player first and foremost. If it doesn’t fit comfortably in your pocket, what’s the point?

Besides, that point we mentioned about keeping the price down applies just as strongly here. 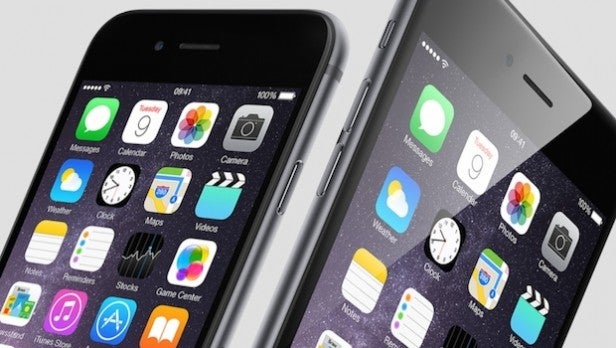 We’re pleased as punch that Apple has replaced the 32GB model in its iPhone range with the 64GB iteration, though we wish it had done the same further down the line and just abolished the 16GB model altogether.

So, should Apple do this with the iPod touch 6th generation? It’s a tough one, as we’re mindful of that price point thing again.

However, if Apple can compromise on some other aspect in order make 32GB the new entry standard (thus ditching the too-small 16GB version), we’d be happy. As we’ve already mentioned, this is a media player first and foremost, so it should be primed and ready to accept loads of videos, games, and music.

As regular readers will know, we’re not big fans of tablet photography, but the iPod touch range is different. It’s far more portable, and far more suitable to whipping out and snapping discreetly.

Add in the iPod range’s typical £200ish price tag, and the vast improvement in Apple’s camera technology over the past three years (the iPod touch 5th generation’s camera was essentially taken from the iPhone 4S, remember), and Apple has the potential to create a genuine point-and-shoot champ here.

To do so, it needs to fit the iPod touch 6th generation with a really good camera. That doesn’t necessarily mean that it has to go with the iPhone 6’s cutting edge camera unit. Again, the iPhone 5S camera continues to top most rival efforts, even a year on from its release.

But whatever approach Apple takes, we want it to be an uncompromised camera, with no corners cut in terms of lens or image sensor components. 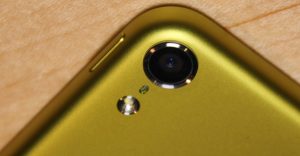 Hey, Apple. You’re releasing the worlds most popular music player here. Yes, it can play movies and games. But the iPod has a distinctly musical soul.

So here’s an idea – how about packing in some half-decent earbuds? They don’t have to be amazing. Just an adequate set of in-ear buds that properly mould to the shape of your ear would be great.

They would provide much better sound (particularly in the bass department), do less ear damage, and would save us all from that horrible background din of overlapping noise leakage that seems to pervade every public transport system in the civilised world.

You can even get your new minions at Beats involved, if you like. Just make sure you offer us a non-garish colour option, okay?

Next, read our round-up of the best headphones to buy