We thought the iPod had finally fallen off the radar for Apple, but oh how wrong we were. First iOS 9 hinted at a refresh, then Apple Music came along. Now there’s a new iPod touch along with more colourful versions of the iPod nano and the Shuffle.

All the new iPods start shipping today, but it’s the sixth gen touch, which is the most interesting new addition to the iPod family.

The fifth gen touch launched two years ago, so it was definitely due an update. We’ve looked over the specs to see what Apple has changed and why you might want to buy one. 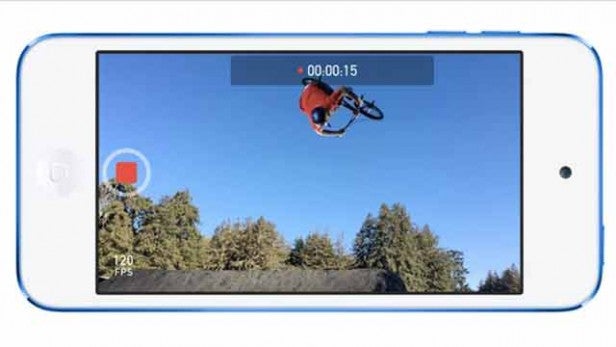 If you’re hoping for a drastic new look, then prepare to be disappointed. This is essentially the same iPod touch when it comes to design. It even shares the same dimensions as its predecessor. It’s features a same-spec 4-inch 1136 x 640 resolution screen with 326 ppi pixel density so don’t expect too many difference in screen performance. You’ll get the same EarPods and, if you care about colours, Apple is now offering the latest Touch in new iPhone colours including Space Gray, Gold and Silver. You’ll also be able to grab it in the same Pink and Blue shades as the fifth gen model as well.

The fifth gen iPod touch comes packing a 5-megapixel rear camera and a 1.2-megapixel HD camera up front – for FaceTime and selfie action. Thankfully, Apple has taken the opportunity to upgrade the rear-facing camera with an 8-megapixel sensor using the same reliable f/2.4 aperture lens. Some of the best camera modes from the iPhone 6 make the cut as well including the ability to shoot slow motion video (which is limited to 120fps like the 5S as opposed to the 240fps on the 6), play around with exposure control and the always fun burst mode. Bottom line, expect sharper images with a camera app which is still one of the easiest to pick up and shoot with. 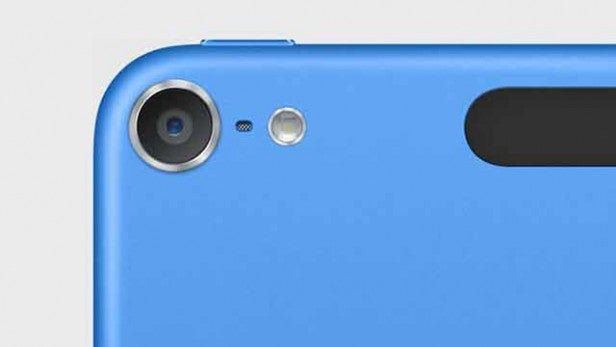 Granted you can update the fifth gen Touch to run iOS 8.4 or even iOS 9 if you fancy, so the big changes in terms of how things run with the new touch is in the power department. Now you’ll get the benefit of Apple’s A8 processor, which first appeared nestled inside the iPhone 6 and the 6 Plus. The 64-bit processor also supports Apple new Metal technology, which aims to help developers to create more immersive, console-like games. The M8 motion coprocessor is also under the hood to track steps and tap into those health and fitness apps so that powerful A8 processor isn’t draining your battery for menial tasks.

Apple has decided to give Wi-Fi support a boost adding 802.11 ac compatibility, plus a move to low-power Bluetooth 4.1, so it’ll still play nice with your wearables and portable speakers. If you’re hoping for better battery life, well it’s much of the same here we’re afraid. You can expect 40 hours of music playback and 8 hours of video playback. 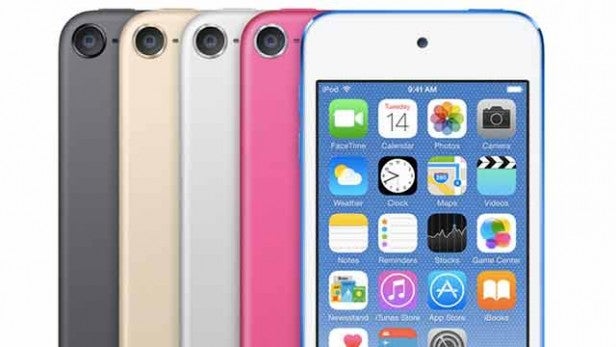 That’s right. After only offering 32GB and 64GB models previously, Apple is moving to 16GB ( £159), 32GB (£199) 64GB (£249) and 128GB (£329) versions for the new iPod touch. Now we know it’s not quite the colossal 160GB you got with the sixth generation iPod Classic, but it’s certainly a step in the right direction, and those pining for the larger capacity iPod might just be persuaded to finally make that upgrade. Incidentally, that 128GB model will only be available through the Apple website.

Are you impressed with the changes Apple has made to the iPod Touch? Would you still even buy one? Let us know in the comments section below.