2009 – Apps Get Big
Late 2008 and 2009 saw the iPhone start to become the “apps phone”. Within this period, the App Store hit two very important milestones, a hundred thousand available apps and a billion downloads. The formula for smartphone success was in place, and Apple simply had to tweak the iPhone hardware to keep the proverbial ball rolling.

The iPhone 3GS was revealed in June 2009, its biggest improvements being the faster processor, the video-capable autofocus-enabled camera (with a whopping 3.2 megapixels) and the addition of a 32GB model. Its sales trumped the two previous models at launch, and the iPhone 3GS went on to live a long and fruitful life. It’s still available to buy now, for £319, and we know of plenty of people still happily soldiering on with one. That it has managed to hold its value so well is quite staggering. 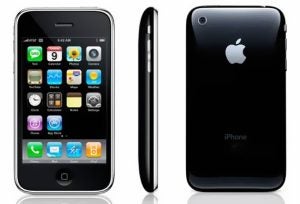 Although the phone’s processor only has 600MHz to its name, the speed boost was an important step-up in the phone’s transition to portable console-replacer. In 2009 games like Real Racing and EA’s The Sims 3 showed that the phone was capable of some impressive graphical feats – with decent gameplay to match.

Right at the end of 2009, a low-key game launch happened too. Angry Birds was released in December, by Clickgamer, the budget, no-frills arm of publisher Chillingo. It seems that no-one anticipated what a market-changing phenomenon the casual game would turn out to be. The once iPhone original has gone on to rake-in more than 500 million downloads, and has become an icon of the iPhone-led app movement.

2010 – The Return of Hardware
If 2009 was a year for the development of the software infrastructure of the iPhone, 2010 saw the focus turn back to the hard stuff. The iPhone 4 was arguably the biggest shake-up the series had seen.

In June 2010, Steve Jobs unveiled the fourth iPhone at the Apple-run WWDC event, dramatising the new smartphone with claims that it was the “thinnest smartphone ever” and the first to use a “Retina display”. The latter may have been a marketing term that many mistook for science, but it has proven to be the spec to beat in the years since.

The iPhone 4 massively improved almost every technical element of the phone. The camera went from woeful to a wonderful, with a class-leading sensor that must have contributed hugely to the decline in compact camera sales, and the phone’s processor jumped from 600MHz to 1GHz. 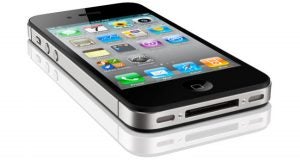 From being the early bird smartphone back in 2008, appearing well before all its current rivals, it had lost the lead on some of its advancements – plenty of 1GHz Android phones such as the HTC Desire had already hit shelves – but Apple’s phone by this point had a strong-enough grasp on the market for it not to matter a great deal, and its software was still slicker. In its first weekend, the phone sold four million devices, a figure you may remember as comparable to the first iPhone’s entire 2007 sales.

The phone was not without problems, though. It brought to us the infamous “Antennagate” scandal. When held in the “wrong” way (according to Apple, at any rate) the phone signal would drop dramatically. It caused a massive press response and plenty of jokes – which bled into the mainstream media including TV jibes on the David Letterman Show and Top Gear.

Apple responded by offering a free case to all iPhone 4 buyers. While embarrassment was not averted, a recall was.

2011, 2012 – Steve Jobs and the Future
Last year saw Apple begin to show signs of treading water, the news of Steve Jobs’s health decline all-but overshadowing the iterative effort that was the iPhone 4S. The Apple CEO and figurehead of the company died on October 5 2011, the day after the unveiling of the iPhone 4S. 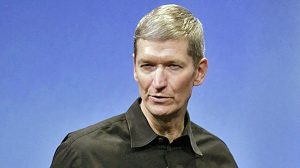 Tim Cook had taken his place as head of the company two months earlier, and led the presentation of the phone. However, reports persisted that before Jobs stepped-down due to his poor health, he was working on the iPhone 5 – rather than the 4S. It could be that we’re yet to see Jobs’s “final masterpiece”.

The next iPhone is expected to launch this September. Apple has made no official announcements about the phone, but leaked components suggest it will have a widescreen 4in display, letting it offer a larger screen without making the device much bigger. Leaked images also suggest it will have a fairly marked change in design too.

For now, though, we’ll not dwell on speculation but spend a moment looking back on what has been one of the most dramatic five years the tech industry has seen. Here’s to the next five being even better.