Apple has just announced the new iPhone SE, a smaller, cheaper alternative to the iPhone 6S. So how do the two phones compare?

This is a special launch for Apple. Only once before has it launched a brand new phone to occupy the ‘affordable’ part of its roster, and that was 2013’s iPhone 5C.

But the iPhone SE promises to be a much stronger release than Apple’s disappointing plastic effort. In order to prove that, you just need to see how it compares to the company’s current flagship, the iPhone 6S.

iPhone SE vs iPhone 6S: They look quite different

While the iPhone SE is ostensibly an all-new phone launched just six months after the iPhone 6S, it actually looks a lot more like the iPhone 5S. It’s got the older phone’s square sides rather than the newer phone’s curves.

Gone, however, are the iPhone 5S’s mirrored chamfered edges, in favour of softer matte alternative. Hopefully this means it’ll be more resistant to nicks and scrapes, like the iPhone 6S. 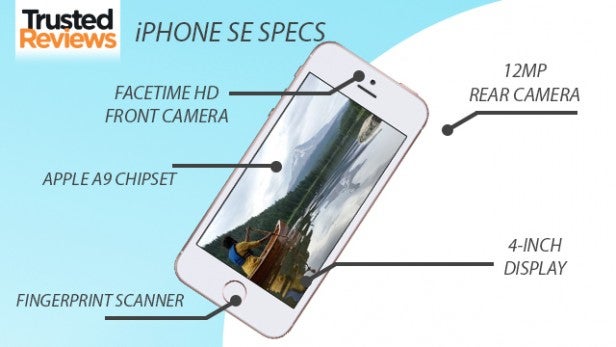 In truth, though, we’ve never been massively enamoured by the iPhone 6S and iPhone 6S Plus design language. It’s just not as attractive or iconic as the iPhone 4/iPhone 5 aesthetic.
So the fact that Apple has gone back to this previous approach – with a couple of modifications – arguably gives it the win in this round.

The main difference between these two phones is the screen size. The iPhone SE marks a return to the 4-inch form factor that Apple abandoned with the arrival of the iPhone 6 in 2014.

Some people still hanker for the days of true one-handed usage, which even the hardly-massive iPhone 6S and its 4.7-inch screen can’t quite cater for. At least, not if you have Donald Trump-sized, tiny hands.

Sadly, Apple hasn’t taken the opportunity to apply its most innovative feature of recent times to the whole iPhone range. There’s no 3D Touch in the iPhone SE, which means you can’t press harder to activate app shortcuts and the like. Shame. 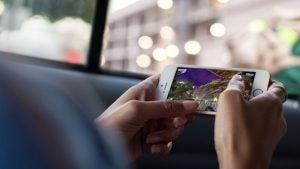 One of most impressive aspects of the iPhone SE is its power. You don’t generally expect the entry model of any smartphone range to be as capable as the top model, but that’s just how it’s panned out here.

The iPhone SE is powered by the exact same A9 CPU as can be found in the iPhone 6S. This is one of the most capable chips on the market. It means that unlike the iPhone 5C, the iPhone SE is relatively future proof. It’ll be running apps and games very well indeed for years to come. 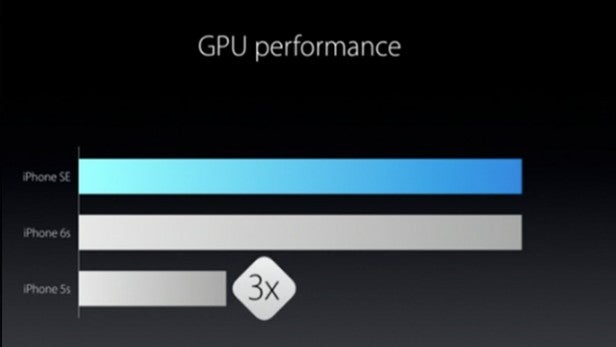 It’s a stunning one-two iPhone 6S-matching punch for the iPhone SE. Just as the two phones share a processor, so too they have the same camera. That translates to a 12-megapixel unit that’s as fast as it is reliable, and which is capable of taking some truly excellent shots in decent lighting.

Low-light shots aren’t exactly the speciality of these cameras – particularly when compared to the Samsung Galaxy S7 – but they’re still better than most.

You also get the benefit of Apple’s new Live Photos feature in the iPhone SE. This means that when you raise your phone to take a picture, it’ll automatically record three seconds of footage, helping to capture the moment in a unique way. We found it to be a bit of a gimmick when it launched on the iPhone 6S, but we’re still glad it’s present on the SE.

The icing on the cake is the 4K video-shooting capability of both. You don’t get the aid of OIS like in the iPhone 6S Plus, but the quality of the footage remains excellent if you can keep your hands steady. 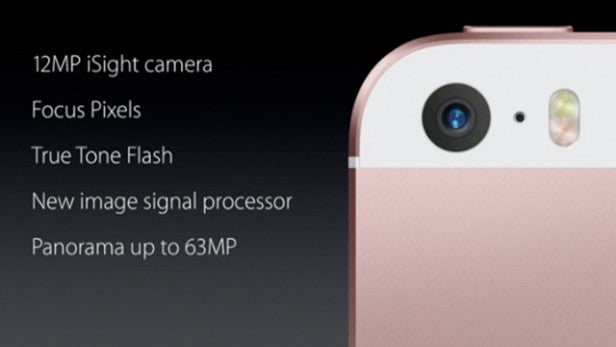 The arrival of the iPhone SE means that the entire iPhone range now supports Apple Pay. You get the same NFC capabilities in the new phone as can be found in the iPhone 6S (and the iPhone 6 before it).

This was a bit of a block to Apple’s mobile payment efforts before, as the NFC-less iPhone 5S let the side down. Unless you had an Apple Watch to go with it, of course. But hardly anyone does.

You get less of a choice with the iPhone SE when it comes to storage options. There’s just a 16GB model and a 64GB model on offer here, with no sign of the iPhone 6S’s top 128GB option.

Given that 16GB is wholly insufficient for a modern smartphone – it’ll fill up within months, guaranteed – that leaves just the one really usable model. It’s hardly ideal. Really, we think Apple should have ditched the 16GB offering across its entire iPhone range long ago. 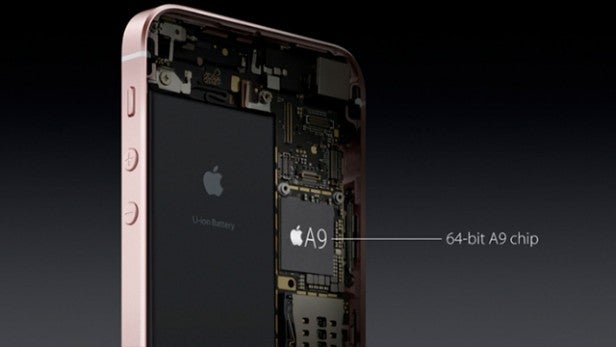 The iPhone SE may be a highly capable smartphone with similar chops to the iPhone 6S, but it’s a fair bit cheaper. It replaces the position the ageing iPhone 5S held in the range up until recently – and that includes the price.

The iPhone 6S remains the top phone in Apple’s range – or second-top, if you prefer the super-sized iPhone 6S Plus.

But the iPhone SE is an impressive alternative for those who don’t have £500-plus to spare, or for those who pine for the range’s super-compact 4-inch past.

The fact that the SE matches the iPhone 6S in two key areas, performance and camera, means that it’s tough to view it as a lesser offering – lack of 3D Touch aside. The iPhone SE brings even greater choice to Apple’s typically limited smartphone range, and that can only be a good thing.

Would you go from a 6S to an SE? Let us know in the comments below