Until last year every iPhone has come packing the iconic Home button. Of the three phones showcased in 2017 only the iPhone X, Apple’s most expensive iPhone until now, got rid of it in favour of gestures and Face ID. There are heavy rumours that the iPad will follow suit.

Apple has now announced three new phones for 2018 and beyond: the iPhone XS, XS Max and XR and none of them come with the genius clicker. Rest in peace. But what was it that made the iPhone’s Home button so brilliant, and why do so many people want it back? 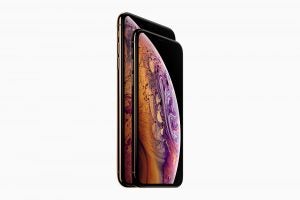 Smartphones were a hard sell when they first came along. You had clunky resistive touch screens that needed a stylus for anything requiring a deft tap, or a physical keyboard and bevy of buttons.

The original iPhone and its Home button got rid off all the fiddliness in one fell swoop. Whether you were a noughties techhead or smartphone novice the Home button gave you an instant out – a way to get back to the safety of the homescreen. It was slick and tactile, just like the iPod touch wheel and central button it took inspiration from.

Over the years the Home button has been boosted with extra features like multitasking and fingerprint recognition. The latest iteration of the Home button wasn’t a real button at all. Instead Apple used rumble feedback to simulate the feel of pressing a button, even though nothing moved at all. It was a clever feat, but now we don’t even have that. 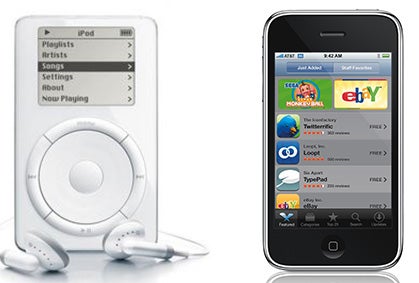 The first iPhone’s Home Button took inspiration from the iPod

Why has Apple got rid of the Home button on the iPhone?

There’s always been one big problem with the Home button, it takes up an awful lot of space. Smartphone design has evolved over the past few years to near all-screen frames that offer big displays in small bodies. Apple was falling behind the times, and that’s not the Apple way. It likes to set trends, not follow them. The Home button had to go.

That also means the end of the road for Touch ID, for now at least.

There were fingerprint sensors in phones way before the iPhone 5S in 2015. As far back as 2004 manufacturers were looking to make phones more useful and secure and its key rival, Samsung, had also beaten Apple to the punch. But, as is often the case, Apple made sure fingerprint scanning worked flawlessly before adding it to the iPhone’s Home button.

Some manufacturers, like Samsung, have moved the fingerprint sensor to the back of the phone or, as in the case of LG, always placed it there. Some people even find it a more intuitive location. After all it’s where your index finger naturally rests when holding a phone. 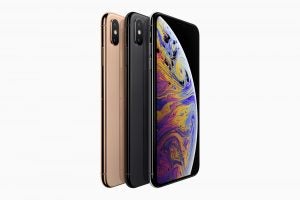 Apple hasn’t taken that route, perhaps deciding that a sensor on the rear of an iPhone would detract from its looks. Instead it’s replaced finger unlocking with facial recognition –  Face ID. It’s secure (unless you have an identical twin) but many prefer the immediacy of Touch ID, especially when using Apple Pay.

In fact,we conducted a survey at Trusted Reviews asking our readers whether they’d miss Touch ID if Apple removed it and results were conclusive. 65% of the 13,626 respondents said they will miss the fingerprint sensor when it’s gone.

This may not be the end of fingerprint unlocking on the iPhone, though. Apple filed a patent in 2016 for an in-screen fingerprint scanner, like the one in the Vivo Nex S, but it’s not in the latest iPhones. Perhaps next year.

But we digress, this is about the Home button, and it did a lot more than just unlock your phone. It could activate Siri, drop the top of the screen down to reach awkward icons, bring up the app-switcher and be configured for other tasks via the settings.

On the 2017 iPhone X, and new 2018 models (iPhone XS, XS Max and XR), these things are mostly done using gestures. So you swipe up from the bottom to access the app-switcher, for example. It takes a little getting used to, but all the features previous, buttoned, iPhones had are still there. It’s just the tactile safety-net that isn’t.

Then there’s the aesthetics. Without the little lifesaver an iPhone looks very much like any other slab of smartphone, especially from the front. 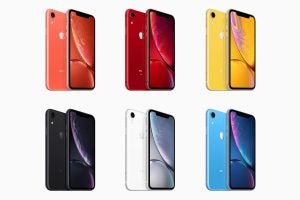 I’ll miss the Home button, but it had to go

While many iPhone users will miss the Home button there’s no doubt in my mind that it had to go. This isn’t like the 3.5mm headphone jack, a feature that could easily still be included in an iPhone without holding it back. The Home button may have made life a little bit simpler, but the sheer amount of screen space that removing it has provided is well worth it.

I’ve been using the iPhone X for almost a year now and I still get a little frustrated by Face ID and gestures, but I do find the bigger screen a more than acceptable trade-off.

So let’s remember the Home button with fondness, but recognise that progress is, usually, a good thing.