The iPhone 7 is finally here and, predictably, selling like hotcakes. But it’s easy to forget that it isn’t the only smartphone Apple launched in 2016. And we’re not talking about the iPhone 7 Plus, either.

Earlier in that year, Apple released the iPhone SE – a long-rumoured return to the 4-inch format and a spiritual successor to the iPhone 5C.

The iPhone 7 starts from £599, while the iPhone SE can be picked up from just £379, so they’re clearly aiming for two different markets here. But the difference in design and the consistency of Apple’s support means that a comparison is more than worthwhile.

So how does Apple’s 2016 roster stack up? Has the iPhone 7 really made meaningful strides forward? Is bigger really better?

Read our guide to the best iPhone.

One striking commonality between these two hotly anticipated, mould-breaking phones is that they both stem from old designs.

The iPhone 7 can lay on all the variations of black under the sun, rejig its antenna, and make its camera even more bulgey, but it’ll still be a two-year-old iPhone 6 underneath the makeup.

Meanwhile Apple didn’t even attempt to disguise the fact that the iPhone SE is the exact same design as the iPhone 5 from late 2012. That was three and a half years prior to the iPhone SE launch. 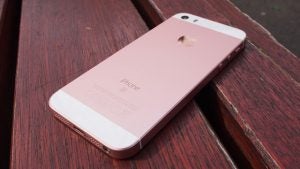 It’s all a matter of personal preference, but I would say that the iPhone SE’s design remains the more attractive, with its bold angles and flush camera. However, the iPhone 7 is the more pleasant to use for prolonged periods with its soft edges and just-right size.

Talking of which, size is the big difference here. The iPhone SE is 15mm shorter, 8.5mm narrower, but 0.5mm thicker than the iPhone 7. It’s also 25g lighter. 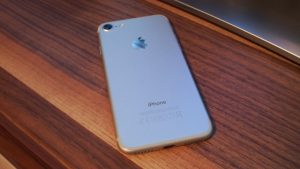 Other design differences turn out to be important features for both devices. In the iPhone 7’s favour, it has stereo speakers and it’s water resistant to an IP67 rating.

The iPhone SE has a 3.5mm port, the omission of which is perhaps the biggest controversy over the iPhone 7. This means you can plug your headphones in without a silly adaptor, which we still can’t quite believe is now a feature.

The SE also has a physical home button, which some prefer for its tactile nature. Others like how the iPhone 7 provides subtle Taptic feedback with its fixed alternative, so it’s swings and roundabouts.

If there’s room for debate over the design of these two phones, there’s absolutely none when it comes to the display. The iPhone 7 walks it.

At 4.7 inches it’s a fair bit bigger than the iPhone SE’s 4-inch display, of course. That’s about the only area where some will people will prefer the iPhone SE’s display – that and a slight pinkish tinge we noticed on our review iPhone 7, which we suspect many won’t even notice (or care about, at least). 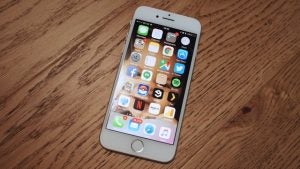 Elsewhere, the two IPS LCD screens share an identical pixel density of 326ppi, which is perfectly fine for these sub-5-inchers.

But the iPhone 7 display is significantly richer and brighter. Apple has borrowed the wider DCI-P3 colour gamut from the iPad Pro family, which makes for greater dynamic range. This means that colours look far more realistic than on the iPhone SE.

The iPhone 7 also benefits from the 3D Touch technology introduced in the iPhone 6S. This means that the display senses how hard you’re pressing. We’ve found that iOS 10 is much more usable with 3D Touch-enabled phones than with those that don’t have it, so it’s another win for the iPhone.

Again, there’s no contest in performance terms. While we were impressed that Apple had crammed the A9 CPU from the iPhone 6S into the tiny iPhone SE, the iPhone 7 naturally takes things further with the new A10 Fusion.

For the first time, Apple has switched to a quad-core setup with the iPhone 7. That doesn’t mean that the A10 has four processor cores running simultaneously, though. Rather, it has two very high-performance cores for advanced tasks, and two more efficient cores for less demanding applications. It’s a battery life thing, though it’s questionable how successful Apple has been. More on that later. 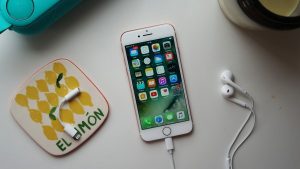 In our own Geekbench 4 tests we found that the iPhone 7 was 30% faster than an A9-equipped phone, while the new phone’s epic six-core GPU had a similar lead in the Ice Storm Unlimited test.

It should surprise no one that the iPhone 7 is significantly faster than the iPhone SE in every measurable way. Of course, in real terms you won’t notice much of a difference at all, because the A9 chip is still able to run anything you can throw at it with ease. It has the same 2GB of RAM to call upon as the iPhone 7, too, which is a significant factor in everyday tasks like switching between apps and internet tabs.

But the iPhone 7 is certainly the more future-proof of the two devices.

One of the big advantages of Apple’s devices is that you know they’re going to be well supported for years to come. Sure enough, the iPhone SE runs the same iOS 10 operating system as the iPhone 7.

Except, there are a couple of differences – chiefly concerning that 3D Touch function we mentioned in an earlier section. 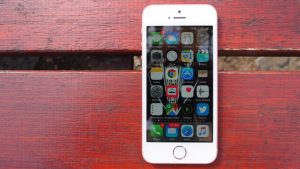 Apple has made much better use of its touch-sensitive technology in its latest mobile operating system, to the point where we can actually say that there’s a noticeable divide in usability between these two phones.

Being able to jump into quick message replies or emails from the lockscreen by pressing firmly on the notification, or bringing up quick actions by doing the same on an app icon quickly becomes second nature on the iPhone 7 – and is sorely missed when you return to a phone that doesn’t have it.

Otherwise, the iPhone SE has access to almost the exact same apps as the iPhone 7.

The iPhone 7 might not have the fancy dual-camera setup of its big brother, the iPhone 7 Plus, but it still takes better snaps than the iPhone SE.

Both are 12-megapixel units, but the iPhone 7 packs in a new six-optic lens and a wider f/1.8 aperture (versus f/2.2 in the SE) for sharper, brighter pictures in more challenging lighting conditions. To that end, it also packs in the kind of OIS (optical image stabilisation) technology that had only been found in the larger Plus range before now. 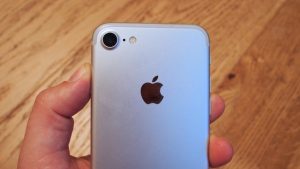 The result, in our tests, is pictures with greater detail in good lighting and less noise in bad lighting than previous iPhones. The wider aperture, meanwhile, means you can get a more pronounced depth of field effect on close-up shots.

Apple has also doubled the potency of the iPhone 7’s True Tone flash, meaning those close up shots in extremely low lighting will be better and more naturally lit.

Oh, and the front-facing camera on the iPhone 7 has also been improved to a 7-megapixel number. The iPhone SE only has a relatively meagre 1.2-megapixel selfie-cam.

Of course, the iPhone 7 also has a larger, brighter display to power, as well as a much more powerful CPU.

That latter point is why Apple has turned to its new A10 Fusion approach, with the two low-power processor cores helping to offset the greater battery demands elsewhere.

Related: iPhone Upgrade Program UK – will it save you money? 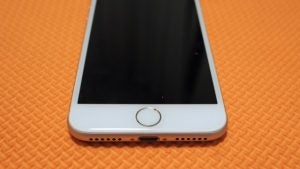 Apple claims that both phones are good for 14 hours of talk time, though it claims that the iPhone SE can get a not-inconsiderable 10 hours more music playback.

In our own real life tests, we found that the iPhone 7 was a little lacking, and struggled to get through a day of moderate use. In fact, in our review, we specifically noted that “it doesn’t even come close to the tiny iPhone SE” for stamina.

It’s a rare win for the iPhone SE in a critical area, then. 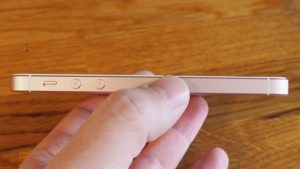 Of course, the iPhone 7 scores a win in another critical area: storage. At last, Apple has ditched the 16GB base model (which the iPhone SE starts at) in favour of 32GB.

For a modern smartphone, which is used to take countless high resolution images and 4K videos, and which often downloads dozens of sizeable games and media files over a two-year contract, 16GB simply isn’t enough.

The only other option with the iPhone SE is a respectable 64GB, but the iPhone 7 offers 128GB and 256GB alternatives – for a pretty high premium, of course.

The iPhone 7 is undoubtedly a better phone than the iPhone SE by most standards.

It’s much more powerful and has a significantly better screen, camera and storage options. The iPhone 7’s 3D Touch also comes into play in iOS 10, which actually makes it more usable than the iPhone SE in certain ways, and the new phone will also survive a dip in the bath where the older phone won’t.

But it’s not entirely one-sided. For one thing, some people continue to prefer truly compact phones, and the iPhone SE is much smaller than its tubby brother.

The iPhone SE actually has a 3.5mm headphones jack, the omission of which from the iPhone 7 has outraged a fair proportion of traditional iPhone users.

However, the biggest advantage the iPhone SE has, beside price, is battery life. We found that the smaller phone could get us through a day of usage much better than the iPhone 7, even with the SE’s smaller battery. That will be a big factor for a lot of people.

We scored the iPhone 7 lower than the iPhone SE in our tests because the smaller phone met and even exceeded expectations in key areas, whereas the iPhone 7 has a few too many flaws for a flagship phone.