iPhone 7 Plus Camera Guide: How does it work? What are the key features? Can it really emulate ‘pro’ cameras like DSLRs? TrustedReviews camera expert Amy Davies puts it to the test.

The most interesting thing about the iPhone 7 Plus is the camera. Rather than the single lens found on the standard iPhone 7, it has two lenses with different focal lengths.

Here, I’m going to explore exactly what Apple has done, the differences between the two sensors in the 7 Plus, and evaluate the new Portrait mode, which Apple hopes will give you a taste of DSLR-style photography in your pocket.

Watch: iPhone 7 Plus vs iPhone 7

iPhone 7 Plus Camera: How are the lenses different?

While the iPhone 7 has a 12-megapixel sensor 28mm (equivalent) lens, with an f/1.8 aperture, the iPhone 7 Plus has that along with a second camera, which is also 12-megapixel and features a 56mm (equivalent) lens. Basically, this means that you get a 2x optical zoom, allowing you to get closer to the subject you’re photographing without having to deploy the lower quality digital zoom.

For this generation of iPhones, Apple has equipped the lens with a wider aperture than on the previous generation. That means we now have an f/1.8 aperture where previously there was an f/2.2 aperture. The upshot of that is approximately 50% more light can be let onto the sensor, which is good news for low light shooting, and in theory at least, for creating a shallow depth of field effect.

However, this wider aperture is limited to the first camera. The second telephoto camera has a much narrower aperture of f/2.8, which means it won’t be as good in lower light situations. Although not confirmed by Apple itself, there has also been suggestions that the second camera has a smaller sensor than the first one.

It’s clear, then, that the ‘normal’ 28mm lens remains the one you’ll want to use most of the time. TrustedReviews will explore the details of that difference in the imminent full review of the phone, but as a photographer it’s the new Portrait that interests me most, so let’s get to that.

iPhone 7 Plus Portrait Mode: What it is and how does it work?

The new Portrait mode attempts to recreate the look of “professional” cameras such as DSLRs, giving images a shallow depth of field effect – what’s commonly referred to ‘bokeh’.

You can achieve this effect with even the cheapest DSLR or mirror-less camera on the market, but of course, most won’t fit in your pocket like the iPhone.

Apple talked about this new mode at length during the launch, but it’s worth noting it’s still in beta. Anyone can download the iOS 10.1 beta and use it, but there’s still time for Apple to refine and improve it.

To achieve the look, the iPhone 7 Plus uses the image signal processor (ISP) to create what Apple is calling a “depth map” from both the cameras working at the same time.

It scans the scene, determining what is the subject and what is the background in order to create a “beautiful background blur” that is reminiscent of something a DSLR (or CSC for that matter) can produce.

If all this sounds familiar, it’s because the HTC M8 attempted something very similar, albeit with mixed results, as does the more recent Huawei P9. We’ll get to the latter in a moment, but first…

How do I use Portrait mode?

Once you’ve downloaded iOS 10.1 and enter the native camera app, you’ll see along the bottom of the screen (or to the right if you’ve flipped the phone to landscape orientation) is a new mode called Portrait. Simply swipe to this just as you would any other mode. At this point, the phone will warn you that it’s in beta and that you’ll be trying out something which isn’t quite finished yet.

Next, point the phone at whatever you want to photograph. There are some caveats to using the mode, which should become clear as you start playing around with it. For starters, you need to be a certain distance away from the subject – you can’t be too close, but you can’t be too far away either.

Don’t worry, you won’t have to get the measuring tape out, because the phone will simply instruct you to move closer (or further away) as necessary. 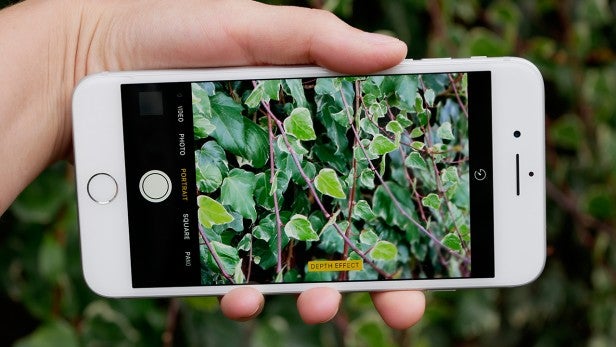 You’ll also notice that if you’re shooting in anything less than bright light, it simply won’t work. The phone will display the message “needs more light” – so there goes your idea of shooting DSLR like images in the pub, then.

Assuming you’ve got enough light and the phone is happy that you’re in the right place to take your shot, you’ll see that it displays “Depth Effect” now, and you’ll see that part of your image has that characteristic blur in place.

Just because the mode is named “Portrait” doesn’t mean you necessarily have to take a photo of a person – it should also work with just about anything that you want to isolate from the background. 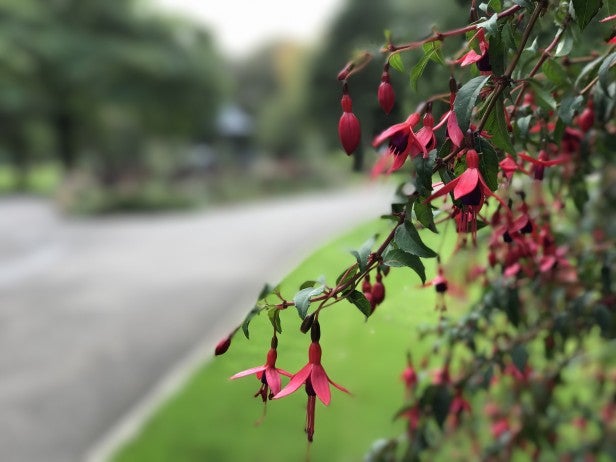 iPhone 7 Plus with Portrait mode on 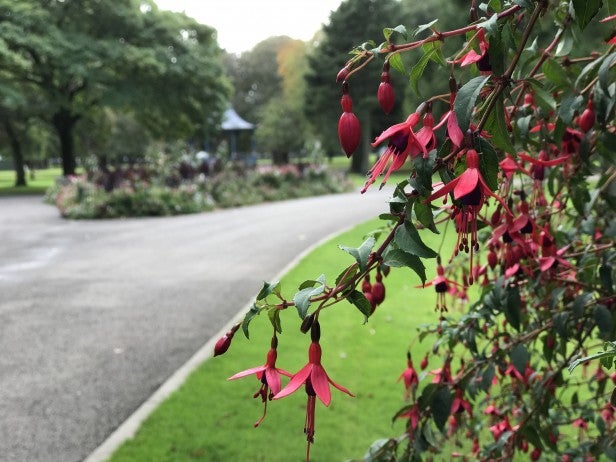 iPhone 7 Plus with Portrait mode off

When you take your photo and look back at it in playback, you’ll see that it is marked with “depth effect” amongst your other photos. If you transfer the image across to your computer, you’ll see that you have two versions of your image – one which has the effect applied, and one which doesn’t. This extra file could be useful if the mode hasn’t worked all that successfully and you want something else to work with.

Haven’t I seen this somewhere before?

The Huawei P9 has a similar mode which allows for a shallow depth of field effect to be created, but despite the fact that the camera also has two lenses, the effect is in fact software-created.

You can see in our comparison shots how well the Huawei P9’s system works – it doesn’t appear to be quite so impressive, producing mixed results depending on what you’re photographing. By contrast, the iPhone 7 Plus’ results are a lot more consistent. 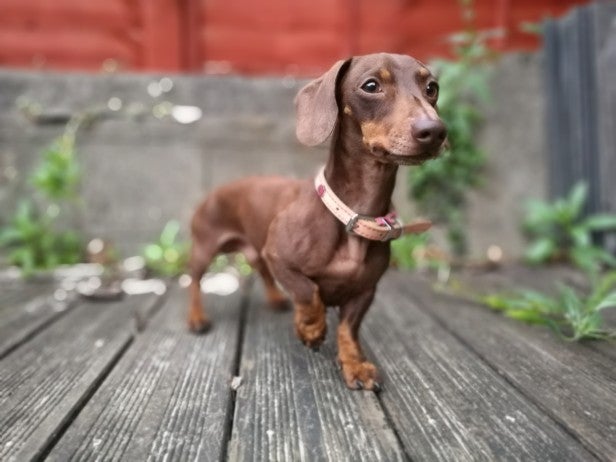 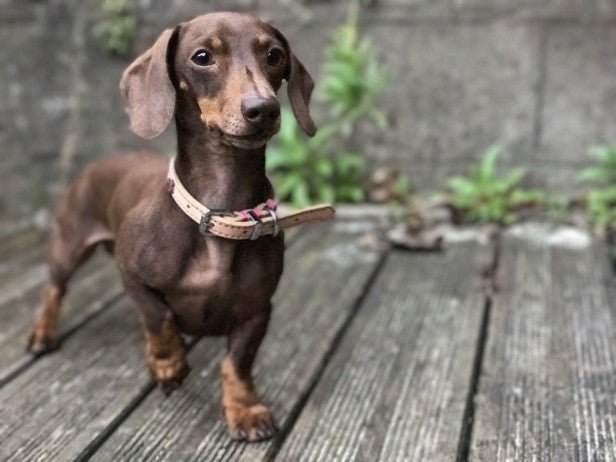 iPhone 7 Plus in lower light

Let’s deal with the big question first – can the iPhone 7 Plus match or near the effect of an DSLR? I don’t think so – you will get better results with almost any large sensor camera, even something which will only set you back £200.

But that’s sort of missing the point as this is an interesting development for phone technology, and it it’s the best example of this approach I’ve seen. It’s already better than the Huawei P9’s version, and it’s a huge step forward from HTC’s attempts with the M8, but there are still caveats.

Images taken with the mode enabled look great viewed at normal size on the screen of the iPhone 7 Plus, but if you zoom in you can see problematic areas where it just doesn’t look quite right. 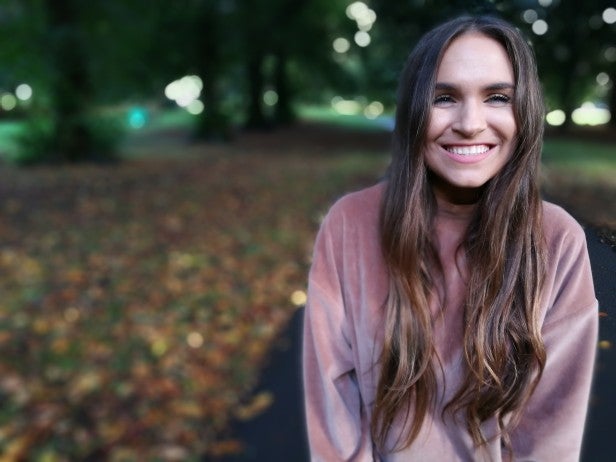 The depth effect on Huawei P9 doesn’t separate the foreground and background too well, with the subject’s arms and shoulders clearing blurring into the background. 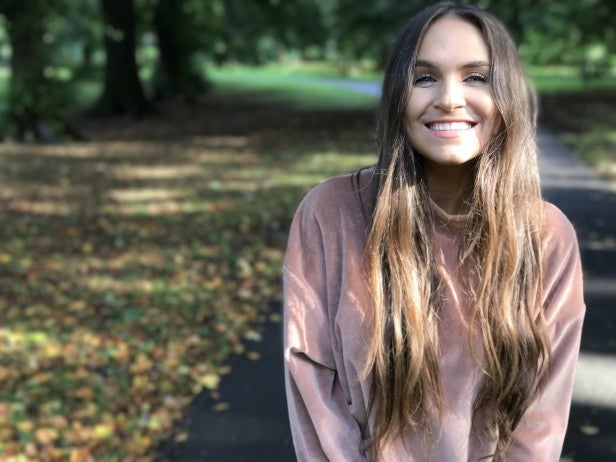 The depth effect on iPhone 7 Plus isn’t quite as aggressive in blurring the background, but the result is more pleasing as the subject and background are well-defined, albeit with small areas of softness the arms and shoulders. 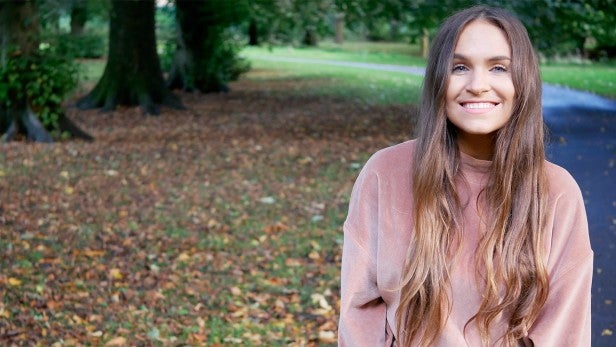 This shot, taken on a Panasonic G80, shows the iPhone’s Portrait mode is good, but still has some way to go. The subject’s shoulders and arms are much sharper, giving a really nice separation between foreground and background.

These shots show the Portrait mode works better than previous similar efforts and can create some nice looking shots. But the larger problem is it works on some subjects than others. The effect is quite pleasing on portraits, or anything with a very defined edge, but anything which is a little more complicated, such as intricate flowers, the algorithm seems to get confused about what is the subject and what is background. 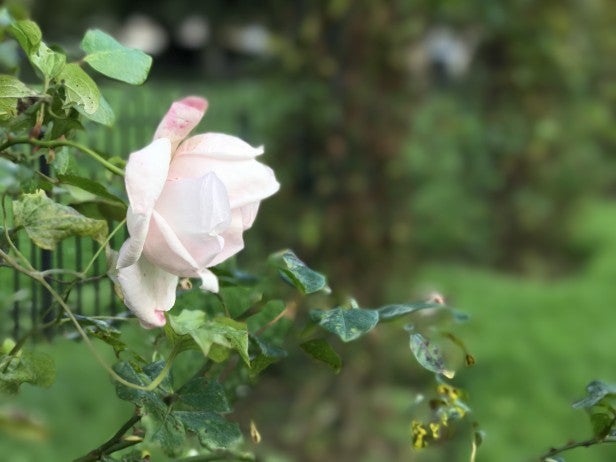 Moreover, if the light drops, then the result can be a little grainy and smudgy. In fact, in lower light conditions, the Huawei’s version generally performs better, if with more strange artefacts in the shot from time to time.

That said, for something which is still in beta, it’s a very promising start, and one which Apple will presumably refine both with this iteration of the phone, and next year with the iPhone 8, depending perhaps on how popular it is. It would be great if the clever engineers came up with a way for it to work properly when the light drops, as not all of us can be blessed with living in bright Californian sunshine.

You also run the risk of all your photos looking very similar. Unlike a DSLR where you can move around the frame and place a subject wherever you want, this mode is very prescriptive about where the subject is placed. Again, if Apple could give us a bit more flexibility with that, it would be even better.

You can download the public beta of iOS 10.1 now to test out the Portrait mode for yourself if you have an iPhone 7 Plus. Otherwise the finalised version of the software is expected at some point in November.