Now that the major Android
phones of 2014 have landed and we’ve had a chance to see what they are
made of, our attention now turns to Apple and how the Cupertino company
will try to make the iPhone 6 the best smartphone to slip into your pocket.

As
is customary each year as we build up to the next iPhone announcement,
there has been no shortage of rumours and speculation about what Tim
Cook and company have in store. Will the iPhone 6 have a bigger screen?
Is it going to be available in two models? Will it even be called the
iPhone 6?

Some have been more eager than others to second guess
what Apple is going to do next, dreaming up visions of the new iPhone
and turning them into renders and concept images to stir-up excitement.

There
are great ones cleverly drawing ideas from alleged specs and then there
are those simply just too ridiculous to ever be close to reality. We
rifled through the web to find a selection of the good, the great and
the terrible iPhone 6 concepts produced so far. 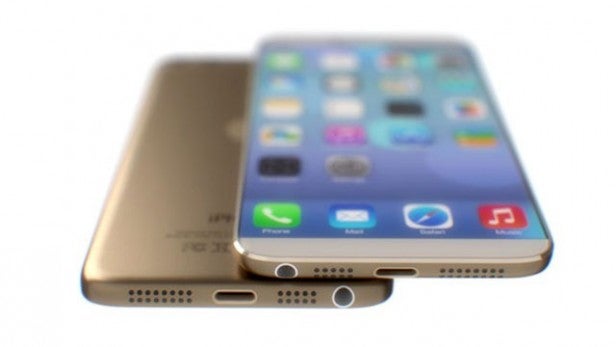 Along
with fellow designer Steve Hemmerstoffer, Dutch 3D designer and
prolific iPhone 6 concept creator Martin Hajek has come up with a set of
impressive renders, which first appeared on French website NoWhereElse.
Drawing upon a host of iPhone 6 rumours, Hajek points to a new iPhone
with a bigger edge-to-edge display, slimmer body and a radical decision
to drop the home button. A larger display continues to be one of the
most persistent rumours about the iPhone 6 with speculation that Apple
could go with anything from a 4.8-inch display all the way up to 5-inch
phablet territory.

TrustedReviews says:
A good
look, not-too-drastic changes and no wild spec claims make this a solid
vision of the future. We’re not sure how iOS would deal with losing the
Home button, though. 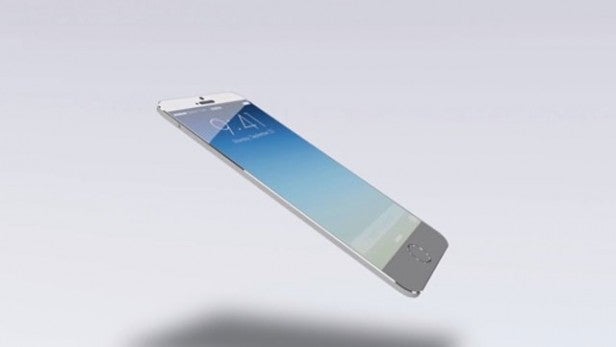 Like
Hajek, the folks at ConceptiPhone have been busy dreaming up ideas for
the iPhone 6. Sticking with the edge-to-edge theme, the chaps say this
super slim iPhone 6 concept packs a 5.1-inch display. But the phone
maintains the same dimensions as its predecessor by
removing the side bezels. It also introduces a Retina Two display for
super-sharp resolution and the ability to charge the phone via solar
power.
Other notable new features include a 10-megapixel main camera, 4K video
recording, stereo speakers and a new Lightning port.

TrustedReviews says:
It
seems unlikely that Apple
will be able to keep the same dimensions while using a 1-inch-larger
screen, but most of the basic ideas here seem sound. Solar power is
unlikely, though, as it would take a lot of sun to charge up a modern,
large-screen mobile. 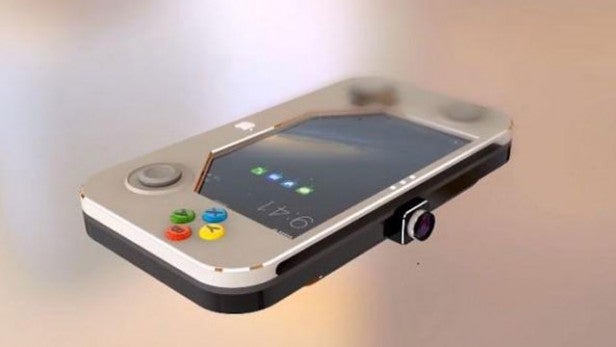 After adding greater support for dedicated game controllers like the Logitech Poweshell and the SteelSeries Stratus
in iOS 7, SCAVids points to a more gaming-centric follow-up to the
iPhone 5S. The additional iController add-on will not only make it
easier to play GTA on the move but even doubles a projector when you
want to watch a film. Featuring a more rectangular design, the 6 Pro
comes with a Samsung-style iStick stylus hidden away at the bottom, a
heart rate sensor and an LED notification light. It supposedly runs on
Apple’s A9 processor with a 16-megapixel camera to take care of
pictures.

TrustedReviews says:
Apple
would only make this sort of phone if all its top execs lost their minds
simultaneously. However, we wouldn’t be too surprised if there are a
few more gamer-centric additions in the next iPhone hardware/software
wave. 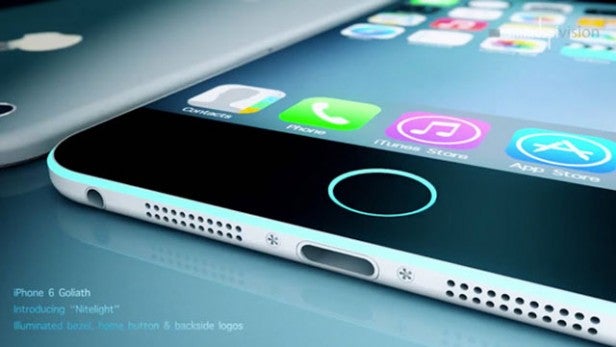 An
interesting yet ambitious take on the new iPhone, the Goliath includes
an innovative Nitelight feature that illuminates the device’s side
bezels, Home button and logos on the back. In the camera department,
there’s a 13-megapixel 3D stereo camera with a 3x optical zoom to help
take pictures from a distance. Additional specs include a 5.7-inch QHD
panel display, Apple A8X quad CPU, up to 256GB flash memory, an
8-megapixel iSight front camera all wrapped up in an aluminium unibody.
So not much then…

TrustedReviews says:
This
concept makes the iPhone 6 sound like it is made by Samsung. A 3D
camera? A near-6-inch screen? An optical zoom? None of these seem
remotely likely, although the basic slim ‘n’ metal design is on the
money. 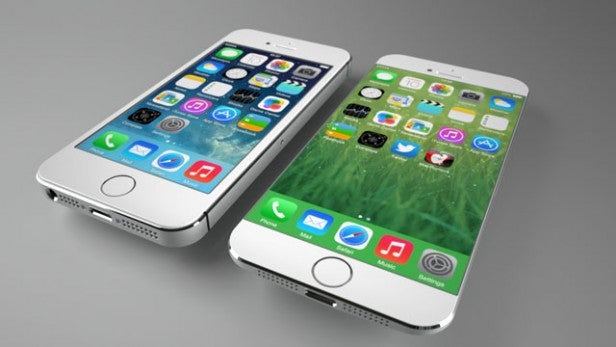 Designer
Federico Ciccarese bases this vision of the next generation Apple
smartphone on the recent iPhone 6 rumours that Apple will make both
4.7-inch and 5.5-inch screen models. Compared to the iPhone 5S,
this concept not only points to a larger iPhone but one with an
edge-to-edge-screen that has the kind of sleek styling more in line with
the Apple’s MacBook range. The back is made from full aluminium and the
display is large enough to fit five app icons on the homescreen.

TrustedReviews says:
Two
new iPhone models? We’re not sure Apple will make two brand new iPhone 6
screen sizes, but the idea of having two sizes on sale at once seems
sound. We’re likely to see the variants of the iPhone 5S/5C hang around
after the new phone has arrived. 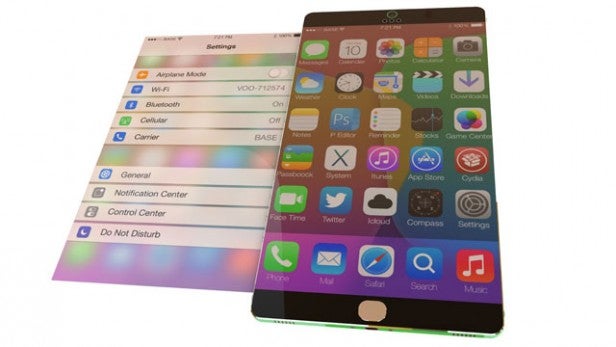 The
award for most unlikely iPhone 6 concept goes to SCAVids for conjuring
up this radical design overhaul of the iPhone 5S. To kick things off,
the 5.23mm slim design has barely visible bezels and an edge-to-edge 4K
Ultra Retina dual display. Yes, and it’s a dual display where the second
screen slides out from the top. Running on an Apple A8 chip with 3GB
RAM, it will also support auto wireless charging mode, a 16-megapixel
camera running on iOS 8.

Would you be happy if the iPhone 6 looked like any of these concepts? Let us know in the comments section below.

Next, read our iOS 7 tips and tricks feature