The iPhone 5C is the new ‘mid-range’ iPhone option. However, it’s not actually the lowest-end iPhone Apple will offer for the next 12 months. You’ll still be able to buy the iPhone 4S from Apple, for a cool £349.

But does the saving cover up all the sacrifices you need to make? Here are 10 ways the iPhone 5C is better than the iPhone 4S. 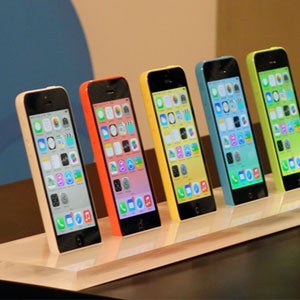 The iPhone 5C is the most colourful iPhone ever. It comes in five different colours – yellow, green blue and pinky red along with the more conservative white.

The iPhone 5 has a 4-inch screen that’s significantly longer, but no wider, than the iPhone 4S’s 3.5-inch number. The 4S has the same screen size as the very first iPhone.

It doesn’t have the same resolution as the first iPhone, thankfully. The 4S has a Retina-grade display giving it the same pixel density as the iPhone 5C and iPhone 5S.

Put side-by-side, though, you’ll notice the superior image quality of the iPhone 5C – it offers better colour reproduction and contrast.

The iPhone 4S is just a bit too old to have 4G connectivity – it was first launched in 2011. Predictably, the iPhone 5C has 4G as standard.

It’s a good time to get on-board with the 4G revolution too, as all the main networks are starting to launch their own 4G plans – until now you only had the choice of EE or nowt. It was the first company to bring a 4G network to the UK.

It also offers two hours more talk time, with 10 hours of talk time with 3G engaged, where the iPhone 4S will last for up to eight hours.

6. The iPhone 5C’s processor is much more powerful

The iPhone 4S’s processor is really starting to show its age. It’s a dual-core 1GHz Cortex-A9 chip with 512MB RAM.

Although the iPhone 5C is a dual-core processor too, its system architecture is a good deal more efficient. Its clock speed is also higher – at 1.3GHz. Put simply, the iPhone 5C is a much more powerful phone that’ll be able to hack top-end apps for longer.

If you’re a gamer, the most important difference between the two phones is in their GPUs. The iPhone 4S uses a dual-core PowerVR SGX 543MP2, the iPhone 5C a SGX 543MP3. They sound pretty similar, but the iPhone 5C has an additional processor core.

Big whoop? Yes actually, as it lets the iPhone 5C use all the graphical optimisation developers have made for the iPhone 5 over the years. And the iPhone 4S is already starting to drop off some developers’ compatibility lists. 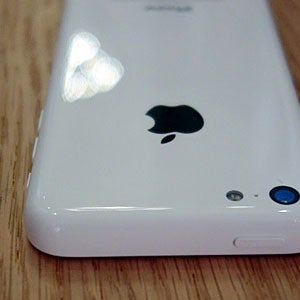 4. It’ll be supported for longer

That the iPhone 5C uses the same processor as the iPhone 5 is pretty good news for owners of both phones. It forces Apple and app developers to support the phones for years into the future. The user base will be huge for years to come.

It’s a different story for the iPhone 4S, though. As it uses significantly cut-down specs across the board, the 4S will drop off the compatibility lists of devs much quicker.

3. You get EarPods in the box with an iPhone 5C

Apple’s lower-end mobile products come with slightly different accessories than the higher-end ones. The most notable is the kind of headphones you get.

The one other main change in the iPhone 5C’s in-box bits is that it uses a Lightning port cable while the iPhone 4S has an older 30-pin cable. It’s pretty out of date, as the Lightning port has been the de-facto Apple standard since 2012.

You’ll be able to get cables easily enough, but newer iPod speaker and charging docks only tend to support the Lightning port standard.

1. Higher storage capacities are available with the 5C – 8GB is not a lot

The iPhone 4S is the real entry-level model in the iPhone line-up. It comes with 8GB of internal storage. And if you want to play games, that really won’t go far at all. Many games clock in at several gigabytes. It’s one of the most severely limiting factors of the iPhone 4S.

The iPhone 5C comes in 16GB and 32GB flavours. 16GB will also require a bit of app juggling, but it’s significantly more accommodating than 8GB.

But there are a few buts…

Saying the iPhone 4S is worse than the iPhone 5C is a severe case of stating the obvious. However, we can’t forget that the new iPhone 5C costs £120 more. The real question is whether this slew of limitations is really worth the saving.