The launch of the iPhone 5 is upon us. There’s less than a week to go until Apple CEO Tim Cook takes to the stage in San Francisco to unveil the next iPhone. But what about all those weird rumours that have now fallen by the wayside as everyone has pretty much agreed that the new iPhone will look and feel quite a bit like the old iPhone, but be a bit longer?

We’ve looked into the past to gather together all those crazy ideas we almost – for a second – believed might be true. Here are those mad predications of the last 12 months.

Read more on the iPhone 5

In fairness to Undercover Patents, it generally does a pretty good job, spending hours poring over boring patent applications in order to find hidden gems. However, we really don’t believe Apple would ever centre one of its products on anything as gimmicky and naff as a 3D camera. 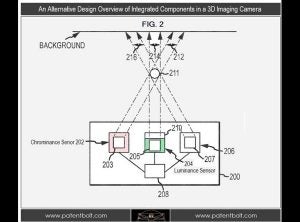 For one, it’d ruin the rear as Apple would have to stick two sensors to the back to produce the 3D images. And secondly, we’ve seen 3D cameras in phones already, such as the HTC EVO 3D. The idea was a waste of time and money then, and it still is now.

However, playing devil’s advocate for a second, with a 3D camera developers could unlock all sorts of Kinect-like depth perception fun. So… it wouldn’t be entirely pointless. But it’s still not going to happen.

Going hand-in-hand with a 3D camera is a 3D screen. The source for this rumour is a handful of comically blurry pictures harvested by 175wan, a website that seems to be about dating, or manga… or video games. We really have no idea as it’s all in Japanese. 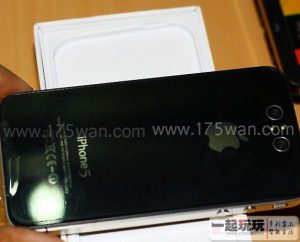 These clearly-Photoshopped pics are about as believable as the Loch Ness monster.

However, there is still some reasons for the iPhone rumour pedlars to hook into the idea of a 3D screen and camera. Apple registered a patent for a 3D-projected stereoscopic screen – although that was back in December 2010.

Although hardly any believable rumours have focused on the iPhone 5 camera, plenty of slightly unbelievable ones have. Our favourite of the lot is the multi-focus camera sensor, which was detailed in a patent submission. 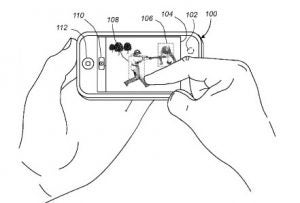 What this type of camera sensor would let you do is to tap on different parts of the screen to make different objects in-focus. Of course, you can do this with touch focusing, but the multi-focus sensor would allow you to do so after the photo has been taken. Genius, huh?

The patent details the user specifying multiple areas while taking photos, so there is some agency involved, but it would make for a new an interesting approach to photography. But we still don’t believe it’s going to happen.

A crazy haptic feedback screen was rumoured for inclusion in the third iPad. It never happened, of course, but that doesn’t mean it couldn’t show up in the iPhone 5, right? Right? 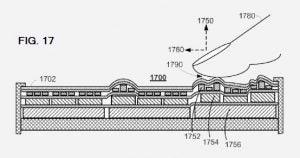 Like the multi-focus camera, this is something we’d love to see in a smartphone, because it’s genuinely interesting technology. It uses elements under the screen that grow and shrink to give the screen’s surface different textures.

The intriguing patent was unearthed by Patently Apple back in May, and details the haptic feedback working in an OLED screen. Unfortunately, we’re pretty much sure the next iPhone is going to use a fancy new in-cell IPS screen. Drat…

Like the 3D camera, fitting a pico projector into the iPhone 5 is a downright horrible idea. It’d zap the battery in about an hour, would offer heinous picture quality and would be almost entirely useless. Honestly, we’d rather watch a video on the iPhone 5’s 4in screen than the sort of projected image a piddly little pico projector would provide. 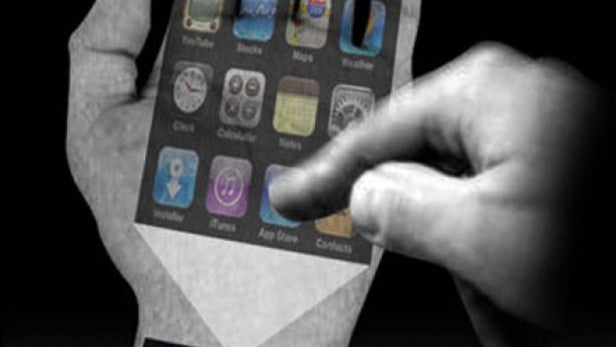 This rumour was started not by a patent either, but something a lot more flimsy – a concept design by a lone designer, Samual Lee Kwon. The design shows an LED projector that would let you project the iPhone screen onto your hand and – somehow – control it with taps on the palm. Thanks and all, but we’ll stick with a capacitive touchscreen for now.

The weirdest looking Apple iPhone 5 “premonition” of all is more like an H. R. Geiger-inspired nightmare. Meet… the Spider Claw. It uses a flexible display that wraps over the top of your hand, and is kept in place with a quintet of terrifying-looking metal claws that dig into the gaps between your fingers and wrap around your wrist. 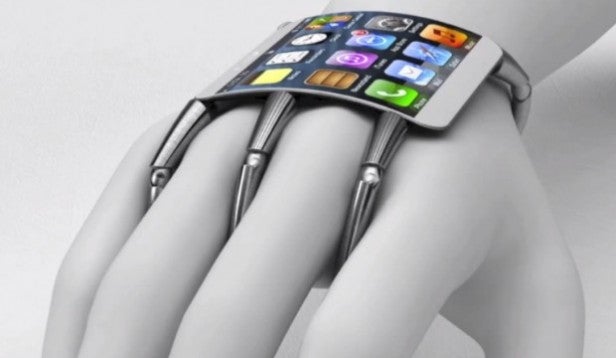 This is obviously not something made as a serious prediction of what Apple’s going to reveal next week, but it’s going to haunt our dreams for some time to come.