The iPhone 5 is here, and while a fair bit has been changed from the iPhone 4S blueprint, some people have been left underwhelmed. As analyst Anil Doradla said, the launch “did lack the “wow factor” we have seen in some of Apple’s new product announcements.”

In part, it’s because the iPhone 5 sensibly ambles on down the same path its predecessors strolled along. It’s sensible, but is it exciting? There are a number of features Apple missed out that could have changed this. Forgetting ridiculous suggestions like inbuilt projectors, optical camera zooms and haptic feedback screens, here are the ones that could actually have benefited the phone.

NFC
One of the most interesting new-ish technologies that’s bubbling under the surface, not yet reaching the critical mass needed to alert non-geeky folk of its presence, is NFC. It stands for Near-Field Communcation and is a short-distance wireless transfer standard designed to work over ranges of just a few centimetres. 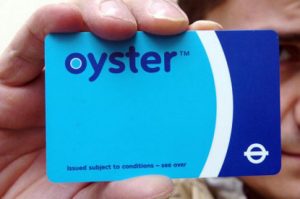 The most obvious comparison is with an Oyster card, the clever credit card-sized bit of plastic that lets you travel across Londinium. NFC has come on in leaps and bounds in the past year, but not having the iPhone 5 on-board with severely hamper its development.

At present, a handful of big high street names support wireless payments like this, including McDonalds, Pret a Manger, Subway and EAT, but you can bet this would have spread like wildfire had the iPhone 5 jumped head-first into the tech. Apple’s Phil Schiller said that NFC isn’t the solution to any “current problem”, and that Apple Passbook will let users do everything they need for now.

Passbook holds things like digital cinema tickets, digital train tickets and the Starbucks “virtual credit card”.  We’ll get to give Passbook a whirl once iOS 6 is released on 19 September, but it sounds like it won’t offer anything approaching the potential of NFC.

Wireless charging
Another missing feature, another excuse. Apple has more-or-less said that wireless charging is a bit lame, because there’s always going to be a wire involved, connecting the charge dock to the power.

We’ll hand it to Apple – the vast array of charge docks that’ll be available for the iPhone 5 within about… 45 minutes will make charging the thing in an unobtrusive way easy. But we still think an elegant, Apple-like wireless charging solution for the iPhone 5 would have been an excellent addition to the iPhone series’s design arsenal. 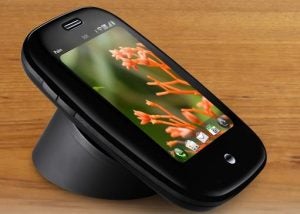 Wireless charging has only been executed well a handful of times in the smartphone world. Most notably, the stillborn Palm Pre used a rather great wireless charger called the Palm Touchstone. You only had to lean the phone against this little angled plinth for it to start charging. If only more than five people had bought the phone, wireless charging would probably be much more popular than it is today.

The best-known third-party charger is the Powermat. It works well enough, and will play ball with iPhones, but requires the use of a chunky case that ruins the look and feel of your phone.

Instead, our bet is that the iPhone 5 uses a dual-core processor with a more efficient architecture than the iPhone 4S’s A5 chip – and probably a higher clock speed. We’ll almost certainly know the full hardware specs of the iPhone 5 within a few days, or weeks at the most, but is it something that could hamper iPhone development?

Every device has a ceiling, a limit to what its innards can produce, and we could argue that using a dual-core chip is a rather conservative, water-treading move. We can understand why it has been made. In managing the power the iPhone 5 has on-tap, Apple can make sure that there’s a smooth transition between the developer support for newer and older devices – avoiding the dev mess that is Android.

It’s a sensible move perhaps, but we’d love to see what devs could do with a super-fast processor and a system as streamlined and easy to develop for as iOS.

Expandable memory
Let’s be clear – we know that there wasn’t even the tiniest chance that Apple was going to let a microSD memory card sneak its way onto the iPhone 5. No iPod has ever had expandable memory, and neither has any iPhone.

That doesn’t stop us hankering after one, though. With a 64GB microSD card, a 64GB iPhone would be a pretty decent alternative to an iPod classic – still the only way to get a high-capacity music player off Apple. Of course, it’d be a £750 alternative to the iPod classic, so no-one would actually be able to afford one. 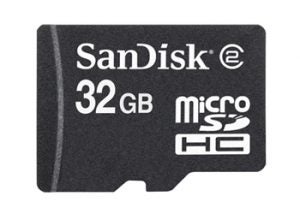 Apple haters will also point to another inescapable truth – the Samsung Galaxy S3 does have a microSD card slot. Oh, and NFC, which the iPhone 5 also lacks. That Samsung phone really is a tech geek’s wet dream.

Stylus/digitiser
A year ago, we’d never have thought of including a stylus and digitiser combo in an iPhone, but the tech is slowly crawling out of its lonely geeky bedroom to turn into a widely-accepted standard. The Galaxy Note showed that it’s not just for graphics designers and tech nerds, and now it’s to feature in a wide array of Windows 8 tablets.

But would it be a good fit for the iPhone 5? Well, it’d certainly be better suited to Apple’s latest than the previous phones. A decent expanse of screen is needed to make an advanced stylus worthwhile – the iPhone 5 is on the cusp with its 4in display. 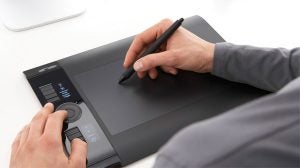 Deep-down OS changes
iOS 6 will launch more-or-less alongside the iPhone 5. And it brings a raft of new features that’ll enrich the iPhone experience significantly.

But we can’t help but feel disappointed that there aren’t more dynamic changes planned. iOS will still look and feel much as it has always done. The basic layout hasn’t changed since the system was introduced in 2007. And such a lack of progress in the tech world is extremely unusual. It speaks volumes about how good iOS was in the first place, but we imagine those deeply entrenched in the world of iOS will be lusting after something new by now. 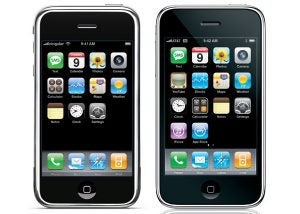 Windows Phone 8 could well lure away some from the Apple lemonade stand with phones like the Nokia Lumia 920. The new Microsoft feels just as slick as iOS, but now gives you more control over the look and feel of your smartphone’s living room than an iPhone does. A bit more anyway – virtual Life of Grime’ers will still prefer Android for its ability to let you wreak havoc on your home screens.

What do you think about the iPhone 5 feature set? Just enough, or not enough?