The iPhone 4S and iPhone 4 are both ancient in smartphone terms, but you can still buy them direct from Apple, and from most of the big networks.

Is the iPhone 4S really that much better than its predecessor. Let’s look at whether it’s worth digging a little deeper into your pockets.

iPhone 4 vs 4S – Price and History

It’s testament to Apple’s control over pricing that it can still sell a three year-old phone for over £300 – a pretty high-end price. The iPhone 4 still sells for £319 direct from Apple, a price that’s sure to get a few jaws dropping to the floor.

The 2011 iPhone 4S’s price is pretty intimidating too – £449. That gets you the 16GB edition, which is the only version you can get from Apple these days. The iPhone 4 has just 8GB of internal memory.

As their SIM-free prices are still so high, we recommend looking for a second-hand or contract deal. For an iPhone 4S, you’re looking at a contract of around £25 a month or more if you don’t want to pay extra for the iP.

The iPhone 4 is available on contracts from about £21 a month. Again, these are not super-cheap deals.

The moral of the story – getting an iPhone on the cheap is still not easy.

The designs of the iPhone 4S and iPhone 4 are virtually identical. It was with the iPhone 5 that Apple gave the phone a thorough redesign.

Both phones have glass front and rear panels, and steel sides. It’s a strong design, but the glass parts are famously easy to smash should you drop the phone.

There’s one key design change – the antenna was redesigned for the iPhone 4S after the ‘antennagate’ debacle. 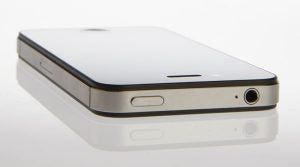 Following the iPhone 4’s launch in 2010, there was a lot of controversy because the phone signal dropped significantly if the phone was held in the wrong manner. The metal sides of the phone effectively short circuited the antenna, causing dropped calls, poor signal – the were event rumours that Apple would have to recall the phone.

With the iPhone 4S, Apple doubled up the antenna so that signal would remain strong however the phone was held.

It’s not necessarily a big consideration, though, as there’s an easy way to solve the problem – a case.

Specs-wise, the screen of the iPhone 4S and iPhone 4 are identical. They have 3.5-inch screens with 960 x 640 pixels a piece. It was the iPhone 4 that saw the introduction of the term “Retina” display, which is an Apple-derived term that means the pixel density is high enough that you can’t see single pixels. 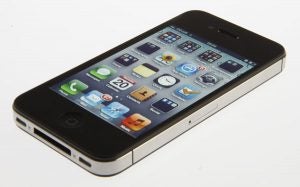 Although the iPhone 5 has a higher screen resolution, the number of pixels per inch is the same – since screen size also increased with the current top model. However, the iPhone 5 also significantly improved contrast and colour saturation.

There’s only a slight difference in image quality between the iPhone 4 and 4S. Putting them side-by-side, the iPhone 4S is slightly brighter. However, this may differ slightly between batches.

As with every iPhone, ever, the iPhone 4 and 4S do not have expandable memory. They also aren’t available in all the storage versions they once came in – Apple has gone  back to basics.

The iPhone 4 and 4S are now the ‘budget’ options in the iPhone range, despite not really being all that cheap.

The iPhone 4 has 8GB of memory, and the iPhone 4S has 16GB. 8GB in particular is problematic – it really won’t go far given how data-heavy some of the latest games are.

Compared to the latest phones, the iPhone 4 sounds seriously underpowered. It has a single-core 1GHz processor using the outdated Cortex-A8 architecture. Back in 2010 that was pretty fast, but it’s real budget phone territory these days.

With iOS 6.1, the phone feels a little sluggish at times too, tripping over itself occasionally. It’s not a disaster, but you can tell that this is a slightly older Apple phone.

The iPhone 4S still feels pretty nippy, and has a dual-core 1GHz Cortex-A9 chip. Both phones have 512MB of RAM, which is pretty low by modern standards. The iPhone 5 has 1GB of RAM, but the top Androids have moved up to 2GB of RAM.

Although they’re both getting on a bit, Apple is not dropping support for the iPhone 4 or 4S yet. Both phones currently run iOS 6.1, and both will get the bump up to iOS 7 when it’s released later this year (in September).

iOS 7 gives the system a new, sharp look designed by Jonathan Ive – the man behind the design of the iPod and iPhone.

There’s not much difference in software but, as we’ve already said, the iPhone 4S is noticeably faster in operation than the iPhone 4. 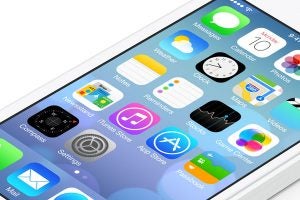 The iPhone 4S has a better lens and a better camera sensor than the iPhone 4. Both struggle in low light conditions, as they use the standard tiny phone sensor, but both are dead easy to use.

In good lighting, the iPhone 4S renders significantly more detail than its predecessor. Megapixels aren’t everything, but they are a reasonable gauge of how much detail a phone camera can get out in perfect lighting conditions.

However, they are fairly similar to use, rocking the same camera software. 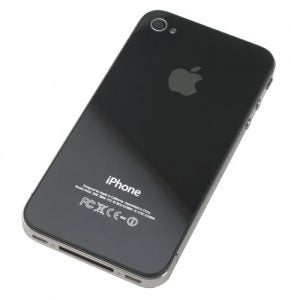 Poor as they may be at coping flash-less with dark scenes, the 4S has better low-light performance as it has a wider aperture – f/2.4 rather than f/2.8.

They may look the same, but there are many differences between the iPhone 4 and 4S. Thanks to ageing hardware, the iPhone 4 feels more sluggish than its successor – this is the most important difference between the two usability-wise. There are some games that won’t work with an iPhone 4 too.

However, it remains a good phone and if you can live with a bit of lag its differences are otherwise fairly minor.