iPhone at 10: On the iPhone’s 10th anniversary (or should that be birthday?), we take a look back at our review of the original 2007 iPhone and relive it through 2017 goggles.

A quick glance back at 2007 reveals that it was a pretty momentous year. British troops withdrew from Iraq. Gordon Brown finally wrestled the keys to Number 10 from Tony Blair. And a little known senator from Illinois called Barack Obama threw his hat in the ring for the Democratic presidental nomination over in the US.

Oh, and let’s not forget the 450kg squid that was snared by intrepid Kiwi fishermen off Antarctica…

Technology had its watershed moment, too, when one Steven Paul Jobs took to the stage at the the Macworld conference (Macworld!) in January and introduced a device that would change the humble mobile phone forever.

A few months later, on June 29, 2007, the first iPhone was released to the masses, meaning it’s now officially 10 years since we first got our paws on an Apple handset.

There have been no less than 11 iPhones since that launch, while the handset hierarchy has shifted from names like BlackBerry, Nokia, and Palm to Google, Samsung, and OnePlus.

With all this in mind, let’s take a light-hearted look back at our original iPhone review – the humbly titled, ‘Apple iPhone review‘ – penned by TrustedReviews’ co-founder and first editor, Riyad Emeran.

The original iPhone – a 2017 retrospective

With its 3.5-inch screen, the first iPhone was a veritable phablet by 2007 standards – and a glorified beer mat these days.

But it wasn’t just the size of the screen that made our jaws drop – it was that the original iPhone was, well, all screen.

With the ‘CrackBerry’ plague having infected moody teenagers and pyramid scheming business folk alike, QWERTY was the height of cool in 2007, making the keyboard-free iPhone revolutionary – or just batshit crazy. 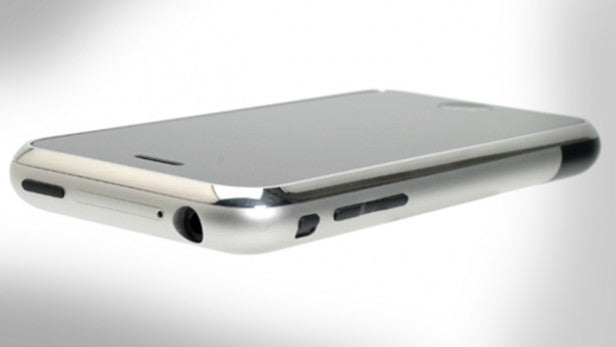 Here’s how Riyad experienced the radical design change back when most of the current TrustedReviews team were busy polishing off their A-levels and university degrees.

“I far prefer having a hardware QWERTY keyboard, than a virtual keyboard. However, Apple has managed to totally convert me to the concept of a virtual keyboard. The soft-keyboard embedded in the iPhone is so good, that I can actually type faster on it than I can on my Vario III.

“ – it takes a bit of getting used to, but once you’re [sic] fingers are used to the spacing, you’ll be cracking out sentences at an impressive rate.”

But if your phone isn’t dominated by physical keys, what the hell do you do with all that screen space? Well, if it’s 2007 and you’ve got a whopping 3.5-inch display with a dazzling 480 x 320 pixel resolution to feast your peepers on, why not catch up on the final season of The O.C.?

“Video playback is superb, and even though I don’t generally recommend watching video on a mobile device, the screen on the iPhone is so good, that it really is a viable option. I’m not sure that I’d want to watch an entire movie, but the odd TV show and music video works very well.”

Provided you’re on Wi-Fi, that is, ’cause the first iPhone didn’t pack any cutting edge wireless telecoms technology – 3G was notably absent. 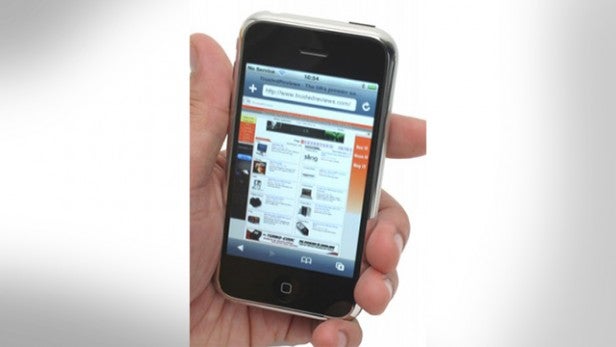 Fear not, though, because this was 2007 Great Britain, and a creepy clown in greasy, secret sauce-smeared armour was riding to the rescue:

“McDonalds is offering free Wi-Fi at its restaurants now, so even without an O2 contract, you should be able to find free Wi-Fi without too much trouble – there are a lot of McDonalds branches out there after all.”

All that screen space also meant the advent of more fully-featured mobile applications and a better mobile web surfing experience, too, not least on Safari – which, back in 2007, was apparently considered a good browser.

“Another absolute triumph for the iPhone is the mobile Safari web browser…In my opinion, mobile Safari is the single best mobile application ever! I know that’s a strong statement, but I am 100 per cent sure of its validity, and once you start using mobile Safari, you’ll probably agree with me.”

And don’t forget about all the other useful apps at your disposal – after all, this was 2007 and the iOS ecosystem was riding higher than Nickelback in the charts. 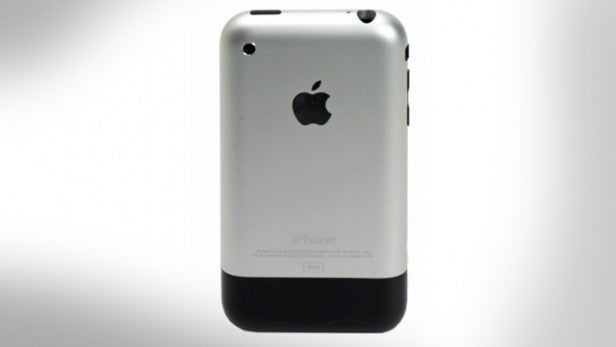 “There are some other cool bits and pieces, like the weather forecast, which you can set to multiple locations, you can check your Stock investments and of course view all your photos on that superb screen.”

The first iPhone didn’t excel across the board, however – and just like in the present day, it’s headphone jacks that we need to talk about.

“The lack of stereo Bluetooth support brings me nicely onto another annoyance, the headphone socket. Although the iPhone uses a standard 3.5mm headphone socket, Apple has recessed it deep into the casing, making it almost impossible to use third party headphones.

“For example, my Shure E500PTHs would not fit into the iPhone and I ended up having to butcher an extension cable with a knife to get it to fit…But even taking a knife to my own property was preferable to using the bundled Apple headset that comes in the box.”

You can’t miss the irony here. A decade on and iPhone users are still butchering their pricey handsets because of headphone jack issues, although the problem has changed slightly in its nature…

iPhone at 10: What the first iPhone taught us

All in all, the original iPhone was something of a mixed bag, which is often the case with the Cupertino-based company’s wares, especially when they enter a new product segment.

If looking back on Apple’s first smartphone through a 2017 filter teaches us anything, it’s that the firm’s overall strategy remains the same a decade (and an iconic CEO) on.

Adhering religiously to that naeusating “fail fast” Silicon Valley mantra, Apple will often debut an imperfect product for the sake of the principle behind it, and refine its mass market appeal thereafter.

That was certainly the case with the iPhone in 2007, as by 2010’s iPhone 4, Apple was in a position (in terms of brand awareness, the overall usability of its hardware, and the depth of its ecosystem) to turn the smartphone world on its head. 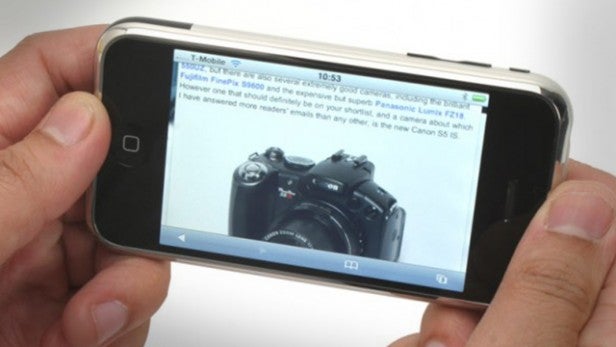 The same holds true if you look at the Apple Watch vs the Apple Watch 2 (bad vs quite good); the thoroughly underwhelming, headphone jack-less iPhone 7 (which precedes what’s thought to be another radical redesign with the iPhone 8); and the early USB-C-adopting 2015 MacBook – a feat of design wizardy rendered virtually unusable by the fact USB-C wouldn’t really start to roll out for another year.

So while products have evolved and personnel moved (or passed) on, the Apple we know in 2017 is, at its core at least (chortle), the same Apple that brought us the first iPhone in 2007; the evangelical zeal with which it introduces us to a new product and tells us why it’s so “revolutionary” ultimately belying a quiet smugness that sometimes verges on arrogance.

Apple knows what we want, yes – any company with half-decent data mining does these days – but more often than not, it gives us what it thinks we should want instead.

As an approach, it’s counter-intuitive, beguiling, and extremely frustrating; and yet every so often, it gives us something that lives up to all the hyperbole and is genuinely game-changing.

How do you remember the first iPhone? Share your most cherished memories in the comments below.