The new iPad/iPad 3 is almost certainly going to be the biggest tablet launch this year, even considering that there’s some pretty amazing competition from the likes of the Samsung Galaxy Tab 11.6. For one thing, Apple’s  iPad 2 is still the best-selling tablet, and for another it still has the largest selection of quality apps. So what are the reasons not to get its successor?

Hardware
On the hardware side, the iPad 3 is a well-made and stylish device. As a rule, Apple only uses premium material in the construction of its desktop machines, laptops, phones and tablets. From the iMac to the iPhone 4S, build quality is consistently impressive and the sleek, minimalist designs very attractive. And though it’s a tiny bit fatter and just a little heavier than its predecessor, the new iPad doesn’t break this trend.

Where Apple’s mobile devices do come up seriously lacking is connectivity. Just like on previous iPads, the iPad 3 only has a single output, Apple’s proprietary 30-pin data and charging port. There’s no HDMI video output, no microSD card slot for expanding memory or reading a card with photos from your camera, and USB port for connecting peripherals or memory sticks. Admittedly most of these things can be achieved using adapters, but these are expensive separate purchases, and they’re extras you need to carry around and remember to bring. 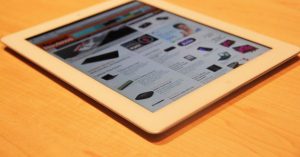 Not, of course, that every Android tablet is generously endowed, but even the Samsung Galaxy Tab offers a memory card reader, and a device like the Lenovo ThinkPad Tablet gives you pretty much every connection you could ever want.

Another thing we would have loved to have seen on Apple’s iPad 3 is a keyboard dock a la the Asus Transformer Prime. This won’t be for everyone, as some tablet owners just want their device for couch-surfing and casual gaming. However, if you want to use your tablet as more of a laptop replacement, it’s an almost essential addition. The only ‘good sense’ reason we can think of for Apple not offering an attachable Bluetooth keyboard as an optional extra, is because this might impact MacBook Air sales. 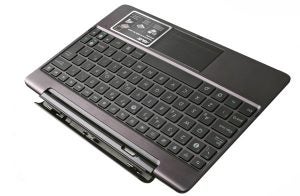 Naturally there will be plenty of third-party keyboard cases for Apple’s third iPad, like the nifty iLuv Bluetooth Keyboard Case for its predecessor. However, it’s difficult to find one that’s as elegant or pleasant to use as a first-party solution would be. They also tend to cost quite a bit on top of your initial purchase price, and they don’t add to the battery life or provide extra ports.

Though the potential user-base is smaller than for a detachable keyboard, another feature that’s missing on the iPad 3 is a pressure-sensitive stylus. Some may be happy with capacitive styli, but for artists, designers, scientists, students and certain business consumers, a more advanced digital pen is at the very least a handy tool, and in many cases essential to getting the most out of their tablet. Just check out the ThinkPad Tablet or the brand-new Samsung Galaxy Note 10.1 to see some of the potential.

Software
The last main reason to consider an alternative to the iPad 3 concerns software. Much like with Amazon’s Kindle, you’re buying into a closed eco-system with limitations and strict boundaries set by Apple. While this has many advantages, it can also stifle innovation and experimentation. Even jail-braking doesn’t free you from many of these factors.

With Android you can install custom operating systems, dual-boot with Linux for tablets, adjust the interface and icons to your liking, side-load apps without access to Google’s Android App Market, and the list goes on. There is a reason the Humble Indie Bundle came to Android and not iOS. Also, with Google’s OS constantly gaining in popularity and market share, we may yet see the balance shift in the not too distant future.

Alternatives?
It’s important to keep in mind that, even with these caveats, you’re unlikely to regret purchasing an iPad 3, thanks to its app selection, simply amazing screen and powerful internals. However, if you would like to see good alternatives, why not have a read of our iPad 3: Alternatives piece, which compares the new iPad with its competition.