Should you download iOS 9 now? Here’s all you need to know about Apple’s latest OS update and whether to hit that install button

The final version of iOS 9 is now out landing ahead of the launch of the iPhone 6S, iPhone 6S Plus and iPad Pro. But it will of course be available for iPads, iPhones and the iPod Touch you currently have nestled inside your pocket or work bag.

In fact, it’s the first version of Apple’s operating system made available for the public to try before its launch. If you’re not already locked into the iOS beta though, should you download iOS 9 now?

We take a look at the iPhone and iPad models that are worth updating and the ones you should probably hold off. We’ll update with our experiences over the coming days to let you know how we get on with the latest iOS update on other devices.

So we know that iOS 9 will run on iPhones, iPads and iPods, just not all of them. While Apple normally tries to extend the software love as far back as it can, there’s inevitably some devices that miss out.

Devices that miss out include the iPhone 4, but amazingly the iPad 2 is still in the mix. Clearly there remain plenty of iPad 2 tablets out there that Apple wants to keep going. 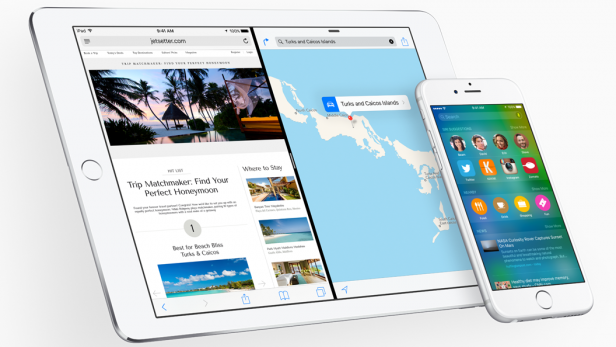 It’s great that Apple continues to support these older devices, but of all the products listed above, we’d recommend holding off just for now. Mainly because iOS upgrades tend to add a lot of background updates that could consequently hit the battery life. As we all well know, iPhones have particularly have not been blessed with great stamina.

You have to take the components into consideration here as well. The 4S and the first generation iPad Mini are based on the same core components, which show their age next to Apple’s latest batch.

The iPhone 4S and its A5 processor and 512MB of RAM is the most problematic. Apple’s OS doesn’t need huge amounts of RAM to run smoothly, but it’s still half as much any current devices and that will show. The iPad 2 has the same core specs, too.

The iPad mini (1st-gen) uses the second-generation A5 processor, which is more efficient, but it’s no more powerful than the other two.

The third-generation iPad, otherwise known as the first iPad with Retina display or just iPad 3, is a strange beast. It was replaced within less than a year by the iPad 4, and the reason lies in the processor. The 3rd-gen basically runs a super-charged (that’s probably being a tad generous) version of the A5 chip, dubbed A5X.

The tricky bit is that the GPU is much more powerful than the iPad 2 and iPhone 4S (mainly so it could drive the extra pixels), but the CPU is more or less the same — a 1GHz dual-core based on the ARM A9 design.

Chances are it should run iOS 9 well enough, mainly thanks to the extra graphics power handling the glossier effects debuted in iOS 7, but we’d wait before committing. 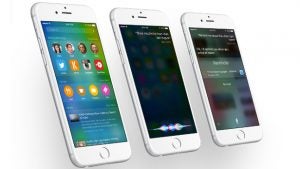 None of these should have any problems running iOS 9. They run iOS 8 comfortably. The only question, particularly for older iPhones, is whether the battery is up to the task.

In the past, battery problems have occured immediately after new
software releases are common. They normally settle down after subsequent
updates, or after a hard reset, but it might be worth waiting a few
days before updating if you want to be careful.

In iOS 9, Apple is going to introduce a new power-saving mode that should go some way to addressing that issue. As we’ve found running the iOS 9 beta on the iPhone 5 and iPhone 6
though, it doesn’t work wonders in the same way as other power saving modes appear to on Samsung, Sony and HTC smartphones.

Update – iPad mini 2: After a fairly buggy beta process, performance on the iPad mini 2 seems to have stabilised with the public iOS 9 release. There are still some choppy animations – notably when opening apps – and we’ve noticed rotating the device is often not recognised. But, our advice is to update as the new features are a nice addition.

We’ve been running iOS 9 on an iPhone 6 and iPad Air 2 since the very first beta. Early betas were very buggy, but we’ve had no problems at all recently. Battery life is fine and it’s stable. So get dowloading and enjoy the new features.

Update: We’ve been playing around with the final versions of iOS 9 on iPhone 6/6 Plus and iPad Air 2 and results seem postive. As you’d expect, the iPad Air 2 runs like a dream – thanks the 2GB RAM – while we found both 2014 iPhones handled everything we’d normally throw at them.