iOS 9 is live, but which iPhone and iPad apps take advantage of the best new features in Apple’s latest OS update? We take a look.

iOS 9 is finally here and available to download for your iPhone (4S and above) and iPad. While far from a complete overhaul of Apple’s mobile operating system, the ninth iteration of iOS is a big step-forward.

Many of the best, and most exciting, new features are under the hood. Tweaks and new APIs that developers can build into their apps to make them even better.

Whether it’s true multitasking on the iPad Air 2 and iPad Mini 4, deeper integration with Siri or 3D Touch support, these are some of the apps that make iOS 9 worth a download.

Even though they don’t see an official release until September 25, star-gazing app The Night Sky has already been updated to support 3D Touch that’s coming with the iPhone 6S and 6S Plus. So you’ll be able to tap a little harder to see more information about the stars up above.

There’s also multitasking support on iPad, a native app for Apple Watch OS 2 and deep Spotlight integration so you can search for astronomical objects without opening up the app. 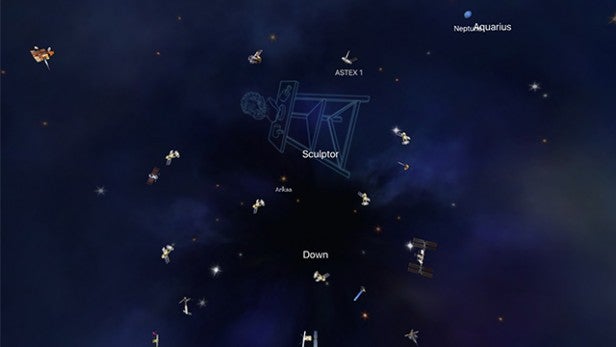 16GB device holders should be happy too, as The Night Sky implements app thinning to make the overall size of the app much smaller than before.

Parcel, a great app for keeping an eye on your incoming deliveries, has been completely re-written for iOS 9 and as a result builds in support for a serious number of new features.

First off you’ve got multitasking support for iPad and you can search for specific deliveries directly from Spotlight. Both nice additions, but our favourite is how the app can take advantage of Siri’s new found smarts. When you’re scrolling through your upcoming deliveries you can ask the digital assistant to remind you when a certain one is set to arrive. 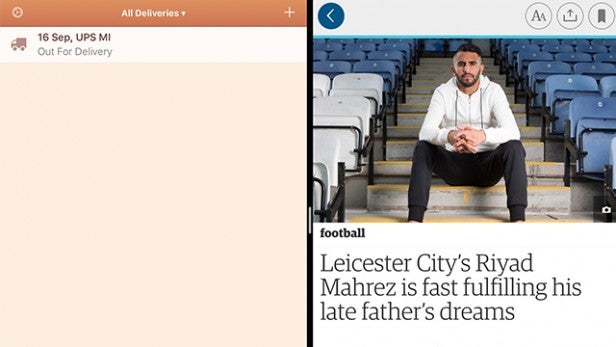 With Apple News not coming to the UK until, we expect, iOS 9.1, The Guardian’s newly updated app is the best way to stay up-to-date and take advantage of some of iOS 9’s features. On the iPad Air 2 and Mini 4 you’ll get full-on multitasking, while older iPads support slide-over. The coolest addition though is deep-searching using Spotlight. For instance, you could search for your favourite football team in Spotlight on your home screen and it’ll bring up results from within The Guardian’s app. Clever.

After seeing Microsoft on stage at Apple’s iPhone 6S and iPad Pro event demoing software running on the Surface Pro rivalling iPad Pro, it’s hardly a surprise that the company is one of the first out of the door with fully iOS 9 compatible apps. Word, Powerpoint, Excel and OneNote have all been updated to support muiltasking on the iPads, so you can run two side-by-side and copy content from one to another. 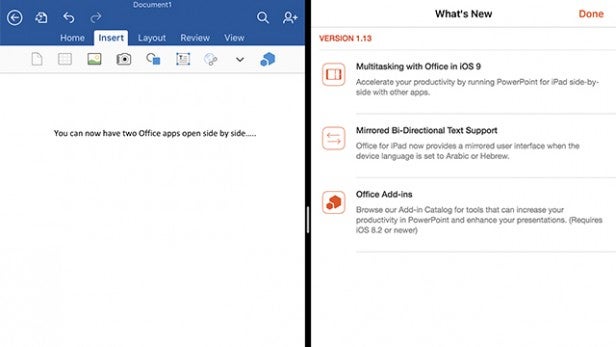 Keyboard shortcuts have also been built in, just tap the ‘Command’ on your connected Bluetooth keyboard to see all of the available ones.

There are plenty of document scanning apps in the App Store, but we’ve always had a soft spot for the well designed and functional Scanbot. It’s also one of the apps that always builds in the latest iOS features first, so no surprise it’s ready to go with multitasking support. You’ll also be able to use Spotlight to search for your saved documents without heading into the app.

BBC’s fantastic catch-up app now supports picture-in-picture, so you can keep an eye on the latest episode of Great British Menu and knock out an email at the same time. That’s multitasking done right, guys. 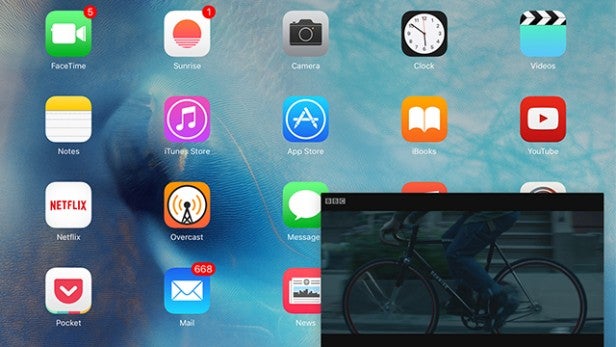 A calculator might not seen like the most glamorous app, but there’s a certain satisfying feel to quickly swiping one in from the side without leaving the other thing you were doing.

One of the lesser publicised iOS 9 features is ReplayKit. Basically, this lets you play and record a game at the same time, either to re-watch the footage yourself or share it with others. Game sharing has become big business recently, so it’s interesting to see where this feature will go in the future. One of the first apps to implement it is addictive puzzler Duet and it’s well worth checking out.