What is iOS 8 Metal?

iOS 8 Metal is a brand new technology from Apple that aims to let developers create immersive, console like gaming experiences on the iOS 8 devices like the iPhone 6 and iPhone 6 Plus.

Apple’s last operating system iOS 7 used OpenGL ES, which sits between the game and the core Apple A7 processor that runs the game. OpenGL translates functions into graphics commands that are then sent to the hardware.

But, the problem is that there’s a load of overhead with OpenGL ES, which limits the graphical prowess of iOS 7.

That’s where iOS 8 Metal comes into play. Metal according to Apple gets the games “close to the metal” (i.e. the hardware itself), making those graphic commands a lot slicker and faster than with OpenGL ES.

Metal is aimed at game developers looking to push the performance of iOS 8, both on the older A7 processor and the new A8 CPU within the iPhone 6 and iPhone 6 Plus . There’s the new SceneKit for casual game makers, but it’s Metal that is going to make the difference.

You’ve also got to remember that Metal will be even better on the new 64-bit Apple A8 processor, with its 60 per cent graphics performance and 25 per cent speed boost improvements. With Metal, Apple has given developers the tools to take mobile gaming to the next level.

Which phones is Metal compatible with?

Metal promises to offer faster mobile gameplay and more advanced mobile graphics for anyone with a iPhone 5S or later, iPad Air or iPad mini 2.

It has been designed to get the most out of the last-generation A7 processor found in the iPhone 5S, iPad Air and iPad mini 2 Retina. That means even if you’re not making the upgrade to the iPhone 6, iPhone 6 Plus or the upcoming 2014 iPad generation, you’ll still get a better gaming experience.

So although iOS 8 is compatible with earlier phones like the iPhone 5C, iPhone 5 and iPhone 4S, you won’t see any difference in games after downloading iOS 8.

What does Metal do?

Metal offers up to 10 times faster draw call rates, which are used to render all objects in a 3D game. That figure is compared to the performance squeezed out of the A7 with iOS 7. Overall, you should get a more responsive game that’s faster and offered far more detailed environments.

There’s also improvements to game load times, as Metal introduces support for precompiled shaders. These are important for a realistic game, as they affect how the environments are coloured and lit.

If you watched the WWDC keynote, this was shown off by Epic Games with Zen Garden. The app is free to download on the App Store now, and lets you play with koi cart in a pond, sand and water to show off the power of Metal.

Of course, Metal isn’t just an improvement for your games. It’s just as important for the functionality of all the other bits of your iPhone or iPad. Metal improves the responsiveness of your GPU and the capabilities of your photography, videos and audio amongst other things.

Software will overall run a lot faster with iOS 8 and on the new batch of iPhone 6 models too.

What about battery life?

Now Metal sound great, but the harder the graphics API has to work, the more battery life it will suck from your iPhone or iPad. Battery life has always been an issue with iPhones, so will Metal make it even worse?

Well, apparently Apple has an answer for that too. Metal strips out most of the overhead, streamlined the API and unified the language between code and pixel, the GPU actually has to work less to offer a more immersive gaming experience.

We’re still in the process of putting the iPhone 6 and iPhone 6 Plus to the test in terms of battery life and we’ll keep you posted whether this is 100 per cent true. 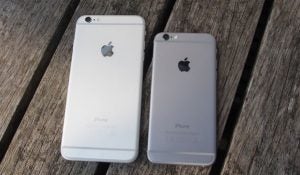 “Quite literally this is PC gaming graphics in your pocket”, said Dave Burke, Google’s Director of Engineering for Android at Google I/O.

Google is working with hardware manufacturers like ARM, Imagination Technologies, Nvidia and Qualcomm for AEP and developers already have access to the technology.

During Google I/O, the company showed a demo of the Unreal Engine 4 running on Tegra K1 hardware, showing off enhanced water reflections and lighting effects.

What could it mean for Apple TV?

Now, Metal is optimised for the Apple A7 processor, a powerful 64-bit custom chip. The Apple TV hasn’t been refreshed since 2012 and so features the 32-bit Apple A5 processor found in the iPhone 4S.

An Apple TV refresh has been on the cards for quite some time and Metal could be a hint to Apple’s future plans.

If Apple kits out its next set-top box with a 64-bit processor – either the A7, A8 or something in 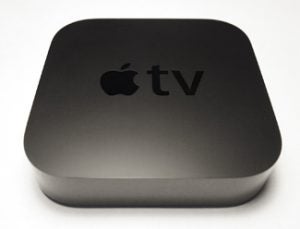 between – it could be the prime device to offer the best gaming performance for iOS games.

Metal is pretty much destined to be on a bigger screen, whether that’s the 4.7-inch iPhone 6, 5.5-inch iPhone 6 Plus or a larger one like the iPad Air. However, with those graphical improvements, iOS 8 and Metal could be preparation for iOS games hitting the biggest screen in your home – your TV.

Amazon’s already done it with the Amazon Fire TV and Google’s doing it too with Google TV. Apple is in a prime position to strike with an inexpensive set top box with console quality title thanks to Metal.