Apple has released iOS 7.1. It’s the first significant update made to the iPhone 5S and iPad Air OS since iOS 7 redesigned the platform back in September 2013.

Here’s what is new in the latest version of the operating system.

CarPlay integration
One of the main changes in iOS 7.1 is that is makes way for CarPlay, the in-car system that lets you control your in-car entertainment and GPS with Siri. You won’t see it as an app, but it now incorporates the back-end needed to make it work within a CarPlay system.

We’ll start to see the first CarPlay vehicles roll-out later this year. Find out more about it in our CarPlay feature. 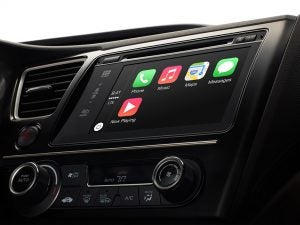 Parallax wallpapers switch
A feature introduced in iOS 7 was parallax wallpapers. However, some people experience nausea or performance issues when using these ‘scrolling’ wallpapers. Consequently, Apple has added a switch that lets you turn off the parallax effect completely at the point when you set the wallpaper.

It’s a minor interface tweak, one that makes sure iOS doesn’t turn anyone off.

Male and female voices for the UK
Before iOS 7, we in the UK only got to experience Siri with a rather plain male voice. You can now choose between male and female voices, and the tone of the male one has altered. It has a little more character than before, with a slightly camp-sounding inflection.

Auto HDR on iPhone 5S
One of the more useful tweaks in iOS 7.1 is an Auto HDR mode. It switches HDR on when it’s needed, but this is only available in the iPhone 5S. We imagine this may be down to the extra computing required causing a tiny, tiny slowing-down of the camera app in older phones like the iPhone 5 and iPhone 4S. Apple gets funny about these things.

HDR is indispensable when you want to take backlit photos, or shots of anything with very bright and dark areas. It increases detail in each extreme and usually solves and overexposure issues.

Better Siri interface
iOS 7.1 lightly tweaks the way Siri works. It listens while you press down the Home button, making it a little faster to respond rather than the way it used to function.

You can still use it as before, though, using the on-screen microphone button to make Siri listen.

Performance increases for older devices
Apple says it has increased performance in older iPhones, specifically the iPhone 4. This is the oldest phone that supports iOS 7, and it suffers from some quite un-iPhone-like performance issues when using iOS 7.

We assume Apple received a barrage of complaints from iPhone 4 users, and it has focused on improving the situation in iOS 7.1. Using an iPhone 4? Let us know how it performs with iOS 7.1 in the comments. 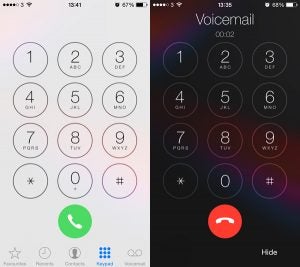 Redesigned dialler
The dialler and call screen have both been given a slightly visual refresh that’s more in-line with the style of iOS 7 as a whole. Rather than having to swipe across the screen in a green block to take calls, there are now separate accept and reject buttons in the typical green and red colours.

It’s the sort of change you notice for a day and then forget forever, but it’s there. 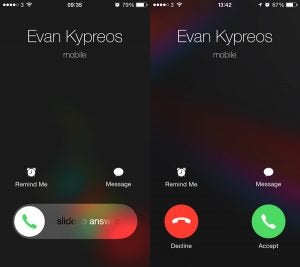 New unlock, power off animations
In a similar vein, the power off and unlock sliders have been given a minor tweak. They’re now more prominent. Functionally, there’s no real difference, though.

Is it worth upgrading?
The iOS 7.1 update doesn’t make any dramatic changes. Most of you might not even notice any difference, but as there are seemingly no destructive changes, there’s no reason to hold off uploading. Those who benefit the most this time around are iPhone 4 who, we’re told, get an appreciable performance boost.