We delve into Intel’s latest manufacturing process to find out what’s
next for your PCs and laptops – and to explore the company’s plans for
smartphones and tablets.

There are only a handful of firms
that truly move the semiconductor industry forward, creating the
products that sit right at the heart of the electronics devices we all
love to use today. AMD, ARM, IBM, Qualcomm, Samsung and TSMC all play
their part but the top dog  is Intel, whose products have been powering
our PCs for decades.

Crucially, not only does it design the chips
but it makes them too. This gives the company a unique advantage by
being able to exclusively use its chip designs with its latest
manufacturing techniques.

Its because of this there is so much
clamour around Intel’s latest 14nm manufacturing technique as the
Broadwell chips that use it are the first of their kind.

What’s
so important about 14nm? Well it’s smaller than 22nm (Ivy Bridge and
Haswell) and this brings power saving and performance benefits, making
for slimmer and lighter products that have longer battery life.

So that’s the main benefit here but just what makes 14nm tick? 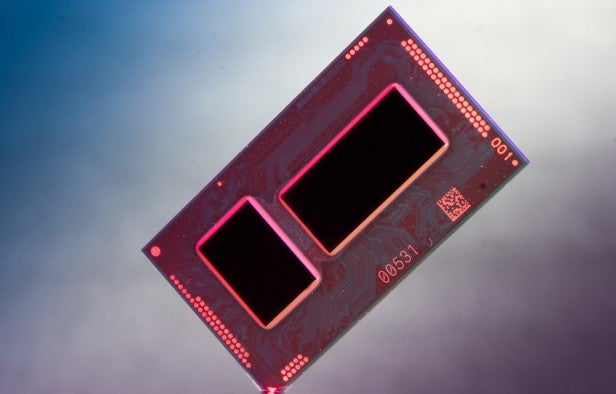 Reducing the size of
these transistors has a multitude of benefits. For a start, because of
the way integrated circuits are built on fixed-size sheets of silicon,
by making each circuit smaller you can build more on any given sheet.
This reduces the cost per transistor and increases the value for the
customer.

Alternatively you can fit more transistors into the same space, giving you greater performance for the same cost.

What’s
more, by reducing the distance between transistors you decrease the
amount of power required to activate them and to get a signal from one
to the next. The results is a reduction in overall power consumption.

This
again has two alternative benefits. You can either choose to have the
same performance for less heat and power consumption, and thus bet
better battery life – or reduced electricity bills. Or you can make a
chip that delivers more performance for the same power usage.

This
duality of benefits is summed up by the products Intel is now offering
that are being built on Intel’s 14nm manufacturing technique. The
Broadwell-Y (Core M) products are a little slower than older chips but
use far less power, allowing for the latest in super-thin, light and
sometimes passively cooled (no fans) machines.

Meanwhile
Broadwell-U (Celeron, Pentium, Core i3/i5/i7) chips provide a boost in
performance for little to no increase in power consumption. 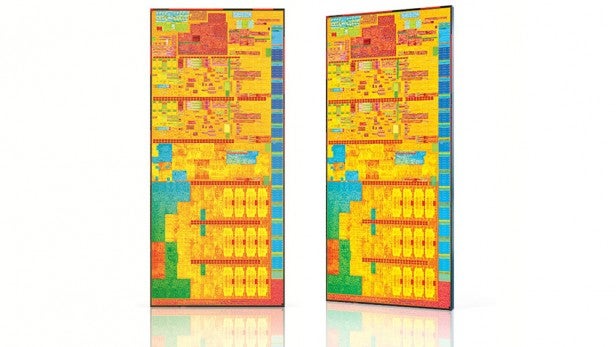 A Big Move in Mobile – Core M and Broadwell-U

While 14nm clearly has benefits, then, the move to using it hasn’t been without its problems, indeed Intel admits that this has been its toughest challenge yet when it comes to a change in manufacturing process.

The smaller wafers are trickier to manufacture successfully, which means that Intel doesn’t get as many usable parts out of every batch – in tech terms, that’s described as a bad yield.

The 14nm parts started life with much poorer yields than their 22nm predecessors, and they’re only just catching up – and won’t reach parity until the end of the year.

The poor yields mean that Intel has modified its original 14nm plans. successfully, so only mobile-centric products have so far been released with the desktop versions (Broadwell-H) set to arrive later this year.

Perhaps the most exciting of these are the Broadwell-Y or Core M products. These have a Thermal Design Power (read: maximum power consumption) of just 4.5W which compares to around 15W for more conventional Broadwell-U parts.

In truth, a lot of the benefits of Core M are due to simply using lower clock speeds and in turn having greatly reduced performance but with the new manufacturing process it allows Intel to offer a chip that provides ‘enough’ performance while having the chip use so little power that it can be passively cooled and use very little power – something which just wasn’t as feasible on previous manufacturing techniques.

As a result we’re seeing products like the Asus UX305 which are incredibly thin and light yet offer nearly 12 hours of battery life and ample performance for day to day computing. And we’re talking proper a proper Windows or MacOSX experience here, not the basic mobile worlds of Android and iOS. 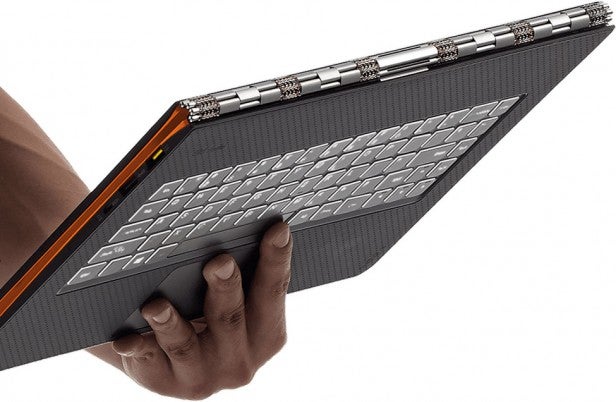 There are also sub-10mm thick hybrids from Lenovo – such as the gorgeous Yoga 3 Pro – and other devices from Asus, Dell and Acer.

Meanwhile Broadwell-U products offer another step up in battery life for more conventional laptops while also providing a boost in performance.

The start of 2015 has seen a steady stream of new Broadwell-based mobile products, which are certainly exciting but if you’re after a boost in desktop PC performance then you’ll have to wait a little longer.

Traditional
LGA 1150 desktop processors are slated to arrive in the second quarter of
2015. They’ll top out at 65W, which is 19W less than Haswell
equivalents.

Beyond Broadwell, the next big step for Intel will be what is known as a ‘tock’ in the company’s tick-tock product development cycle. Manufacturing process changes happen one year and are known as ‘ticks’ while brand new designs come along the next year, and they’re known as ‘tocks’.

The next big tock is Skylake, which will actually be arriving quite soon, with an announcement in August expected. This creates something of a dilemma for desktop PC users as Skylake will use a new LGA1150 socket, so will require new motherboards. As such many may skip Broadwell altogether as the wait for Skylake won’t be much longer – such is the problem with having delays in new manufacturing processes.

Skylake will also bring with it support for PCI Express 4.0, Thunderbolt 3.0,
SATA Express and improved integrated graphics on chips that retain the
14nm manufacturing process.

Looking even further ahead, after Skylake comes Cannonlake, which is a tock so it’ll shrink the Skylake architecture to 10nm rather than
introducing many new features.

Intel might
have forged ahead with its 14nm process, but its move towards greater
efficiency and performance – and, therefore, towards mobile – brings it
in line with ARM.

The Cambridge-based firm rules the roost in
tablets and smartphones and has made designs towards larger systems, so
it’s no surprise that it’ll cross swords with the new, mobile-friendly
Intel.

ARM’s current lineup is dominated by its Cortex-A parts,
which range from the modest A5 to the powerful A17 with five other chips
in between. The current Cortexes are fine for a wide range of
smartphones and tablets – Samsung’s smartphones and Nvidia’s Tegra parts
both use them – but they’re 32-bit parts that can’t really compete with
what Intel offers, as they’re all 32-bit chips with smaller caches and
often with lower clock speeds. 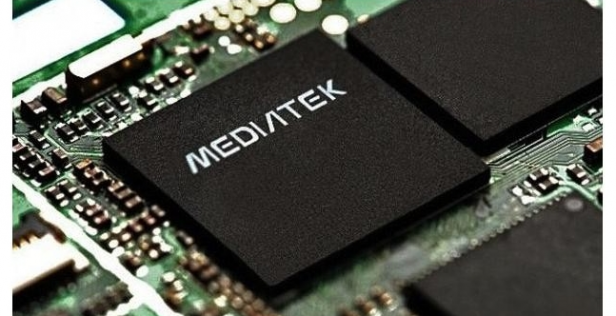 ARM’s
planned roadmap could change all that, and bring the firm into direct
conflict with Intel’s forthcoming parts. Its Cortex-A53 and A57 chips
will support 64-bit computing, which means that they can address larger
amounts of memory as long as software is coded to support 64-bit
processors.

ARM’s move to 64-bit processing means that
smartphones and tablets will become more powerful, which could scupper
Intel’s plans to further grow in portables. That’s not the only
potential implication, though, as ARM’s 64-bit chips could easily make
the move to modest laptops – an area where Intel has dominated with
Celeron, Pentium and Core i3 processors.

And ARM already has a
bit of form when it comes to areas that have traditionally been
dominated by big players like Intel: AMD has designed an ARM-powered CPU
for servers and, on launching its Operaton A1100 chip, it alluded to
huge cost savings when compared to Intel. AMD reckons that chip provides
great performance for applications that need low-power computing, huge
memory support and plenty of storage.

Traditional
processors and mobile hardware used to be almost entirely separate, but
a host of factors mean these worlds are converging: the chips used
inside PCs and laptops are being developed for power efficiency rather
than performance, the hardware inside smartphones and tablets is
becoming increasingly powerful, and the devices themselves are now
blurring form factors – we’re seeing more hybrids and phablets than
ever.

Given these conditions, it’s no surprise that the main
firms are converging, with ARM blurring the lines between mobile
processors and traditional chips, and Intel further shrinking its own
components to improve performance and efficiency.

Intel’s move to
14nm is a big jump – an increasingly difficult move that they’ve pulled
off with aplomb – and it’s going to pay dividends in all kinds of
devices, from desktop systems and Ultrabooks to tablets and hybrids.
It’s the clearest indication yet that Intel sees its future in mobile.