IFA 2013 kicks off this week, and it’s where we’ll see new bits of tech unveiled from almost all the big names in technology. New phones, new smart watches, new TVs and more will all be revealed.

Here are the top five things we’re looking to get up close and personal with later this week.

What is it?
The third instalment of the Note 3 series is likely to take everything the Galaxy Note 2 had and crank it up a notch. That means you get a large-screen phone with a smart pressure-sensitive stylus that makes pretty natural-feeling handwriting on the screen possible, and most likely an upgrade to a 5.7-inch screen and faster processor than even the Samsung Galaxy S4. It’ll also reportedly have a whopping 2.5GB of RAM.

Why should I care?
For real phone geeks, the Note-series devices are the true Samsung flagships. They pack-in more interesting technology, and the stylus makes better use of the expansive screen than a standard Galaxy phone could ever hope to. 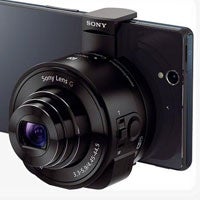 What is it?
The Sony Lens Camera series marks the arrival of a pretty a new concept. It’s a camera lens and sensor that you attach to your phone, using the phone’s display as the preview window for your shots. There are reportedly two differenct lens cameras, one equivalent to a mid-range superzoom and another with a sensor similar to the fantastic Sony RX100 advanced compact.

Why should I care?
It may turn out to be a complete flop, but this is Sony taking a bold sideways look at ways to alter its new products to fit with the way we use them today. We’ll try and get a hands-on with these new cameras, assuming they turn up at IFA this week.

What is it?
Smartwatches – they’ve been made before, but none has been a success beyond the indie favourite Pebble watch. But Samsung and Sony are giving it another go this IFA. It’s heavily rumoured that the two tech giants have their own smart watches, the Samsung Galaxy Gear and the Sony SmartWatch 2. Both run Android.

Why should I care?
This could be the point at which smart watches click into place, thanks to improved battery tech, low-power Bluetooth 4.0 and the screen pixel density improvements we’ve seen in the last couple of years. Or they’ll crash and burn again, and we get to have a good laugh. Either way – we win.

What is it?
4K is the future. At least it is if you listen to the big TV makers. 4K TVs are a ways away from replacing your 1080p LCD TV – they still cost thousands of pounds, and aren’t widely available. We’ve already taken a look at a Samsung 4K TV and a Sony 4K TV, and next up is fellow TV behemoth LG. The company is expected to announce that its 55-inch and 65-inch 4K TVs are coming to the UK.

Why should I care?
This marks the first full wave of 4K TVs to come to Europe. Panasonic is also set to release a 4K LCD television, but as a master of Plasma rather than LCD, it may take the company a little longer to reach the heights already scaled by Samsung and Sony.

What is it?
The Honami, also known as the Sony Xperia Z1, is – fingers crossed – what the Xperia Z ‘should have been’. After initially thinking that the Xperia Z was pretty special, we ended up feeling quite disappointed in it. The glass-covered plastic shell of the Z is reportedly being replaced with metal and glass, and the camera is being massively improved, with a 20-megapixel 1/2.3” sensor – much larger than that seen in most phones.

Why should I care?
Although it’s likely to slip into 2014, this could prove to be one of the very best phones of the year tech-wise. Sony seems to have responded to all the complaints levelled at the Z in this phone. And its camera really does sound quite special.

We’ll be going hands-on with all the newest gadgets at IFA 2013, so stay tuned for more over the next few days.

Next, read our Xbox One vs PS4 comparion