OPINION: Hey guys, in case you didn’t know, the Nothing Phone (1) has transparent casing and a light-up back that’ll signify notifications. It’s practically all that’s interesting about it, on first glance.

And that slight tweak of the typical mobile phone design language has the company’s founder, former OnePlus chief Carl Pei perched on a mighty steed, ready to call out the rest of the crowd for being boring.

In a world of smartphone manufacturers churning out the tech equivalent of denim Levi’s 501s, Nothing is essentially coming in with a bedazzled pair and saying “look at me and how new and innovative I am?”

Of course, that’s not exactly what he said. In fact, what he said is a quite reasonable and accurate assessment of the current status quo. However, the Nothing Phone (1) does little to address the design stagnation beyond an LED light array and a clear casing exposing the charging coil and internals.

“You have a few big companies and the way they work is more structured and systematic,” said Pei in an interview with Engadget.

“They have technology roadmaps from partners like Qualcomm, Sony or Samsung Display, so they know what’s coming. They do a lot of consumer research, they get their feedback and they look at their competitors and the overall market landscape.

All this would be very well and good if the Nothing Phone (1) brought some true design innovation, beyond the what’s probably going to be hidden behind a case anyway, if you want to look after the thing.

For starters, I’m not in the same camp as Marques Brownlee, who in a video hands on, said he missed having an LED light telling signifying a notification. With all due respect to Marques, who does a tremendous job, I found those utterly distracting first time around. I believe that’s why manufacturers got rid of them.

Yes, you can see some of the internals, but those internals are still very much the same. The screen, with its punch hole camera, is the same. The processor is largely the same, but not the best around. I’m sure there’ll be some decidedly average cameras too, just like the old OnePlus phones that were sought after but never quite hit the “flagship killing” heights, until the company started charging flagship prices. Not even the approach to marketing and selling this phone is new, it’s lifted almost directly from the OnePlus playbook Pei helped to write.

There is innovation in the smartphone hardware world. Samsung is showing that with the Galaxy Z Fold and Galaxy Z Flip series of handsets, which have won me over to there idea of foldable phones, backed by Google’s work with larger displays in Android. This effort looks like someone dropped an iPhone 12 running Android in to a bucket of bleach.

Actually, sorry, what am I thinking. It’s a design where “raw technology meets human warmth,” according to the guff from Pei who wants to “bring people people back in time to when they felt more optimistic about gadgets.” I’m guessing that’s a work in progress then?

Look, I’m kind of bored with the current state of the smartphone world too, but if you’re going to call it out then you have to back it up with more than just bells and whistles and truly meaningless language about “human elements.” There’s nothing truly unique here. Nothing has just piggybacked on what others have achieved, changed the wrapper and called it progress.

If Nothing can provide a true alternative to the design stagnation we’ve seen from the world’s most essential (pun intended, Nothing’s work is based partly on the short-lived Essential company’s IP) gadget, then everyone would welcome that. Myself included.

Just don’t serve me beans on toast on a slightly different plate and tell me you’re a culinary revolutionary.

Fast Charge: Don’t judge the Nothing phone(1) by its cover 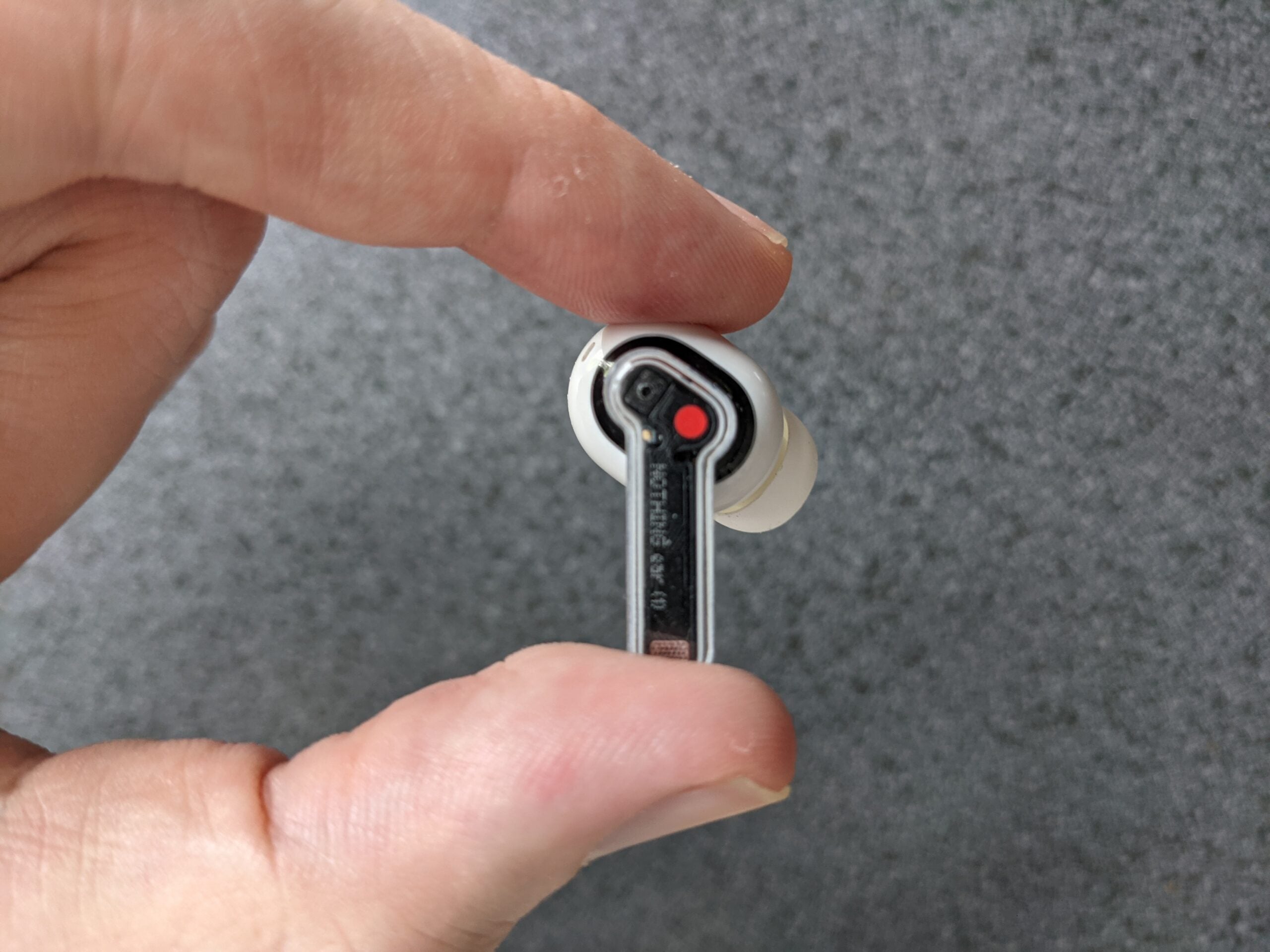