This year’s HTC Sense is version 7.0, and as the HTC One M9 doesn’t radically alter its series’s hardware, the changes you’ll find in Sense 7.0 are a big part of the new phone’s draw.

At first glance it may seem just like HTC Sense 6.0 with Android Lollipop extras like lock screen notifications. But look closer and you’ll see there are actually some pretty significant new bits in HTC Sense 7.0. 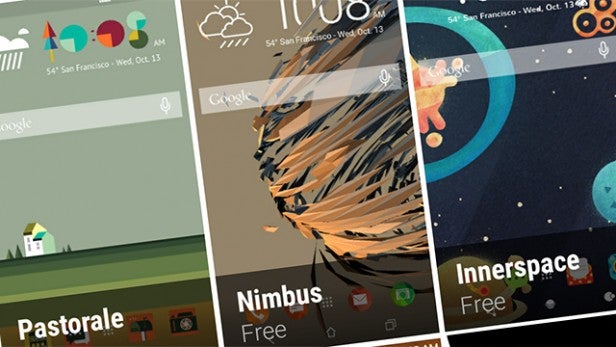 Probably the most conspicuous new feature of HTC Sense 7.0 is themes. These alter just about everything in the HTC One M9’s interface, bar how it’s arranged.

There’s an app dedicated to this new side to Sense too, and it’s called — you may have guessed — Themes. In this app you can switch between themes, download new ones and even make your own.

At present at least, you don’t have to pay for any themes, although the way they’re displayed suggests paid-for ones might appear in the future. Of course, as it’s no easy to make your own there shouldn’t be any need to.

When making your own theme, you first just select a wallpaper: perhaps a photo you took. Sense 7.0 then analyses the picture to try and work out the colour scheme that’d suit it best. These colours are pasted across the interface, most importantly the app menu.

A theme also alters the system font and the icon set. Some of the themes offer a pretty radical transformation. As of HTC Sense 7.0’s launch there aren’t reams of icons styles to download, but there certainly are loads of different font sets.

HTC has even worked on a social side to themes. While we checked out the Themes app before many people had a chance to use the system, but once it is populated you’ll be able to follow different theme-makers a bit like Twitter, and be followed by fans too. Don’t worry, though, there’s no need to share themes you make unless you want to. They can stay entirely private. 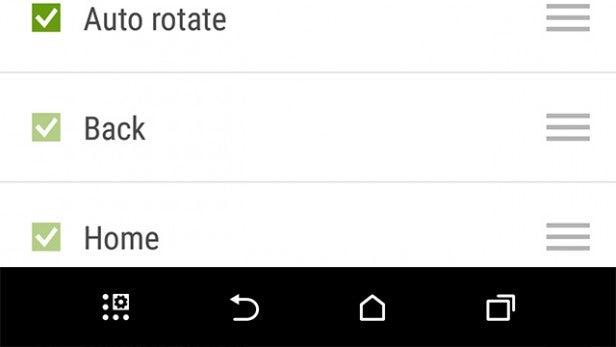 Last year it seemed companies like Samsung and HTC were in the process of simplifying their Android interfaces, working towards an Apple-like, singular, refined experience rather than a diverse one. However, all that has changed with Sense 7.0.

As well as being able to radically alter the look of the system, you can customise the nav bar too. That’s the bit at the bottom of the screen with the soft keys on it. LG has done this with its custom UI, but now HTC offers it too.

As with the Sense 7.0 themes, there’s a limit to the extent you can customise the home bar. The usual back, home and multitasking buttons will always have a place there. However, you can fiddle around with their positioning and add a fourth if you like.

Options for this fourth spot include opening the notifications drawer, a button that turns the screen off, one that brings up the quick settings toggles, an auto rotate toggle and a button that hides the nav bar.

This can be thought-of as an advanced users’ tweak feature. There’s no pressure to use it, but it can let you streamline how you use your phone a bit. 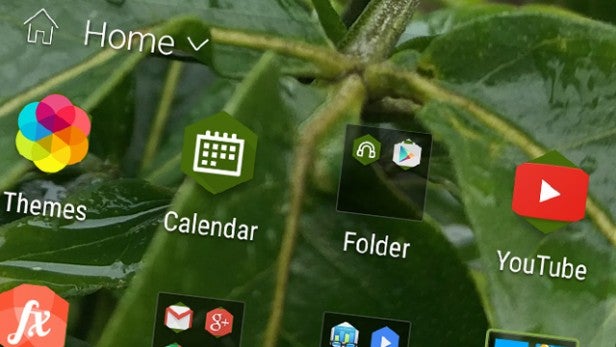 One of Sense 7.0’s most interesting features is Sense Home. Just as BlinkFeed was one of the key features of Sense 5.0, Home is one of this year’s big functional upgrades.

It’s a large widget that sits right on your lead homescreen. But it’s a very subtle one. At first you might not even realise it is a widget as it’s designed to look just like a set of app icons.

There are eight of the things, in two rows, just as you might keep front-and-centre for anything you use every day. The clever bit here is that Sense Home changes depending on where you are.

It stores different sets of apps depending on whether you’re at home, at work or out and about. You can manually set these locations, but Sense Home can learn the apps you use in these three situations, and then fill out the widget accordingly. You can manually customise what goes in there too, including adding folders.

There are two optional ‘smart folders’ too. These, if enabled, take up the two bottom-right slots in Smart Home, and show you download suggestions and your own latest downloads. However, we think for most people standard folders will probably work better than these smart ones. 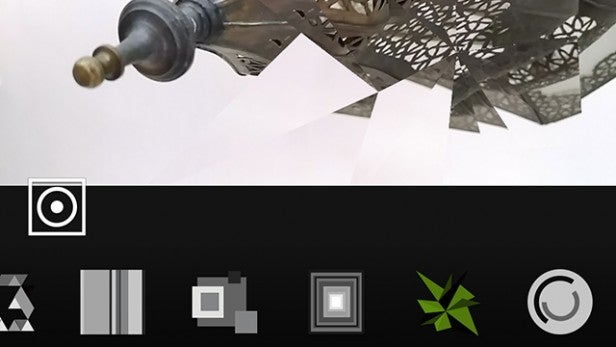 Sense 7.0 features a tweaked photo editing experience. Not everything in there is new, far from it, but the presentation of the editing app is a bit different. You’ll find it in the Media folder in the apps menu.

Basic editing is much the same, letting you enhance people’s faces and fiddle with the usual parameters. However, there are whole bunch of new ones as well, ones you’ll probably use a bit less often.

In the ‘flair’ section you can produce kaleidoscope-like images and do some pretty neat things involving multiple shots. These include creating double exposure-style images, arty collages and even face-merging. The latter in particular particular can produce some quite unnerving results.

All this editing is done post-shooting, though. It’s not within the camera app itself, which is — for the most part — pretty similar to last year’s one. 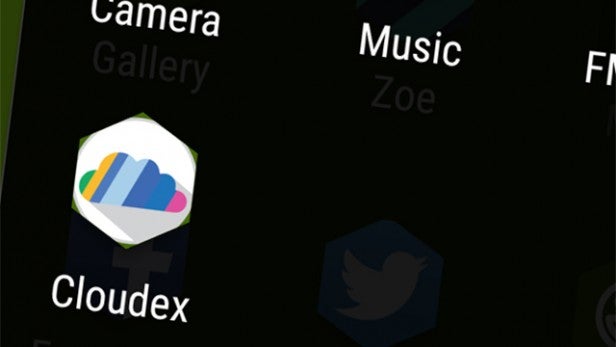 HTC doesn’t jam-pack its phones with HTC-made apps, thankfully, but it has introduced a brand new one for 2015, called Cloudex. What this does is to let you view and organise your photos uploaded to other cloud services from youe phone, including Facebook, Flickr, Google and Dropbox.

These will then make their way to the Gallery app, making your phone a much better way to check out the latest photos if you’re not a fan of separate photo-sharing apps.

Cloudex isn’t actually a nailed-on part of Sense 7.0 as apparently it has already come to some of last year’s HTC phones, although only recently. Is it an essential extra? Not really, but if you’re wondering what it does, there you go.