The HTC One M8 and iPhone 5S are two of the best-looking phones you can buy right now. They have aluminium bodies, strong looks and come from a heritage that includes some of the most-loved phones ever made.

But which one is better? We’ve compared the two phones to find out,

Just look at the bullet points and these phones sound quite similar. They have metal bodies and come in three different colours. However, their contours and dimensions are totally different.

The iPhone 5S is a lot smaller and thinner than the HTC phone. If you don’t like the idea of a hand-filling phone, the iPhone is the obvious choice of these two. The HTC is a good 50 per cent heavier, a centimetre wider and a full two centimetres taller.

While the HTC One M8 is on the border of being hard to use with one hand, the iPhone 5S works best with one-handed operation. This is why Apple has stuck with a phone of this sort of size ever since the series’s beginnings back in 2007. 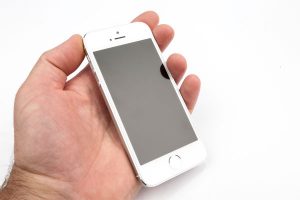 However, there are some ergonomic beneits to the HTC One M8. It’s a smoother, curvier phone. The iPhone 5S has quite sharp edges that give it a fairly severe feel.

The HTC One M8 and iPhone 5S colours are very similar. Each has metallic grey, silver and gold versions. And, unusually, all three look pretty good – it’s easy to make a severely over-egged gold phone, but HTC and Apple have done the job well here. 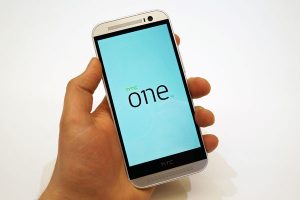 At this point in mobile phone development, phones don’t get 100 per cent better with every new version. Instead, we’re seeing phone makers start to adopt extra hardware in their phones each year.

The iPhone 5S’s key new bits are the TouchID fingerprint scanner and the M7 co-processor.

The fingerprint scanner lets you unlock your phone semi-securely without having to use a keypad combination, while the M7 chip monitors sensors like the accelerometer without using much battery. This makes the phone much more useful as a fitness tracker, as it can count your steps without seriously affecting its stamina.

HTC’s One M8 has a motion co-processor too, but it’s not just used for health-related applications. You can also turn the phone on by tapping the screen twice. It comes in particularly handy in a larger phone like this – the power button isn’t all that easy to reach as it sits on the top of the phone.

The HTC One M8 doesn’t have a fingerprint scanner, but there are a few hardware features you don’t get in every phone. There’s an IR transmitter, which lets the M8 act as a universal remote control and – much more unusual – a dual rear camera. We’ll deal with this in more detail in the camera section. 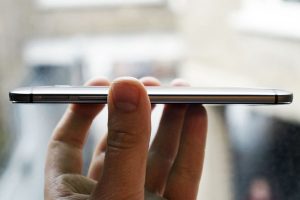 Screen size is one of the more important differences between the HTC One M8 and iPhone 5S. The HTC display is much, much larger. If you want to watch videos on your commute or at the gym, the HTC One M8 is a much better bet. While the iPhone 5S’s screen quality is great, it’s really a little bit small to watch a long video on.

Quality-wise, the screens are comparable. Both have pixel density high enough to avoid obvious pixellation and their panel types are similar in the sort of image they offer.

The iPhone 5S uses an IPS-type screen, the HTC One M8 an SLCD3 panel. Both offer good viewing angles but use backlights so won’t be able to bring the sort of peerless contrast and black level you can get with a Super AMOLED display like the Galaxy S5s. You’ll only really notice in a darkened room, though. Colours are natural-looking in both phones too. 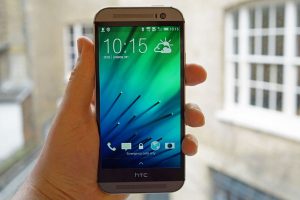 HTC has changed its strategy a bit with the HTC One M8. The last edition of the phone, the HTC One, did not have a memory card slot. This one does.

Having a memory card has made the 16GB edition of the M8 the main one in the UK, though. We’re not sure whether the 32GB version will be easy to get hold of here at all – as buying a 16GB microSD card would be a lot cheaper than forking out for the higher storage version.

The iPhone 5S comes in three versions, and all are readily available – you can get 16GB, 32GB and 64GB storage. But each step up comes with a hefty premium. A 64GB iPhone 5S costs a slightly terrifying £709 (direct from Apple). 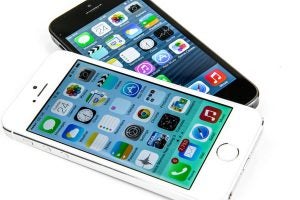 HTC’s Sense 6 is one of the better Android interfaces – it’s what HTC packs into the HTC One M8. You have a separate apps screen and home screens, and the BlinkFeed interface. This weaves together stories from your favourite websites plus Facebook and Twitter updates. You can customise it to feature more-or-less what you want to see – it just feature Facebook updates if you like.

With the power of a Snapdragon 801 processor behind it, the Sense 6 software runs quickly – and looks pretty good too.

The iPhone 5S’s interface is a lot simpler, but does a lot less without the help of apps. Where Android has several segments, iOS 7’s core layout has just the one – the pages that house your apps. It doesn’t do masses on its own.

There’s nothing like BlinkFeed here, beyond a notification drop-down that’ll tell you any new updates. As is the case with just about any iOS vs Android comparison, real technophobes will find iOS easier to use – if only because there’s less in it.

The benefit of the iPhone, though, is that its app selection is the peerless. Google Play, the official Android app store, offers a similar number of apps in total, but the breadth, depth and quality on offer from iTunes beats it. 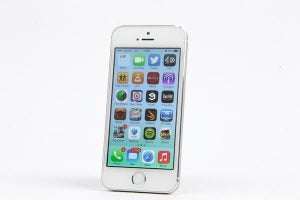 The iPhone 5S camera is twice the resolution of the HTC One M8’s, but as the sensors are roughly the same size (both 1/3-inch, although they are of different aspect ratios), the HTC camera has larger sensor pixels.

These are the tiny little receptors that collect the light that makes up the phone’s photos. Roughly speaking, the larger they are the more light they take in. And this is what gives the HTC One M8 better low-light performance than the iPhone 5S.

The iPhone 5S is still a bit quicker to shoot with in darkened conditions, but produces generally noisier photos than the HTC One M8. However, you’re not going to mark any cherished moments with the shots taken with either phone at night, if we’re honest.

In daylight we think the iPhone 5S takes better photos. Not only does it have a higher-resolution sensor, it copes with light sources better and offers better colour saturation in its shots. 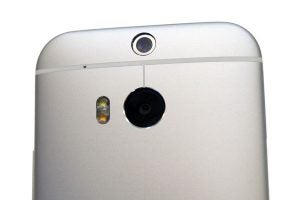 Both cameras also have two-tone LED flashes, which helps to reduce the washed-out look you can get when shooting people. The idea is that by having a ‘warmer’ LED as well as a bright one, you can stop this effect.

The HTC One M8 has a real jaw-dropper of a new camera feature, though. It uses a Duo camera system where a second lens and sensor is used to give the phone depth information – to tell near and far objects apart.

It doesn’t always work perfectly, but lets you blur out backgrounds for neat effects like these: 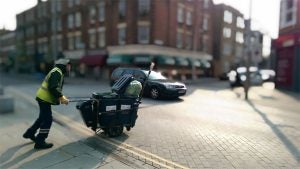 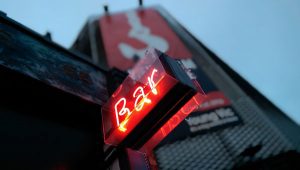 The HTC One M8 has a much larger battery than the iPhone 5S, but it’s mostly because its components demand a much larger unit. It has a larger screen of much higher resolution, so naturally it’ll need more juice.

Without any battery-saving measures, both phones will last for a day and a bit. It’s the smartphone norm – you will probablyneed to charge every day. The HTC One M8 has pair of stamina-extending, power-saving modes, though.

The normal power saver mode restricts screen brightness a bit, turns of vibration key feedback, turns off mobile data when the screen is off and limits the CPU speed. It’s pretty effective, and will help you get almost two days’ use out of the phone with moderate use.

However, there’s one step further. Extreme power saver mode has its own interface that only gives you access to core phone features like the dialler, SMS, email, the calendar and the calculator. No games allowed here. This is really only for emergency use, but will come in handy if you absolutely need your phone to last for a few more hours.

Neither of these phones are real battery life superstars, but we’ll hand the victory to the HTC for the extra effort it has put in. 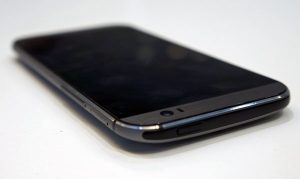 For watching movies and browsing the web, we’d pick the HTC One M8 over the iPhone. That extra screen space is indispensable for such tasks. However, the iPhone 5S is marginally easier to get on with if the person using it is new to tech, and its camera will take better photos in daylight conditions. However, you can’t go too far wrong with either of these phones.

Next, read our Galaxy S5 vs HTC One M8 comparison