OPINION: Keith Andrew speculates on the big themes of Develop Brighton 2015 and how it wasn’t quite what he expected.

There’s something of the feel of a school trip to the UK games industry’s annual trip to the south coast every July. When Develop rolls into Brighton, you half expect the school coaches to pull up in the car park of the Hilton Metropole with it, Peter Molyneux hogging the back seat as the pesky indies sit five or six to a row down the front.

Part of that flavour stems from the fact that, for three days every summer, the great and the good of the UK games scene all meet up in the same location, drink the same location, sit in the same halls and set up their stalls in the same expo, all with the intent of learning something. It may not have the glitz, glamour or, most importantly, scale of the likes of E3, GDC or Gamescom, but the Develop Conference is a key indicator of what’s happening in games right now and why. If someone were to boil down the themes of Develop 2015, they may come across as somewhat contrary.

On the one hand, much attention was given to the next big thing on a tech front, with both virtual reality and augmented reality featuring high up on the agenda. Both, argued Neil Young – once of mobile games giant ngmoco – are actually three to five years off actually being able to make any impact, largely because the technology isn’t quite there yet to ensure they add to games rather than detract from them. So, if virtual reality – with all its associated glitz and glamour – wasn’t the star of the show at Develop, what was? 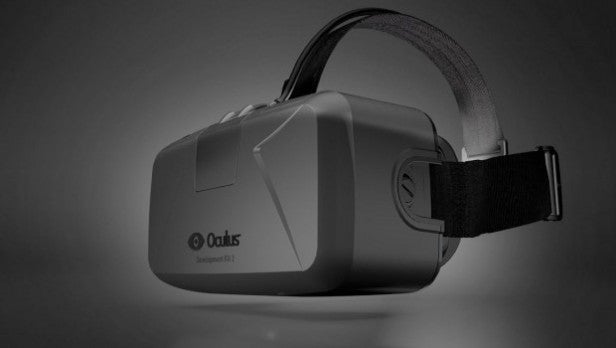 The power of the indie

Running alongside the excitable chatter that surrounds Oculus and co. (which has pretty much been the norm for any games conference since the firm’s VR tech was unveiled back in 2012) was the continued drive for indie developers to follow a “do it yourself” ethos. As previous Develops have attested, only a few years ago publishers, PR and marketing were all dirty words in the world of the mobile-fuelled indie development scene. Now they’re all very much back in vogue as small studios look to differentiate themselves in an ever-crowded indie scene, but if you chatted to any of the developers manning their stalls at Develop or sitting having their lunch in the school-like canteen, there is finally the realisation that with social media, they can do much of the work themselves if they have their heads screwed on properly.

“Some devs will put off marketing right until the end because they think they don’t have anything to say yet,” said Tracey McGarrigan of games portal Green Man Gaming. “They won’t use Twitter because they don’t want to talk about what they’re having for dinner. Putting off communication is the greatest way to damage your chances of having a hit.” And that’s been the big theme that’s dominated games not just for the last week but the last couple of years. While gamers can browse the likes of Trusted Reviews at their leisure and decide what games to pick up, there are hundreds of other titles the press and public alike never cast their collective eyes on. In short, there are too many games in the world.

Quite often, the games that do well come about as a result of the developer behind them having a good relationship with their community, something Rami Ismail of Vlambeer – the studio behind Ridiculous Fishing, Luftrausers and Nuclear Throne to name but a few – is well versed in.

“The games industry – it’s not going perfectly, is it? We’re kind of in a tough spot,” offered Ismail, candidly, during his keynote. Developers, he argued, need to have a more honest relationship with gamers if things are to improve. “Our industry has been telling people lies. We’ve been telling people that if you want to bring a game to console, you can do it with the magic press of a button. You just drop it into [the games engine] Unity and hit the convert button, but it’s a lot more complicated than that.”

What will be the big platform next year?

Of course, while developers are entitled to a fair bit of naval gazing at an industry event like Develop, what the gamers outside want to know is, what are the next big games and what platform are they going to be on? Indie Showcase winner Hue by UK outfit Fiddlesticks stood as the perfect example of the kind of visual creativity indies bring to even established genres like the puzzle platformer on a regular basis  while survival-horror-goes-nautical Sunless Sea from Failbetter Games wowed attendees in a similar fashion to the way it’s been impressing the games press in recent months. Also stealing much of the limelight was Her Majesty’s Spiffing – showing on the Develop floor with some rather shiny new visuals, this attempt to reinvent the point-and-click genre with a dose of British humour from the Belfast-based BillyGoat Entertainment is more than justifying its Kickstarter backing.

Will it be mobile?

However, while Hue, Sunless Sea and Her Majesty’s Spiffing (and, indeed, much of the games on the show floor) were PC bound in one form or another, for former ngmoco man Neil Young who headlined day one, mobile still rules the roost. While pretty much everyone in the west already owns a smartphone, mobile games haven’t reached their peak simply because people are willing to spend more on titles on their phone than they were even a year ago. Mobile games, though, need to change if this upward curve is to continue.

“Developers need to seek greatness,” he concluded. “We need to stop making games where you need to pay and start making games where people want to pay, and developers need to build games that are mobile, not console, quality. Don’t chase production quality – build games that boot quickly, that you can play with one hand and that don’t drain your battery life.”

Mobile, however, increasingly looks like a playground for the rich, and it’s no coincidence that both Sony and Microsoft once again hit Develop in full force in order to mop up indie talent, hosting a talk together in order to encourage more studios to work on their respective platforms.

Indeed, mobile might be where the big bucks are being made, but for indies looking to pay the bills, PS4 and Xbox One actually look like the better bet right now, leaving attendees hopping back upon that fictional coach out of town with the perverse thought that the once impenetrable console market may just be the indie haven that the all-conquering smartphone market once was. 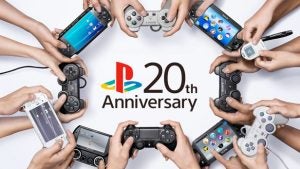 On a year when PlayStation is celebrating its 20th anniversary (a fact that adorned the t-shirts of Develop staff and helpers, thanks to Sony sponsorship), that seems like a more than fitting legacy for everyone’s favourite games conference by the sea, though the fact that the existing tech of home consoles rather than the future focused VR that focused most minds at Develop should be of no real surprise. In a market as competitive as video games, developers don’t have time for success to be “virtual”.