Firework photography tips and guide: How to take the best photos of fireworks this Bonfire Night

November 5 is fireworks o’clock in the UK, but taking amazing pictures of the things that will win you likes on Facebook and Instagram is harder than you might think.

Anyone can snap away at a firework and get an image of a couple of colourful blobs in the sky, but want to know how to get the kinds of shots the pros produce?

We’re going to show you how, whether you’re using a quality compact camera like the Lumix DMC-TZ100, a trusty DSLR or CSC such as the Sony A7 R II, or your more pocket-friendly iPhone 7 Plus.

There are a few simple techniques to it, but with a little bit of know-how you’ll soon be taking much better fireworks pictures than your friends. And that’s what really matters, isn’t it?

Turn off the bloody flash

First things first: switch off the flash. Not only will it not do you any good given that a flash’s range is a few metres, and those fireworks are going to be a lot further away, but you’re going to look like a bit of an idiot with your flash firing all the time. Especially if it’s a proper xenon one.

Not using a front-on, non-diffused flash whenever possible is a good general rule in our book. 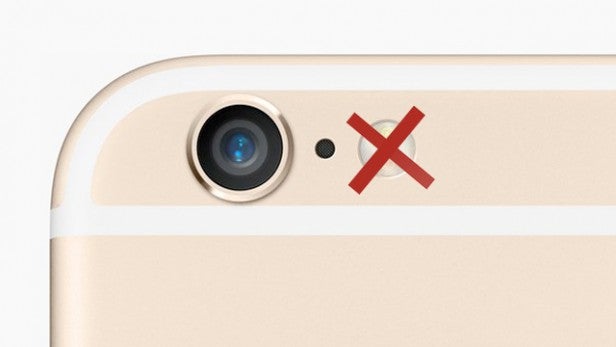 The next bit is all about understanding what “firework photography” really is. Those beautiful images aren’t really capturing a micro-second snapshot of what our eyes see, but the whole impression of the firework.

Classic firework photos encompass the entire path of the thing. And for that we need a long exposure time. Set the shutter speed to between one and four seconds. You can experiment with this a bit, but you’ll need a good long time to be able to get the full-blooded firework effect.

You see, firework photos are actually cunning optical tricks, not relating to something our eyes see at any one point. You should be able to set the shutter speed manually on most decent cameras.

If your phone doesn’t have the option, keep on reading. We’ll look at some apps that unlock this later.

Use a tripod, or find somewhere steady to put your camera

Really slowing down the shutter speed means we need some way to stabilise our camera. No optical stabilisation system in the world is so good that it’ll make a four-second handheld exposure pin-sharp.

Ideally, you’ll have a nice heavy, steady camera tripod. But not everyone wants to be “that person” lugging around loads of nerdy camera gear.

Let’s think about this practically: what we need is simply something that’ll keep the camera totally still.

So when you get in that field, scope it out for any walls, flat-top bins or other things you can rest your camera on. You might also want to consider one of those grippy Joby GorillaPod tripods, which opens up more options.

Find yourself in a field with no flat things to help out? With a wide-enough-angle lens you should be able to use the ground. It’s not going to work in all cases, but it is worth trying if the floor isn’t sopping wet. Use a delayed shot, then set the little guy down and hope for the best.

If your camera has a flip-out screen, you may also be able to use it as an impromptu stand. That’s if the fireworks aren’t directly above your head.

Related: How to take the best holiday photos 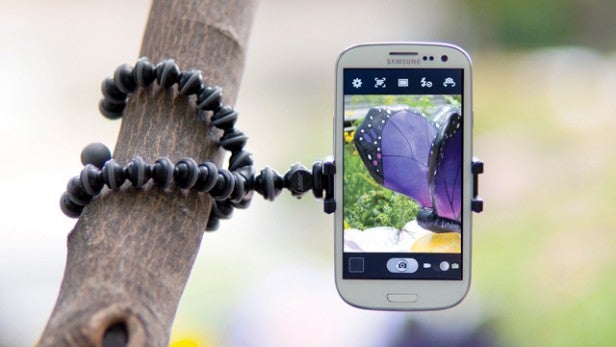 Set ISO to as low as it’ll go

As we’re using a long exposure shot, we need to dial down the ISO sensitivity so that our shots don’t become totally overexposed. In most cameras, the lowest ISO setting available is 100. However, others go even lower, while some can’t go that low.

Lots of Android phones let you customise ISO these days, but, again, if not we’ll check out some important apps in a minute.

Use a narrow aperture

The next trick to limit the amount of light that gets to the sensor is to use a narrow aperture. That’s the size of the hole within the lens that light can get through.

If you’re using a phone, you don’t really need to worry about this, as only a couple of phones offer variable aperture.

Pretty much any dedicated camera should let you alter the aperture, though. You’ll control the thing by determining the f-stop rating. The higher the f-stop number, the narrower aperture the camera will use.

Look to set it to f/8-11. This will slim down the light that gets through without making the aperture so tiny that we start to see lens distortion. To an extent you can judge the exact f-stop rating by what your camera wants to use, although it’s tricky.

You’ll actually want to fire off the shutter before the firework is up in the air, meaning that when you’re setting the camera up it’ll be looking at a more-or-less black sky. 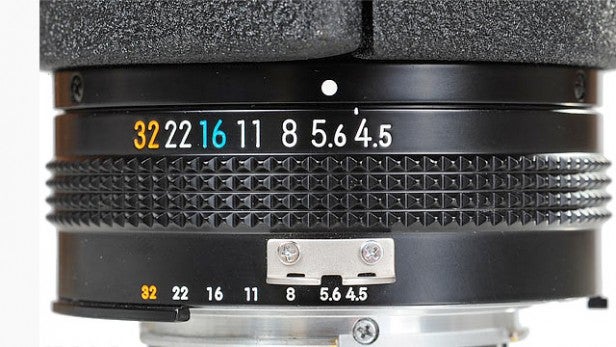 Lock focus if you can

When shooting fireworks, we’re pretty much always going to be using “infinity focus”, pushing the point of focus as far away as possible. Most cameras and some phones will let you either set the focus completely manually or lock the focus once it’s set.

This stops you from having to focus with each shot, which can be a nightmare when dealing with fireworks. After all, pre-firework there’s nothing to focus on and by the time there is something to see, you want the shutter to have fired already.

We’ve talked about a few pretty camera-y settings here already. And there’s a good chance those of you using a phone may think you can’t get on-board with this stuff. But generally, you can.

Even if your phone’s own camera app doesn’t allow DSLR-like control over shooting parameters, a third-party app generally will. As part of the research for this article, we’ve been using a rather neat Android app called Camera FV-5. Its whole aim is to give you an DSLR-like interface that offers plenty of control.

It lets you lock focus, set shutter speed manually and wind the ISO sensitivity down to 100. Perfect. 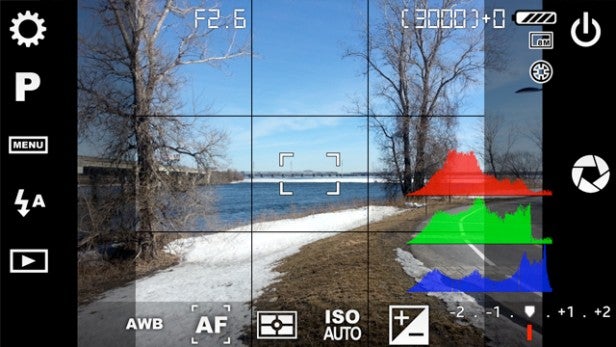 Using app tricks to get ahead

iPhones are generally not quite as flexible, as third-party apps don’t have quite the same level of control as Androids over the camera hardware. What its slow shutter speed apps tend to do is simulate the same effect by stacking a great many exposures on top of each other, creating a collage of reams of photos.

What this then means is that the camera doesn’t have to be so careful about ISO settings in order to avoid overexposure. This isn’t limited to iPhones either. Some Androids even have these features built-in. You’ll find similar ‘light trail’ antics packed into recent Huawei phones, for example.

Want to try one of these out? Check out Slow Shutter! or Slow Shutter Speeds for iPhone. Finding a good one for Android can be trickier, because most apps use legitimate long-exposure modes rather than tricks. However, Long Exposure Camera 2 does the trick. Pity its interface is terrible. LenX is a much classier alternative, but only seems to deal in proper long-exposure shots, making overexposure an issue.

It’s all in the edit

If you’re using a phone, fireworks photos can really benefit from the odd Instagram-style filter. What processing you need really depends on how well the experimentation with settings works. However, jacking up colour saturation a bit will rarely do any harm, as will playing with the contrast slider.

If your phone or camera has a fireworks scene setting, this is almost certainly the kind of thing it’ll be doing. While the other techniques I’ve talked about are the only way to get “classic” fireworks photos, trying to apply them without making sure the camera is steady will only end in disaster. The one thing to buy to really level-up your fireworks photos is a tripod.

WATCH: Canon 5D Mark IV – what you need to know

What are you top firework photography tips? Share them in the comments below.