OPINION: Nick Cowen offers a handy guide on how to craft a lasting and lucrative horror game.

In the current big budget blockbuster market, producing a top-selling horror title can be a rather daunting business. Between spiraling development costs, eye-watering marketing budgets and steadily rising purchase prices, Triple-A games have to sell millions of units in order to justify their existences.

This situation has dire implications for gaming genres that traditionally have appealed to alt fringe dwellers. The stealth genre, for example, has been steadily diluted over the last few years and the games currently being tagged as ‘stealth’ are far more action-packed and fast-paced than their last gen predecessors. Pure stealth can’t exist on the new generation. It’s too niche to justify the development costs. 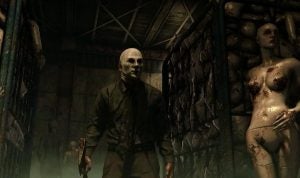 The return of Survival Horror: The Evil Within sees the return of Resident Evil developer Shinji Mikami to the genre he helped popularise

Survival Horror faces the same problem. Like stealth, it appeals to a more patient breed of player. Survival Horror doesn’t reward players who go charging in guns blazing – it kills those fools off quick. Instead, players need to tread carefully, scrounge for supplies – usually in a room with some horrific creature roaming around – and keep their equipment stocked and ready to deploy. Patience and nerves of steel aren’t just virtues in a Survival Horror game, they’re traits necessary for the player’s survival.

So Survival Horror is a niche genre, but what’s interesting is the fact that two titles set for release next month look intent on revitalizing its fortunes – and both of them aren’t diluting the mechanics that make this genre so compelling. First up, Alien: Isolation, which puts players in the boots of Ellen Ripley’s daughter Amanda as she walks the dimly-lit corridors of a space station, trying to discover the fate that befell her mother. Later in October, The Evil Within arrives; the brainchild of Resident Evil developer Shinji Mikami promises to take players right back to Survival Horror’s roots as they track a cop through a haunted asylum.

Both games put a premium on the player stalking their environment for clues, equipment and means of survival. Both present players with unkillable enemies and vulnerable protagonists. And both are absolutely terrifying. However, many pundits have begun to wonder out loud whether, due to their hardcore horror mechanics, either title has a chance of success in a Triple-A market. To that end, I’ve prepared a handy guide for developers navigating these choppy waters.

1. If you can, tie your horror game to a recognizable brand
Alien: Isolation may be a true-blue Survival Horror game, but it’s likely the Alien brand alone will be enough to shift a fair few units. Anyone who doubts this should pop over to Wikipedia and see the plethora of titles containing HR Geiger’s xenomorph that have been produced. 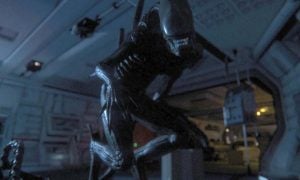 As they say in showbiz, “the last sequel that gets made is the one that failed to make money”. The Alien games make money – hell, Aliens: Colonial Marines was roundly savaged by players and critics alike and it still went on to sell 1.31 million copies in its first month at retail. Brands mean sales, and while that’s no excuse for churning out dreck, they can certainly help when your game goes to market.

2. Make the player vulnerable
There is a tendency in a lot of horror games to kit players out with oodles of weapons, armour and equipment, allowing them to turn whatever environment they’re walking through into a shooting gallery. With that, comes the sense they’re invincible – a one-person killing machine – and this isn’t conducive to putting the fear of God into them. 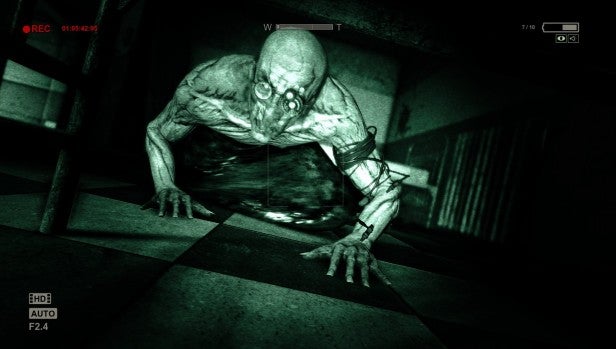 You are a piece of meat: OutLast made the player vulnerable by giving players no option but to run and hide when faced with its monsters

More recently, games like Deadly Premonition, Outlast and Amnesia: The Dark Descent have made a lot of mileage out of stripping the player of any option except to run and hide if they’re spotted by the creatures in their environment (see also: Alien: Isolation). Here’s a tip: feeling invulnerable and feeling frightened are two mutually exclusive sensations.

3. Avoid Nintendo
Time was in the days of the GameCube titles of pretty much any genre could be successful on a Nintendo platform, so long as they were well crafted. This all changed with the release of the Wii, which not only gave rise to the lucrative market of motion-based casual gaming, but also took Nintendo’s console and stuck it in the playroom, where it has been ever since. 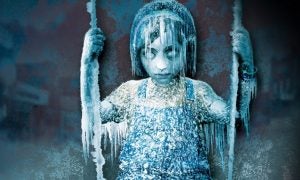 Nintendon’t: Horror games for the Wii didn’t sell well in spite of the fact that some of them – like Silent Hill: Shattered Memories – were rather good

Developers have tried to create horror titles for the Wii and they’ve died, regardless of how good they were: Dead Space: Extraction, Manhunt 2 and even Silent Hill: Shattered Memories (arguably the most interesting game in that franchise since Silent Hill 4: The Room) all flopped and not because they were bad games – but because the Wii’s audience wasn’t the right target. The only high profile horror title to land on the WiiU thus far is ZombieU, and it didn’t exactly set the world on fire. Mind you, Nintendo’s 3DS has had a little more success, perhaps because you play it using headphones…

4. Don’t dilute the fear/you’re not making a shooter
Once a horror game cracks the big time, the pressure is always on its developers to increase audience numbers. One of the traps they fall into time and time again is to incorporate mechanics from other, more popular genres, such as shooters. Dead Space, Resident Evil and Alone In The Dark are just three examples where shooter mechanics have been bolted to a horror franchise to attract the FPS/TPS crowd and the result has been they’ve ruined what drew players to these franchises in the first place. 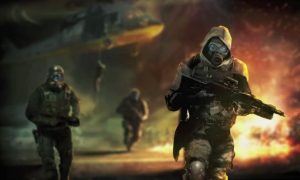 Not only does this practice get rid of core audience members, it sometimes puts newcomers off exploring a series altogether. To wit, the first Resident Evil game I ever played was Resident Evil: Raccoon City. It’s only after urging from friends I took up with the series again after suffering through Gears Of Rubbish.

5. Take it easy on the Jack-In-The-Box scares
You know the set-up: there you are wandering down a darkened corridor, the music has dropped out of the soundtrack and the only noise you can hear are the footsteps of the character you’re controlling.

Every nerve-ending in your body is poised for the inevitable: any second you’ll turn in a direction or open a door and some hideous creature will leap from the shadows, accompanied by jarring chords and shrieking violins. Jack-In-The-Box scares are part and parcel with the horror genre and when used effectively they can have an impact – the first twenty minutes of OutLast is a masterclass in their use.

But relying on them is cheap. After a while they stop being frightening and become annoying. Anyone can scare someone by yelling ‘boo!’ when they least expect it. Getting into someone’s head and staying there takes a little more craft.