Why would I want Netflix US in the UK?

Netflix is one of the most popular digital streaming services in the UK. It lets you watch as much as you like of its thousands of movies and TV episodes for just £5.99 a month.

However, people outside of the UK tend to get a better deal. The US film and TV library is much better, reported to have three times as many bits of content as most other countries Netflix serves.

The good news is that you can watch the US library in the UK quite easily, dramatically increasing the range of content you can get for your £6 a month. However, exactly how you do this depends on the medium you’re using.

The easiest way to get US Netflix on a computer is with a browser plugin. The one we’ve tried is called Hola, and it works with two top browsers — Firefox and Chrome.

Hola isn’t specifically designed for use with Netflix, but it does the job. It breaks down the barriers between countries, removing blocks such as the geographic one that splits the Netflix audience into different territories.

It’s free to use and is enjoyed by millions already – if you’re worried we’re pointing you towards a dodgy bit of malware.

Once installed it works as a plugin within your browser, prompting you switch to ‘US’ when you visit the Netflix website.

Hola does not work on a PS3 or Xbox 360, because they don’t use the same normal web browsers as a laptop/desktop. Instead you have to get a bit more involved.

Hola routes your browsing so that the sites you’re visiting can’t tell you’re from the UK. You need something else to do this for you with a PS3 or Xbox. 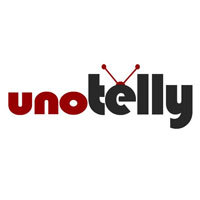 Services that do just this include Unblock US and UnoTelly. Neither is free, but free services tend to drop Netflix support after realising quite how much data it will cost them, given how popular this sort of Netflix re-routing is. If you’ve found a free one, we doubt it’ll remain so for long.

Unotelly starts at $3.99 a month, Unblock US starts at $4.99 a month. Both accept Paypal if you’re not keen on giving them you card details.

Unotelly and Unblock US specify the DNS settings you’ll need to input when you subscribe to them. They also let you check the status of the service by heading to their respective websites with the consoles’ browsers.

A benefit of paid services like Unotelly and Unblock US is that you can also manually choose the location you want to appear to be from. You can pick between UK, USA, Canada, Ireland, Mexico, Brazil, Sweden, Denmark, Norway and Finland, and both let you do so from their respective websites. With Unblock US it’s on the front page for subscribers, and with Unotelly you need to find the UnoDNS Dynamo dashboard.

The US has by far the largest selection of films and TV series, but each territory has its own selection of oddball films, should you not be able to find anything you want to watch in the US library.

This sort of DNS fiddling is subject to lots of little niggles that will often make it look like Netflix is not working properly. If you use one of these services and stumble into problems, your first port of call should be your service of choice’s website.

Every now and then your console will need to be ‘re-registered’, as these services monitor specific devices so that people can’t simply leech off them for free. With Unblock US, a quick visit to the website (once subscribed) with the console’s browser will prompt you with a button to refresh the address of the device you’re using. Other online guides will often tell you to delete cookies and reinstall apps to solve Netflix issues. However, this is often all that is needed.

Next, read our list of the best TV shows on Netflix UK