How to fix common Pokémon Go problems: A guide to overcoming some of the game’s biggest issues and bugs with minimal effort including all the latest glitches and annoyances affecting Pokémon Go as it continues to introduce new features.

Pokémon Go has been around for a while now, and throughout its life, it’s come with a fair few server problems, bugs, and glitches.

We asked you for your biggest problems with the game on Reddit, and have scoured the internet to see what the world’s Pokémon Go players are having trouble with.

Luckily, most of these problems are easy to get around. That’s why we’ve gone and put together this guide to give Pokétrainers a helping hand when dealing with some of the game’s more irritating bugs.

We’ll start with how to sort the most recent complaints.

What’s up with vibration notifications?

In one of its more recent updates, Niantic introduced a Nearby Pokémon alert feature to the game, but apparently, things aren’t quite going as planned.

The developer recently tweeted that it was aware of a bug that meant trainers were being served with “incorrect vibration notifications” as a result of the new feature.

As Niantic regularly releases Pokémon Go updates, the best thing to do is wait for the next version of the game to break cover – especially as a major refresh is expected imminently.

In the meantime, the best way to deal with this annoyance is simply to disable vibration alerts for the game, if it’s bothering you that much.

By now, you might have noticed that Pokémon Go comes with its share of audio quirks. For example, you might be listening to a podcast or music and find that launching the game stops the audio altogether. You can, of course, simply restart the music in the notifications shade, but it’s an irritating issue.

It seems Niantic has addressed the problem in recent updates, if our quick test of the new version is anything to go by. If you’re still experiencing the issue, try updating to the latest version to see if that fixes it. Otherwise, it looks like you’ll have to wait for a future update.

You’re not alone, not by a long shot.

The latest Pokémon Go update has borked the progress of a great many Pokétrainer, particularly those who use iOS, as the bug is apparently down to the new version of the game linking its authentication process to the Google account you’re logged in to on Safari.

The team behind Pokémon Go acknowledged the issue on Twitter:

Fortunately, as Niantic notes, your progress remains intact. All you need to do to restore it is log out of your account in the app (some users report it takes a couple of tries to successfully completely this basic operation) and then head to Safari.

Once in Apple’s clunky, shouldn’t-really-ever-be-used browser, navigate to your Google account and log out of that, too. Now log-in to Google again with the same email you used to sign up for Pokémon Go.

Now, log-in to Pokémon Go again and the issue should be fixed. The issue is primarily affecting iOS devices, but Android users are also reporting having had some joy with this workaround.

Let’s deal with this one straight away. Pokémon Go’s server issues are almost as well known as the game itself at this point, with numerous drop-outs occurring since the game went live. Things got worse once the game launched in 26 new countries, which sent the server into meltdown once again.

Unfortunately, because the problem is with the server itself, only developer Niantic can fix it. Which leaves us players at the mercy of the devs’ ability to deal with it quickly.

Related: How to win battles in Pokémon Go: Battling, training, and gym guide 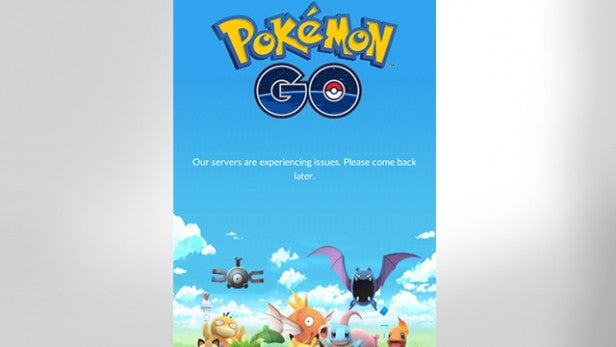 A familiar sight for any Pokémon Go player

But, if you’re experiencing problems and aren’t sure whether the issue is on your side or theirs, there are ways of checking whether the sever is running or not. You can visit the server status page here or head over to downdetector for a more in-depth analysis of the state of things server-side.

The game doesn’t work on my phone

The next major issue to get out of the way is a pretty important one. If you don’t have the right handset, Pokémon Go won’t even open on your device. iPhone users need an iPhone 5 or later, and should be running at least iOS 8 or above.

Related: How to download Pokémon Go: Get it for iOS and Android right now 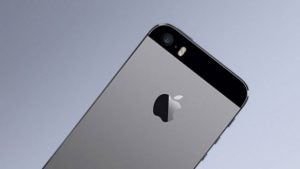 If you’re using Android, make sure you have Android 4.4 KitKat or later and your phone’s display has a resolution of at least 1,280 x 720.

Once you’ve actually got the game working, you can get on with catching and training Pokémon. That is, if you don’t encounter too many of the following issues.

You’ll also find the game is a huge drain on your battery, which makes a power pack almost essential for extended Pokèmon hunting trips. Here’s a couple of the best ones:

Every now and then the game decides it can’t figure out where in the world you are, and displays the message ‘GPS signal not found’. If you’re experiencing trouble of this sort, there should be a quick fix. 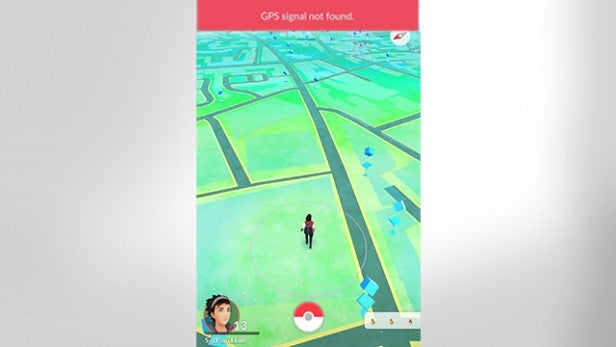 iOS adherents should open Settings, tap ‘Privacy’ then ‘Location Services’ and tap the toggle switch to turn it green.

Another way to make sure your phone can be located easily is to ensure you have Wi-Fi turned on, even when using a data connection to connect to the game’s servers.

And, if all else fails, try the classic method of turning it off and back on. In this case, quitting the app and reopening should do the trick, but if the problems persist, try rebooting your phone.

You’ll often notice a spinning Pokéball icon in the top-left of the screen. This means the game is communicating, or trying to communicate, with the game’s server, and the icon usually disappears after a while.

Sometimes, however, the little ball persists, which usually means the game is having trouble reaching the server. Of course, this likely points to yet another dreaded server issue, which again means there’s not much you can do. You can see what’s happening with the server by using the links listed in the ‘Server Woes’ section of this article. 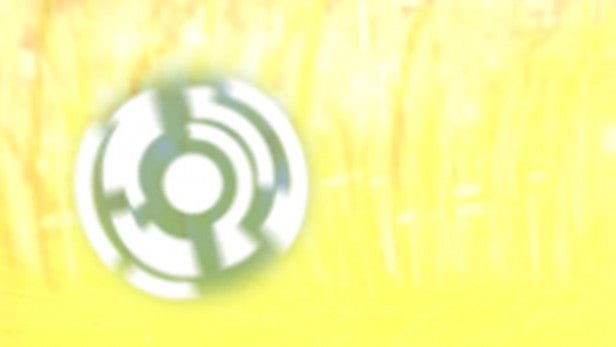 We’ve noticed the problem occurring after we catch a Pokémon. After throwing a Pokéball, rather than telling us whether the little beast has been successfully captures, the game will freeze while the Pokéball icon continues to spin in vain. In this case, you can try switching your data connection on and off, or, if you’re near a Wi-Fi network, try switching from data to Wi-Fi.

If that doesn’t work, we’ve been restarting the app, only to find that the Pokémon is there in our Pokédex. So, if you’re worried about restarting the app when this happens, you can be fairly certain your hard-won prize will await you once you reboot.

The game is really laggy

If you find the game becomes slow, laggy, and generally unplayable, it may be time to update the app. iOS and Android users can simply go to their respective app stores, search for the game, and tap ‘Update’ if that option appears alongside the game’s logo.

If ‘Update’ doesn’t appear, your game is up to date, and the lag might once again be down to server issues. In which case, you guessed it – there’s not really a whole lot you can do until Niantic sorts it out.

If you decide you want to spend your way to the top, you’re going to need some of Pokémon Go’s in-game currency: PokéCoins. Once you racked up enough cash, you can exchange it for what are known as premium items. But sometimes you may find either PokéCoins or premium items you’ve purchased missing from your account. 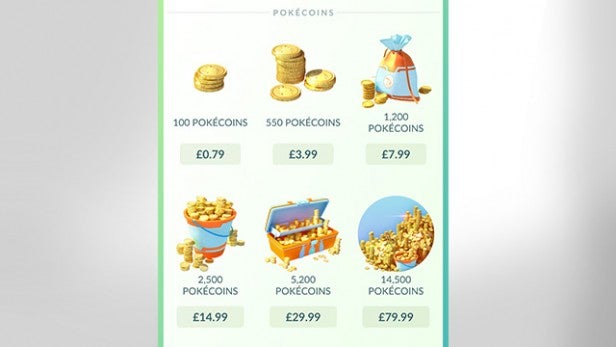 In which case, try signing out of your account by tapping the Pokéball icon in the bottom centre of your screen, and tapping on the cog icon to open settings. Then, just scroll down and tap on ‘Sign Out’. Once you sign back in you should see your cash or items reappear, but if not, try rebooting your device.

Other times, you may find that you’ll receive a message saying ‘you already own this item’ when trying to purchase PokéCoins. In this case, Niantic recommends turning your phone off and on again. There seems to be a theme emerging here…

My trainer avatar is stuck

Another common problem people seem to be encountering is their trainer avatar walking on the spot. The trainer should follow your movements around the environment, but if you find it gets stuck, try tapping the Pokéball icon in the bottom centre of your screen. If it doesn’t open, you’ll know the game has crashed and it’s time to restart. Otherwise, you might try switching between Wi-Fi and data, or turning GPS off and back on to prompt the game to reset its location tracking.

We’ll be adding more fixes as we come across them, so stay tuned.

Watch: What is Pokemon Go & how do I download it?

Let us know what problems you’re having with the game in the comments.