Chances are you’ve read, watched or listened to one of the many versions of Dickens’ A Christmas Carol, but we suspect even The Ghost of Christmas Future would feel a little lost by all the technology which will surround us tomorrow.

According to T-Mobile its customers will send 95 million texts on Christmas Day – an average of 3.9m per hour and up 15m on 2010. Remarkably this figure relates to just its UK users, excludes partner Orange and, lest we forget, T-Mobile is only one of five major networks in the UK and the second smallest. 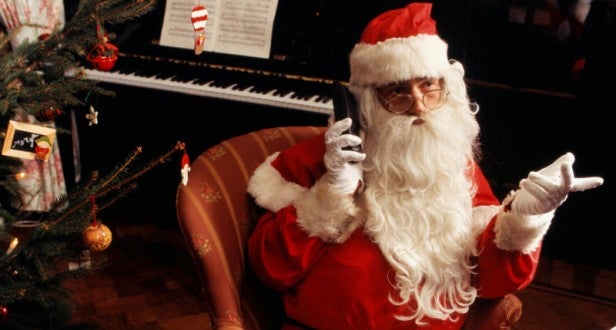 Yet SMS is positively old hat when it comes to modern technology and social media will predictably be the fastest growing area. According to a poll by mobile app Celebalike, one in three Brits surveyed will update their Facebook status or use Twitter on Christmas day – a scary percentage considering the age of these services and those traditionally outside their demographic. Even more telling is the poll finds six in 10 will shoot video and snap pictures on Christmas Day and over half plan to post them online.

Whether this is indicative of a more open, sharing and communicative culture or one with a growing sense of self importance and inanity will depend on your stance towards social media in general. Regardless, today it is unlikely the Ghost of Christmas Future could pay anyone a visit without its arrival being tweeted, texted, documented, recorded, uploaded, shared, liked and retweeted. Within a few hours there would probably be a video remixed to Nyan Cat.

Outside of its more obvious uses technology now permeates all aspects of Christmas. From using phones as cooking timers to utilising video on-demand to avoid endless festive repeats, avoiding postal delays with digital gift vouchers to selling/buying unwanted presents on eBay, and this ignores all the technology used during the Christmas build up. 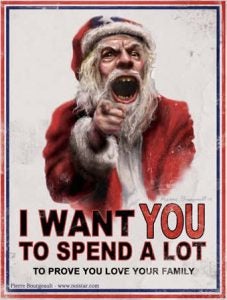 This remains the tip of the iceberg. Brits plan to spend at least two hours glued to the phone or in front of a computer screen on Christmas Day – no small feat with family around. 40 per cent will also have their phones on them during Christmas lunch and 15 per cent will keep them next to their plate. We don’t have a statistic for it, but we suspect this will lead to another fast rising trend: arguments ”about” technology.

This won’t only happen at the dinner table. Far from making Christmas simpler and more affordable, technology is causing serious financial headaches…