Even the most hardcore Nintendo fan will begrudgingly admit that the Japanese veteran is having a tough time at present. With the Wii U ranking as one of the company’s most commercially disappointing home consoles, and the 3DS posting lower sales figures than its predecessor, Nintendo seems to be losing ground in all directions right now.

The company’s long-overdue entry into the mobile gaming market won’t have calmed the nerves of its dedicated fan base, either. While Miitomo isn’t a game as such, with it Nintendo dipped a toe into smartphone waters and remains committed to releasing further titles. This leaves old-school fans nervous that the company’s moving away from its traditional console market.

However, on the horizon is a glimmer of hope. Nintendo is currently hard at work on its next home console, one of the most significant hardware releases in the firm’s history.

The NX remains a mystery. Nintendo didn’t show the machine at this year’s E3, to much fan chagrin, with legendary designer Shigeru Miyamoto claiming the company is concerned rivals will “steal” ideas if the system is revealed too soon.

Despite the system arriving in little over eight months, we’re still in the dark over exactly what NX is. However, we can make some educated guesses and examine how it could help Nintendo return to the top of the pile. 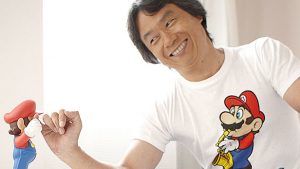 The world into which Nintendo is launching the NX is very different to the one into which the Wii – or even Wii U – was released. We’ve seen tablet and smartphone gaming slowly but surely eat away at Nintendo’s audience and its bottom line.

Children no longer walk around with Nintendo consoles in their grubby paws, instead favouring their tablet or phone. Angry Birds and Candy Crush have replaced Mario and Tetris, and it’s easy to see why: from a parent’s perspective, console games are expensive while many smartphone and tablet titles are free-to-play.

What does this have to do with NX? Evidence suggests that Nintendo’s new console won’t simply be for home use – it will combine Nintendo’s domestic and handheld interests in one system. The fact that the company hasn’t announced a successor to 3DS – now well past its sell-by date – speaks volumes.

We’re not entirely sure how NX will operate, and probably won’t be until Nintendo lifts the lid later this year. However, we can hazard some guesses based on the various reports that have trickled out.

It could take the form of a single unit that connects to a special dock to transform it into a home console, or it could be two separate devices that pair with one another – a portable handheld controller in the vein of the Wii U that you can take anywhere, and a more powerful home unit.

Games could be downscaled for use on the portable system, but identical in terms of content – you’d even be able to sync your progress between the devices, picking up where you left off at home.

This isn’t a new idea; Sony included remote play in the PS Vita, which requires a fast Wi-Fi connection to your PS4 at home. But surely Nintendo can take the concept and come up with a more elegant solution, one that’s truly seamless – just as it refined touch control on the DS and motion control on the Wii. This unique selling point could be the killer feature that wins over the “iPad generation” while also keeping existing fans happy.

A recent report by research firm DFC Intelligence reveals that children aged 12 and younger have become a “lost generation” as far as games consoles are concerned; Microsoft and Sony have all but ignored this age bracket in favour of more mature players with larger disposable incomes.

However, as DFC points out, this represents a massive opportunity for Nintendo – there’s a gap in the market for a platform that appeals to kids and parents alike, just as the Wii did so successfully almost a decade ago. The growing fear that some free-to-play smart device games are exploitative in nature could lead parents to see value in investing more cash up-front to avoid offspring demanding money for costly in-app purchases. 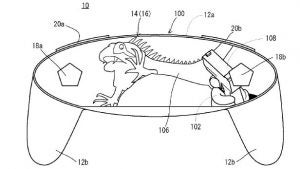 But how could NX win over the players it’s lost since the Wii and DS? Nintendo has taken a step back from intuitive motion controls, so it’s unlikely that we’ll see those making a return. Despite making games accessible to a wider audience they’re clearly seen as old news, even by the firm that did so much to popularise them.

Instead, Nintendo could potentially exploit the power of virtual reality to win over gamers. It was recently rumoured that the release of NX was delayed from 2016 in order to factor in VR support, and while this hasn’t been officially confirmed, it’s tantalising to think what the company could do.

The Oculus Rift and HTC Vive have captured the imaginations of hardcore gamers, but their high price places them outside the mainstream market. Sony’s PlayStation VR is likely to fare better thanks to its cheaper price, but the trails of cumbersome wires and cables that come with the headset could prove to be a stumbling block.

These are first-gen VR offerings and will almost certainly be improved upon before they reach their full potential.

If there’s one company that can truly sell the dream of VR to a mainstream audience, it’s Nintendo. The firm has a talent for taking such ideas and giving them broad appeal – the aforementioned DS and Wii being prime examples of this innate talent.

While this means that the unit wouldn’t be capable of producing the kind of visuals we’re seeing on the Rift and Vive, as long as it works, this is unlikely to be an issue – after all, the Game Boy, DS and Wii were all technically outgunned by the competition, yet they came out on top.

Related: What we know about Xbox Project Scorpio

Even if VR isn’t on the table, Nintendo could still find a profitable niche if it focuses on the family. Perhaps the portable component of the NX could be a device that’s unique to its user, incorporating tablet-style functionality such as a web-browser, movie streaming, music playback and app downloads.

It could be carried around and used in the same way you’d expect to use an iPad, but when you’re in front of the TV and surrounded by family members or friends, it becomes your controller for Smash Bros, Mario Kart and whatever else we’ll be playing on NX over the next few years. 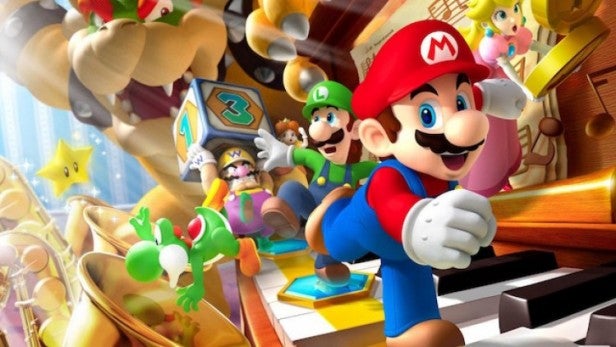 Your user data is retained in the controller itself, allowing you to pick your customised character for multi-player battles. This will encourage people to create a more lasting bond with their controller; not only will it offer portable and home play, it will be an entry point into the wider connected world that Nintendo is slowly but surely creating even now.

The company recently launched the My Nintendo portal, replacing the Club Nintendo rewards scheme, and has been updating its online infrastructure so you can purchase games over the web. While much of this functionality is also available on your mobile phone or tablet, it’s easy to see how Nintendo can make it more prominent via your NX mobile device – your personal gaming hub and the center of your entertainment world.

Given that Nintendo has previously experimented with different versions of the 3DS aimed at different sectors of the market (hello 2DS), we could even see several variants of the NX controller – a high-grade edition for the iPad convert and a chunky, shock-proof offering for younger, more clumsy users.

But what if NX fails – which, given the Wii U’s track record, is very possible – and Nintendo suddenly becomes a peripheral player in the video game hardware arena?

The company has amassed a formidable war chest over the past few decades and has enough money in the bank to endure many more years of failure. It has recently moved into mobile and could well find its fortune producing smartphone games and apps. With its enviable stable of IP, it could surely challenge the established players in the mobile scene.

Then there are licensing opportunities, which Nintendo has said it’s increasingly keen to follow up. Movies are possible, and Mario is arguably one of the most recognisable faces on the planet – even if, ironically, many kids under the age of 12 haven’t actually played one of his games (we’ll also conveniently forget the dire 1993 live-action adaptation).

Worst case scenario? NX’s failure could spell the end of Nintendo’s home and portable interests in the games arena, but unlike its rivals, it could almost certainly survive as a third-party publisher or simply as a company that leverages its Disney-style collection of famous characters. 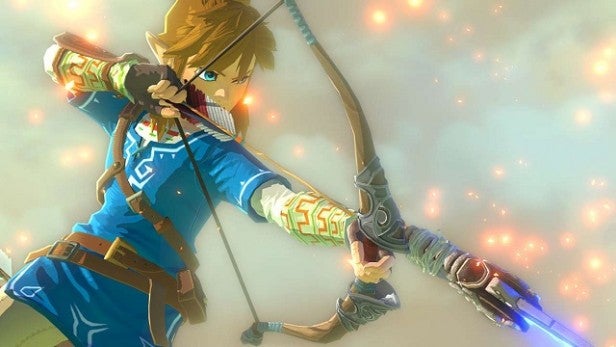 However, our fingers are firmly crossed that this doesn’t come to pass – and, to be honest, it’s unwise to underestimate a company with more than a century of history.

Nintendo has faced many tough times before and has a strong track record of emerging with winning, unexpected formulas. With the Wii, Nintendo captured the hearts and minds of families all over the globe before trying to chase “core” gamers with the Wii U and its often obtuse GamePad controller.

NX could and should find a happy middle-ground between the two, drawing in kids who have been left out in the cold by Sony and Microsoft, while offering something that the PS4 and Xbox One can’t – a portable component that provides unparalleled entertainment out of the house but also synchronises perfectly with your home-gaming experience.