OPINION: Nick Cowen explores how the Far Cry series has become the new Fight Club and how its disturbing subtexts is one of its key appeals for players.

The above line of dialogue from Fight Club is arguably the most revealing statement Tyler Durden makes about himself in the whole film (it’s not in the book). Up until that moment, Fight Club has buried Durden’s true nature and identity under an avalanche of anti-consumerist, anti-corporate and anti-societal nihilism, topped off with a heap of misdirection.

It’s only when Durden brings the film’s narrator up to speed about the fact they inhabit the same body that it becomes clear what he is. Durden’s the psychological projection of the Narrator’s ideal self – he’s a version the Narrator would pick in order to gain the most success and acceptance. This sort of internal projection is more common than one would think; as Durden himself puts it, “people do this every day. They talk to themselves. They imagine themselves as they’d want to be.” 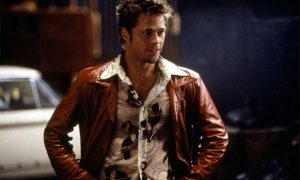 One part character, one part power-trip: Tyler Durden isn’t so much a person as he is a self-aware avatar

But Durden isn’t real. He’s a power-trip. He’s an ubermensch, an alpha male, but he’s also not bound by any constraints of reality. Above all else, he’s free from any responsibilities in the real world. He’s a fantasy. Strip away his pseudo-anarchic posturing and general obnoxiousness and strap him in a green suit and he’s Master Chief – strong, smart, capably violent and imbued with the ability to survive death.

Power trips are nothing new in games. Indeed, one of the most popular genres – the shooter – banks a lot of its appeal on its ability to make players feel invincible. The protagonists in games like Gears Of War, Call Of Duty and Halo can be cut down by enemy fire, sure, but they – and by extension the player – can also survive insurmountable odds and come out the other side the victor.

In shooters, though, players seldom take stock of the carnage they’re responsible for. The reason for this is that it’s not viewed as real exchange; you draw a bead on some moving pixels, pull a trigger and move onto the next target. The corpses stacking up never get in the way of anyone having fun and they hardly ever lead the player to question the appeal of the protagonist they’re controlling. Nathan Drake has killed more people than cancer, but hey, he’s a charming lad isn’t he? 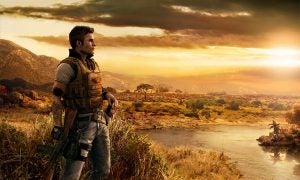 Lovely sunset, but who are you again?: The protagonists in Far Cry 2 weren’t exactly memorable

It’s rare that a video game – especially a shooter – questions the moral relationship that players have with their choice of entertainment. Far Cry 3 managed it, and the fact that it did so with launching into sermonizing or brutal shock and awe to make its point – like say, Spec Ops: The Line – was something of a triumph.

Far Cry 3 was also the game that catapulted Ubisoft’s FPS series into the big leagues. That’s not to say the Far Cry games leading up to it were ever less-than-decent.  But they weren’t the contender for the money in your wallet that COD, Battlefield, Halo – and now Far Cry 4 – were.

One of the reasons for this is that the Far Cry protagonists were rather faceless and the narrative surrounding them wasn’t exactly layered. Far Cry 3 changed this; it plonked players in the sneakers of a privileged white kid called Jason Brody whose holiday on a tropical island had taken a turn for the horrendous.

Once he’d escaped into the jungle from his captors – a band of pirates led by a leering, snake-eyed psychopath called Vaas – Jason takes refuge among the island’s local inhabitants and begins to plan a counter offensive. 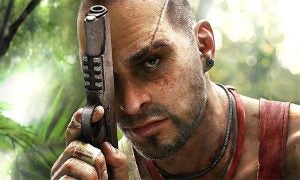 Serpentine psychopath: Far Cry 3’s Vaas is one of most compelling villains of recent memory

So far, so standard shooter fare. But unlike most games, in which players just have to readily accept the killing machine they’re controlling is the good guy, Far Cry 3 delves a bit deeper into psyche of its protagonist.

Over the course of Far Cry 3’s narrative arch, Jason transforms from a frightened doe-eyed innocent into a walking slaughterhouse, but he also becomes more and more unhinged. This may be due in part to the vast amounts of natural narcotics he ingests on the island, but it’s also down to the mountainous pile of corpses he produces. Towards the end of the game, when Jason has freed his friends from Vaas’s clutches, they barely recognise him.

Far Cry 3’s writers also toss the player a moral curveball – also present in Fight Club – by presenting Jason’s newfound aptitude for violence as not altogether a bad thing. As Jason – and by extension the player – cut through the enemies on the island like a combine harvester, the local inhabitants begin to warm to him. 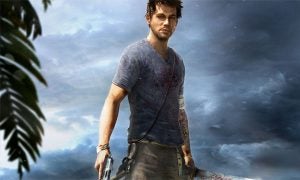 Lord of the jungle: Far Cry 3’s protagonist transforms from an innocent to a walking slaughterhouse

Jason’s nemesis, Vaas, begins to regard him with something approaching a modicum of respect. The tribal matriarch begins to view him as sexually appealing, rather than just a pawn. Far Cry 3 doesn’t push the idea that being capably violent is worthy of respect, but it doesn’t shy away from suggesting that in a hostile environment, it certainly doesn’t hurt.

The writers couch Jason’s transformation in the notion he’s losing his mind – as is hinted by the fact each chapter in the game begins with a quote from Alice In Wonderland and ink spots forming a Rorschach pattern on the screen. But it’s hard to notice that Jason’s natural ability to unleash carnage garners him respect and interest from those around him.

It also looks that this intoxicating power trip has been placed front and centre in the franchise. 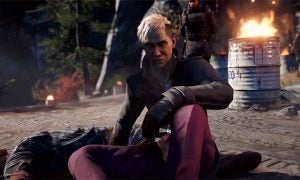 The E3 trailers for Far Cry 4, for example, dispensed with any notion the player will be innocent. The game’s new antagonist, Pagan Min, pulls the player from a bus wreckage announcing, “You and I, are going to tear sh*t up!” hinting that the player may be in league with this psychopath from the start.

Far Cry 3 and Far Cry 4, naturally, have more to recommend them that this disturbing subtext. But due to its unblinking, almost Nietzschean appraisal on the subject of violence, Far Cry has become a rare breed of shooter.

By muddying a normally clear-cut moral area, it stays in the memory, pinpricking the player’s moral compass long after the credits have rolled.

Next read: Is there a place for stealth games in the next-gen era?