Motorola has brought back the flip phone, but how much does the Motorola Razr 2019 really have in common with the early noughties icon?

Foldables have been all the rage this year – from Samsung to Huawei it seems that everyone has their version of the foldable display in the works. Few could have predicted that the Motorola Razr would make a comeback this spectacular in 2019, but it makes sense. The horizontal fold seems like a natural upgrade from the old school flip mechanism and, along with the upgrading hardware, the 2019 Razr actually feels like something that could premiere today.

But can Motorola capture the spirit of the classic Razr without losing its charm to modern specs and state of the art display tech?

Read on for a rundown of everything the 2019 Razr and the classic Motorola Razr V3 have in common– and all the stuff that Motorola decided to leave back in 2004. 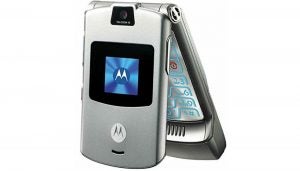 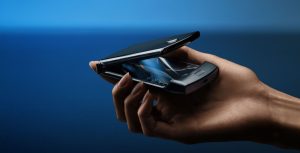 The most noticeable similarity between the two phones is undoubtedly the physical design of the device.

From flip phone to foldable, Motorola has stuck to its guns with the clamshell shape and the protruding chin at the bottom of the device. And if you can’t hang up a call by snapping the phone shut with all of the drama you could in 2004, then honestly what’s the point?

The design is undoubtedly nostalgia-inducing but still sleek and the thin frame that the original V3 was lauded for fits right in on a modern handset.

The new Razr weighs in at 205g – that’s over twice as much as the original Razr V3’s meer 95g – and, while the specs most definitely aren’t stuck in 2004, they also don’t really live up to the high price tag that’s been slapped on the phone. 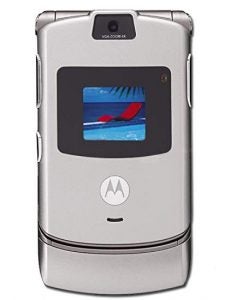 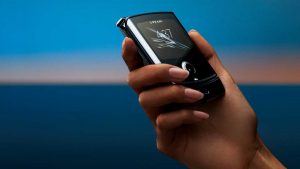 The 2019 model features a middling processor, 6GB of RAM and 128GB of storage. Motorola promises that the 2510mAh battery can last all day. Compare that with the 280 hours standby and seven hours of talk time the V3’s tiny 680mAh battery gave us and it almost feels like a downgrade.

That said, the updated camera is a massive improvement. Where the original Razr just had the one VGA (640 x 480-pixel) snapper, the revised version actually has two sensors – a rear camera and a selfie camera. While this setup wasn’t bad in 2004, we’ve come a long way with phone cameras in the 15 years that have passed and the sensors on the 2019 Razr reflect that.

The smartphone is armed with a 16-megapixel rear sensor with EIS, dual LED flash and a f/1.7 aperture, while the front-facing camera is 5-megapixels, with an aperture of f/2.0 and in-display flash. The new phone even has portrait mode, something V3 owners probably wouldn’t have dreamed of back in the day. 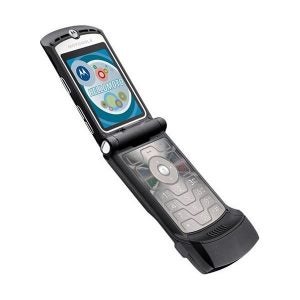 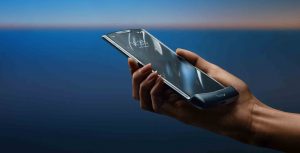 If all this sounds somewhat disappointing and you’re looking for a more true-to-memory experience of the Razr phone, Motorola has actually hidden an Easter egg in the settings.

‘Retro Razr’ transforms your display into the nostalgia-heavy keyboard of your early 2000s dreams. The setting applies a custom Android skin, preventing the top half of your screen from responding to touch leaving only the fake Razr keyboard on the bottom half of the foldable to navigate the device.

Unfortunately, the novelty of owning a Razr in 2019 comes with a price. At $1499 US dollars (approximately £1165), the revamped smartphone is over twice the price of the $600 2004 model. That said, if you’re looking for modern features delivered in true 2000s style the Razr could be exactly what you’re looking for.