Alongside its new Snapdragon 820 CPU, chip maker Qualcomm has used MWC 2015 to show off a new ultrasonic fingerprint scanner it has in the works.

You might be expecting some kind of rip-off of Apple’s Touch ID, which was introduced with the iPhone 5S back in 2013. But Qualcomm’s solution promises to be considerably superior to Apple’s trailblazing mobile authentication technology.

This is big news because none of Apple’s rivals have, to date, been able to beat or even match Touch ID for reliability or intuitiveness. This is because Apple purchased AuthenTec, the mobile security and biometrics company behind the Touch ID technology, back in 2012.

AuthenTec’s solution at the time was by far the best on the market. The company’s closest competitor, Synaptics, couldn’t provide anything anywhere near as good, which has resulted in some pretty underwhelming efforts such as that of the Samsung Galaxy S5.

Of course, the recent launch of the Samsung Galaxy S6 and Galaxy S6 Edge have shown that other companies have finally caught up with Apple’s Touch ID. But what Qualcomm is promising seems to be significantly better. 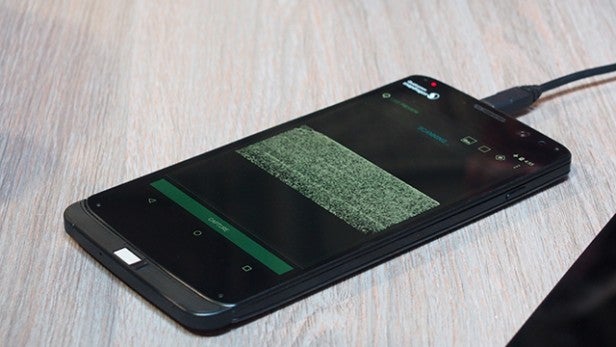 Qualcomm Snapdragon Sense ID 3D Fingerprint Technology (to give it its full and proper name) uses ultrasonic waves to form a detailed 3D impression of your fingerprint.

Rather than Touch ID’s simple 2D capacitive scan approach (pictured below), its sound waves actually penetrates the outer layers of your finger’s skin, picking up unique traits like fingerprint ridges and sweat pores. This allows it to assemble a 3D picture of your fingerprint.

It’s a technology that’s already in use in a number of professional and governmental environments that require biometric validation for access, so it’s the real deal. 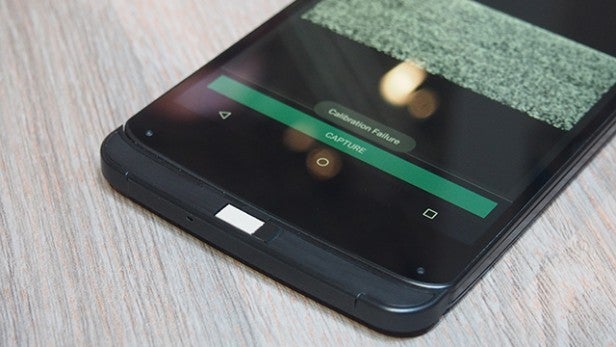 Qualcomm’s Sense ID is much more secure than Apple’sTouch ID. The ability to look beyond a mere 2D fingerprint pattern ensures that fooling the system will be significantly harder than taking a photocopy of a person’s finger.

The technology also implements Qualcomm’s SecureMSM technology and the Fast IDentity Online (FIDO) specification to provide secure passwordless authentication across any website or cloud application that supports it.

Related: Snapdragon 810 Features: What you need to know 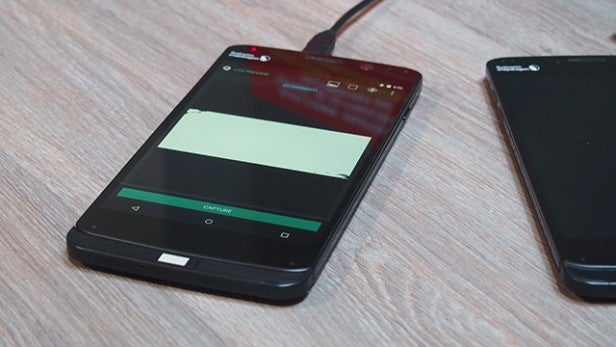 Qualcomm’s solution is much more reliable than Touch ID. It can operate even with dirty or wet fingers, which is something that Touch ID struggles to cope with.

Also, the nature of this ultrasonic technology means that its sound waves can be transmitted through glass, aluminium, stainless steel, sapphire, and plastics. This means that there won’t need to be a dedicated contact area on a Sense ID-equipped smartphone, unlike with Touch ID and its direct rivals.

In a time when smartphone manufacturers are looking to strip their designs back to the bare minimum, being able to do away with those physical home buttons and unsightly touch pads will be a major benefit. 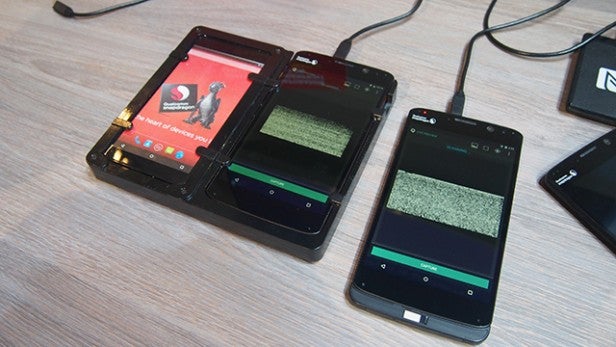 Qualcomm’s Snapdragon Sense ID 3D Fingerprint Technology will form part of the Snapdragon 810 CPU that will be making its way into flagship devices throughout 2015, as well as its Snapdragon 425 chip. So you can expect the first phone with Sense ID 3D before the end of the year.

The technology will also be available as a separate smartphone component, the company has confirmed, but Qualcomm has informed us that it’s focusing on intergrating the tech into smartphones for now.