Your television is a mess. It may look gorgeous, the picture quality may be jaw dropping and the price a bargain, but the whole sector is so badly unfocused, so entrenched in industry dogma and so distracted by gimmicks that even the most influential players will soon be swept aside by products initially deemed failures. Their most likely names? Apple TV and Google TV.

Need proof? The arrogant language from Google chairman Eric Schmidt this week was telling. Speaking at the Le Web conference in Paris he made the sweeping statement that: “By the summer of 2012, the majority of the televisions you see in stores will have Google TV embedded in it.”

Critics laughed, but they missed the point – whether Google TV achieves a 51 per cent or greater share in the next six months is immaterial. The point is Google believes the sector is such a lame duck it can use an abject failure to walk over multimillion dollar television platforms in the blink of an eye.

Schmidt isn’t alone, none other than Steve Jobs was on his side. “He very much wanted to do for television sets what he had done for computers, music players, and phones: make them simple and elegant,” explained Jobs’ biographer Walter Isaacson recently. “‘I’d like to create an integrated television set that is completely easy to use,’ he told me. ‘It would be seamlessly synced with all of your devices and with iCloud.’ No longer would users have to fiddle with complex remotes for DVD players and cable channels. ‘It will have the simplest user interface you could imagine. I finally cracked it.’” 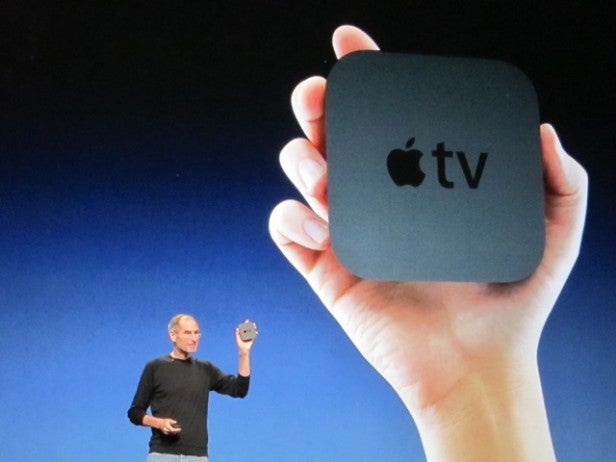 The furore which surrounded Isaacson’s words has caused rampant speculation that Apple is about to build a television. Again these voices miss the point. The point was the same as Schmidt’s: a major technology leader saw the television sector and its surrounding infrastructure as so fundamentally flawed that its own historical shortcomings meant nothing and it anticipates it can still walk in and take over.

So what are these terrible flaws? Jobs gave detail to Schmidt’s general disdain: televisions are unintuitive and inelegant, fundamentally isolated from other devices and software, their control systems are outmoded and their content sources complex. But why would Google TV or Apple TV – both little more than hobbies for their respective companies – be deemed to have such easy routes to success? The answer lies in their programming cores, Android and iOS. The ubiquity of these platforms, along with their hardware agnosticism means consumers, developers and manufacturers will know what they’re getting and that what they’re getting is easy to use and upgradeable. Much like phone manufacturers’ roles in the smartphone wars saw them pushed to being essentially hardware only companies, TV makers – in lacking industry-wide, consumer accepted platforms – will be forced eventually to yield to this cross platform future. As for the content providers, in the big picture they are but apps anyway.

Naturally enough, however, there are significant bumps in the road…