OPINION: There’s a major problem with HDR TVs no one is talking about – and only one real solution. TrustedReviews Home Technology Editor and resident TV expert Ced Yuen explains how to fix the current HDR landscape.

Finding high dynamic range video itself isn’t hard. There are HDR TV shows on Netflix and Amazon, and the latest 4K Blu-rays get you HDR films. It only gets tricky once you get into looking for an HDR-compatible display.

The problem with high dynamic range is that it’s not a standard. It’s barely a notion. It’s an unknown quantity, and therefore impossible to regulate. At best, that means people might get a little confused choosing TVs. At worst, it makes them easier to dupe. I got thinking about this after the recent Black Friday sales, when seemingly every TV with prices slashed had ‘HDR compatible’ slapped onto it.

Bad news, folks: there is a possibility that you’ve been misled. Just because you see those three letters on a box does not mean you’re about to have a supercharged next-level TV experience. Just because a TV is capable of receiving and displaying high dynamic range video signal, it doesn’t mean you’ll get the impact the label implies. In fact, some ‘HDR compatible’ TVs even perform worse than standard dynamic range TVs.

Related: What is HDR TV and why should you care? 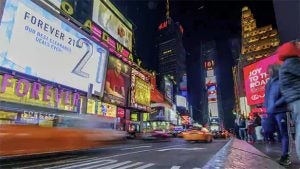 You see, not all HDR TVs are created equal. There is nothing that says a screen must display certain range of brightness and darkness, or certain number of colours, in order to use an HDR stamp on the box.

It’s not like the world of resolutions, which are ruled by specific numbers. You need to offer 4096 x 2160 pixels to qualify for proper cinematic 4K standards. For home 4K standards, you need 3840 x 2160 pixels, which is also known as UHD (Ultra High Definition). There are no such box-ticking exercises available for high dynamic range.

It’s not for lack of trying, either. The UHD Alliance is a loose confederation of manufacturers, content providers, studios and tech companies, with members including Netflix, Disney, Dolby and Twentieth Century Fox. They’ve come up with a set of standards called ‘UHD Premium’. To qualify, a TV must jump through certain hoops.

The idea is that if you see the UHD Premium logo, that TV has gone through certain checks to make sure it meets certain parameters. I won’t get into the numbers here, but you can read more about the specifics in our handy guide: What is UHD Premium?

It’s a noble idea, and it’s currently as close as we can get right now to a set of guidelines, but it’s far from infallible. Firstly, there are TVs that meet the standards, only to fall short in other, unspecified areas. A TV may reach the required brightness of 1,000 nits (think 1,000 candles) but how long can it sustain that intensity?

Meanwhile, there are superb TVs that meet the requirements, but don’t play the game of badges. Sony is one such candidate. None of its top end, trade-in-your-firstborn calibre TVs has a UHD Premium badge, settling for its own ‘4K HDR’ logo instead. Follow the UHD Premium road and you may miss out on some great options. The Sony ZD9 is one of the best TVs you can buy right now – but it’s not UHD Premium-certified.

So while buying a UHD Premium badge guarantees you a significant upgrade, there’s still a worrying level of vagueness considering the price of your average premium TV. Which leads me to the next issue: price.

If we take the UHD Premium standards as the height of TV performance, then surely we must recognise the step-down alternatives. The UHD Premium system only addresses the top-tier fancy TVs, saying nothing about all the ‘HDR compatible’ models that people might be tempted to grab because of a red sticker in a shop. Of course the best tech always comes at a price, but that doesn’t mean the lesser market should be a Wild West situation.

Then there’s the issue of future proofing. A UHD Premium logo essentially guarantees what you’re buying is one of the current best, but what about upcoming standards? Will the UHD Premium system shift with the advent of new criteria? 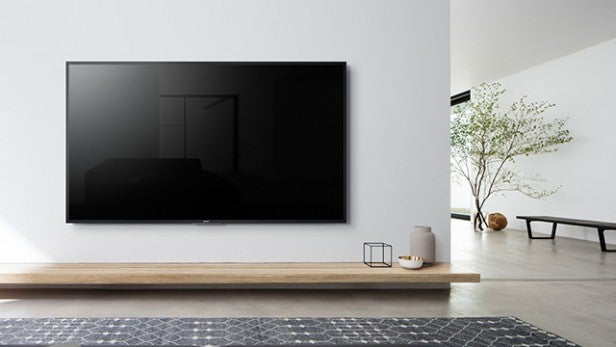 One such obstacle that comes to mind is the broadcasting of high dynamic range video. The majority of high dynamic range video is currently being streamed, but eventually – sooner rather than later – we will get terrestrial HDR. There is will behind it, and already there are significant efforts made to make sure that we can broadcast HDR. The closest we have right now is a system called Hybrid Log-Gamma, which is being co-developed by the UK’s BBC and Japan’s NHK.

It, or something like it, is going to be the future of broadcasting. I reckon the UHD Premium logo, despite the good intentions behind it, is doomed. You can’t have a big fat seal of approval that doesn’t take into account the latest standards – and messing with judging criteria now would be unfair to products that already bear the logo. No – there must be a new system for labelling high dynamic range products.

The solution to the HDR problem…

I had a lightbulb moment. Well, I was changing lightbulbs, and I had a thought. And I noticed the EU Energy Efficiency label on every box, which rates products from A+++ (so efficient you can feel a little smug) to D (you must hate the planet and own a large wallet). Why isn’t there something like that for HDR TVs? This is a system that recognises there are various grades of performance, and it would be perfect for something as variable as high dynamic range.

I know that energy efficiency is very different from the world of TV specification, but that doesn’t mean high dynamic range capability can’t be divided into tiers. As it is, you’ve got UHD Premium at the top, and then chaos. But I’ve reviewed enough TVs to know that you don’t need to pay top money and demand top performance to get an excellent product.

HDR, as a concept, as well as the wider TV industry, would benefit from such a transparent graded system that incorporates the affordable as well as the cutting edge. For all the UHD Premium TVs I shout about, there are lovely surprises from the cheaper end.

Take the Hisense H65M7000: not anywhere near the UHD Premium specifications but a stunner nonetheless. In my imaginary scenario, this TV would not get an HDR rating of A+++, but it did well enough that I’m certain it deserves a B at the very least. Imagine Wendy and Peter seeing that in their local Currys PC World next Black Friday.

Peter: That sounds like it’s too good to be true. Maybe it sucks at HDR. I’d rather have a puppy.

Wendy: Nah, it’s got a B rating for HDR. That’s definitely as good as a puppy.

Wouldn’t that be much better? Wouldn’t that be as straightforward as checking the back of the box to see if it has the right resolution, as we’ve already been doing for years?

In a few weeks, I will be flying to Las Vegas to cover CES 2017. The UHD Alliance has scheduled a press conference, where no doubt TV standards will be addressed. I seriously hope that those guys also had a lightbulb moment.

This sort of system will only lead to greater consumer confidence, and more TV sales as fewer people wait for the tip-top models to come down in price. And if not more TV sales, how about happier TV sales and fewer angry returns?

Do you agree with Ced? Let us know in the comments below.