OPINION: Nick Cowen explores whether shock value is enough to sell a game, or whether it is a cheap trick to fuel discussions.

It begins with eerie synth-lines and a rumbling voiceover spewing nihilistic sentiments, condemning both the world and all the “human worms feasting on its carcass”. A long-haired, trenchcoated shadowy figure loads guns, grabs grenades and picks up a knife as the voice continues, announcing the intention and desire for mindless slaughter. This protagonist then steps out his front door and begins mowing down civilians indiscriminately with machine gun fire.

The scene described above is the intro to a trailer for a video game called Hatred – and it’s caused a proverbial storm of debate online.

There’s something very near-the knuckle about Hatred’s in-game action and it’s obvious why many have been offended by it. The trailer, in which the protagonist can also be seen executing victims graphically as many of them flail and beg for their life has turned quite a few stomachs and caused many to opine that the level of violence in Hatred has crossed a line. In turn, it’s raised questions about the levels of violence in games that players now find palatable. 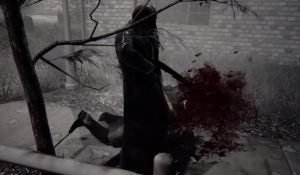 This reaction was clearly something Destructive Creations, the developer behind Hatred, was banking on.  The Polish studio has made a considerable amount of mileage out of controversy. It launched its trailer on Facebook with more of a dare than an announcement: “Spread it on the web! Share it! Bring it everywhere and let the haters hate! (And they will, oh they will…)”. Furthermore, Destructive Creation has admitted to wanting to ruffle feathers on its official website.

“These days, when a lot of games are heading to be polite, colourful, politically correct and trying to be some kind of higher art, rather than just an entertainment – we wanted to create something against trends,” it said in a statement.

“Something different, something that could give the player a pure, gaming pleasure.”

The developer wanted to shock as a means of getting attention – and it worked. The trailer racked up nearly a million views on YouTube and then it had to be recut after Epic Games requested that the logo for their Unreal Engine 4 be removed from it. The New York Police Department also asked Destructive to remove its trademarks from the trailer. 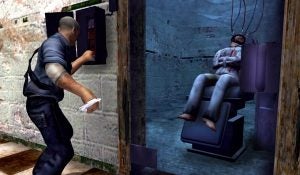 In the wake of all this, Hatred has become a lightning rod for articles and arguments on violence in the video games community and at present there seems to be no middle ground. Many have decried its content as sick, offensive and tasteless and questioned whether it should be allowed to exist. Others have applauded the developer’s brazenness and dismissed complaints about Hatred’s content as both hypocritical and evidence that the PC brigade are up in arms about nothing. After all, they ask, acts of violence are central gameplay mechanics for tons of video games, so what makes Hatred any different?

It’s true a lot of games contain violent content. Shooters and open world games are two of the most popular genres in the industry and players usually stack up a significant bodycount on their way to the end credits in them. The likes of Manhunt, Bulletstorm and the upcoming Sunset Overdrive actually reward players for the manner in which they kill their in-game enemies. Besides, the notion of indiscriminately killing NPCs for fun with a damaged protagonist isn’t even a new one; Hatred’s premise is borrowed wholesale from the Postal series of games and the only real differences between them are that the former has better graphics and none of the humour of the latter. Hatred, like Postal, presents mindless violence stripped of any context and it’s a disturbing sight to behold. 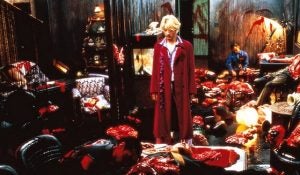 That’s a lot of blood: Ichi The Killer’s visceral content isn’t palatable to every viewer

But does that mean it doesn’t have the right to exist? I have to confess
that I don’t really have much time for Hatred based on what I’ve seen.
It comes across as shallow, immature and gratuitous. I won’t be buying a
copy should it ever see the light of day (and Destructive Creations
should probably keep an eye on the regulatory bodies in the regions it
plans to release the game in). But does my revulsion of this game give
me the right to insist that it should never have been made?

Entertainment – be it in the form of games, films, music or art – reserves the right to offend. Show five or six of your friends a film like Takashi Miike’s gore-fest flick, Ichi The Killer, and its doubtful all of them will enjoy it. Even though it boasts more context and plotting than Hatred seems to, some may be revolted enough by what they see in it to ask some serious questions about you and the sort of entertainment that appeals to you. But they’d never deny its right to exist. 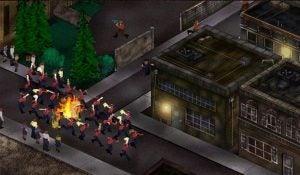 Destructive Creations should tread carefully, however. Controversy and
shock are great marketing tools but they by themselves aren’t enough to
sustain a game’s appeal. It doesn’t matter how many civilian and cop
NPCs players blast their way through in Hatred, if the final game proves
dull and repetitive, it’s doubtful it’ll attract players in their
droves.

This is a problem the Postal series ran into; while the first two entries pushed the boundaries of taste (for their time) they received mixed reviews, largely due to the fact that they weren’t consistently fun to play. They made money, sure, but their main cache is notoriety – and even that wasn’t enough to ensure the success of Postal III, which was roundly panned by reviewers. 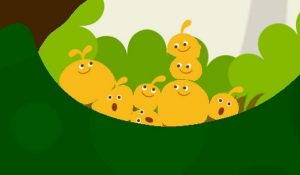 Any idiot can shock their audience, but it takes true talent to make a classic game.  Unless the core experience is satisfying, controversy has a way of looking cheap.