I’m a snapper. I found out last night that my first love and Stephen Fry’s were the same – a Polaroid Camera, snap. I was in awe of my clunky ‘instant’ memory-making beast. I still am, truth be told. I think cameras are an art-form. Perhaps not your regular silver boxed compact, but their ancestors certainly were, and quite regularly retro camera masterpieces pop up onto the market and make me want one all over again. There is even something beautiful about a homemade box of wonderment. Did you see this recently? It’s a home-made camera, constructed from Lego, tape and cardboard.

I like the way the chap used duct tape – kind of gives it an urban edge. The fact is that if you google Lego and cameras, you will be bombarded by a pick ‘n’ mix assortment of DIY Lego tech that works, even a blocky version of top-end divas like the Leica M8. Now that is a beauty. 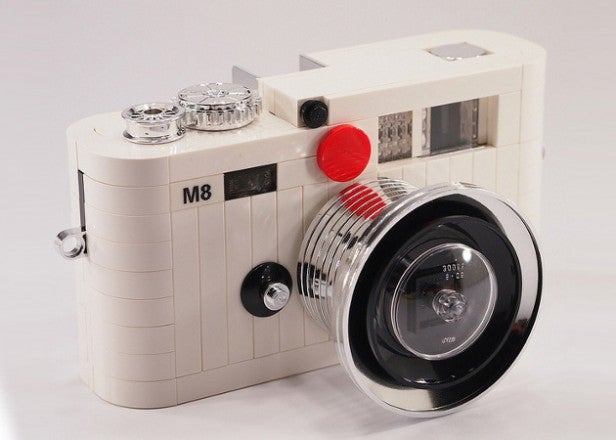 Personally I don’t have the time to make my own gadgets, but I do find all the paraphernalia beguiling, and sometimes useful. In the headlines recently was a prototype camera ball built by Bounce Imaging. It is a ball that can be thrown into any situation to ascertain the terrain, temperature and oxygen levels, and then wirelessly sends the data back to a phone or laptop.

The device contains six cameras. These cameras shoot two frames per second when the ball is thrown, there are infra red LEDs to counteract poor light and when collated the software stitches the shots together to form a 360-degree image of the environment. Obviously this would be of great use to search and rescue teams, the military and so on. It’s expected to go to market in early 2013. That’s a long way away from my early Polaroid, but it could actually save lives. 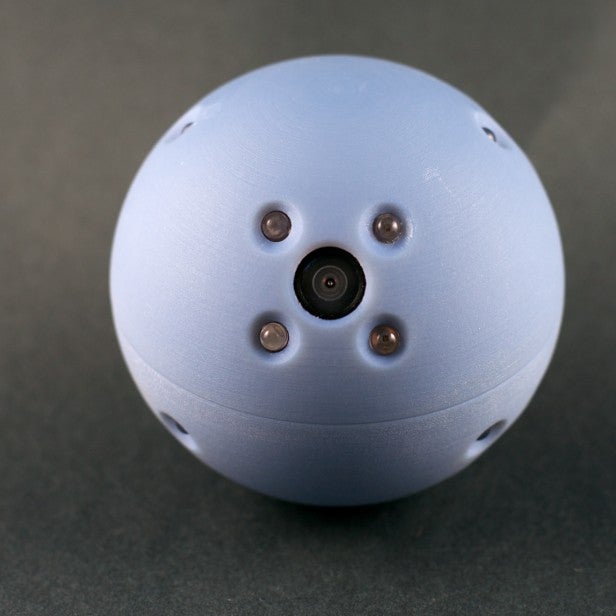 On a lighter note, apps can create funky styles to shake your images up a bit. I’ve been using Slit-Scan to create some rather avant garde pics. It’s free and worth a punt to see the world in a different way.

It uses the Slit Camera technique where a moving image is shot via a slit so you end up with a picture made up of hundreds of time slices. If that gets your grey matter working then I bet, like me, you’ll fancy a play with the Lytro camera, which lets you choose your focus point after taking a snap.

The Slit Camera technique can come up with some bizarre results

I have been banging on about this little beauty for ever it seems, because it throttled my imagination and I’ve really been wanting to have a play. Sadly they don’t ship to the UK yet, but if you’re in the States or Oz, get one.

The Lytro is a camera that creates a changeable picture. You can share the image and your friends can change the focus point or even (from Dec 4) the perspective. The device captures the entire light field, rather than a 2D image, so rather than one shot, you are treated to a million different possibilities. I think it’s wonderful. Just imagine that one day this tech might feature in our phones.

On a final flash note, if you’re into action and are about to pack your sunblock and thermals for a ski/boarding trip you might want to check out the new Go Pro Hero3, which I still think is the perfect sports camera. I even used a couple recently for a live web broadcast. It’s lighter, faster than before and has improved audio, up to 4k shooting and a 12-megapixel sensor. What’s not to like? And you can pretty much attach it to anything. Say cheese…