In the pantheon of core video games, no franchise has the impact of Grand Theft Auto. Last year’s installment, GTA 5, was a critical and commercial juggernaut, reviewing off the charts and selling $80m worth of units in the first 24 hours. The fact that it’s about to land on the new generation of consoles is big enough to occupy space in both Sony’s (E3) and Microsoft’s (Gamescom) keynote addresses.

In the past, GTA games were mauled by the mainstream media, but GTA 5, in spite of being centred around three of the most psychotic characters the medium has ever produced, walked away smiling.

It was reported in the UK that someone who bought it had been stabbed for their copy on the way home, but not much was made of this. There was no hysteria. No accusations that Rockstar Games, the developer behind this title, was in any way responsible for this tragic state of affairs.

Rightly so. The jury is still out on whether the violent content in games has any affect on the people who play it and now that games have worked their way into the mainstream to this extent, suppositions along these lines feel cheaper than ever. A decade ago, GTA 3 was a threat to all that was decent. Today, GTA 5 is part of the mainstream’s pop culture datapack. 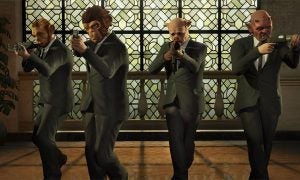 The brutal pursuit of capitalism: GTA V puts a premium on wealth accumulation by any means necessary

Besides, the audience of GTA 5 has bigger issues to worry about. Even if one was to take it as read that the content in video games has a psychological impact, the generation playing it has far bigger issues to concern themselves with. Not least of which is graduating school in a country where the last Education Secretary seemed intent on disenfranchising them, demoralizing teachers and downgrading education standards that didn’t fit in with his rubric. The current Education Secretary’s biggest announcement concerns ‘extremist toddlers’. Think about that for a second.

If members of the generation currently in school manage to get into university, they’ll leave with crippling debt. Unless they’re entering a vocational occupation they’ll be faced with a shrinking job market where unpaid internships, declining salaries and zero-hour contracts are becoming the order of the day. If they’re based in London they won’t be able to afford a house without selling at least three kidneys and robbing a bank. If they’re lucky enough to be able to able to save for a pension, they won’t be able to collect it before the age of 69. 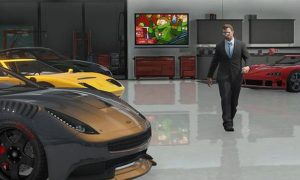 Look at all my shiny toys: In GTA Online players keep score with their collection of bling

The generation currently hovering around 16-years-of-age doesn’t have the many advantages their parents took for granted. They won’t have final salary pensions, a job for life, affordable housing, free education, a working NHS, a state safety net to aid them when they’re in dire straits and a retirement age which allows them to enjoy their autumn years. They’re staring at a gaping abyss.

So in light of all this, the debate surrounding whether GTA 5 – or indeed any other game containing violent content – can maim them psychologically seems rather moot. They may as well have some fun before adulthood swallows them whole.

Grand Theft Auto 5, incidentally, is perhaps a bad example for older generations to tag as the root of every evil. First off, media pundits have been slating the franchise for its violent content and the possible effects that may have on its audience since the first iteration was released back in 1997. More than a decade later, GTA’s audience has yet to rise up in the middle of the night and go all Children Of The Corn on its parents. 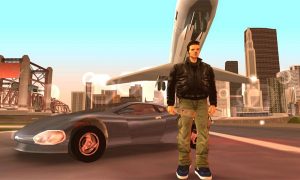 Second, if there is anything to the idea that a video game can alter the behavior or moral compass of its audience – and we still don’t know if that’s the case – then GTA 5’s online mode could serve as a useful teaching tool for the people playing it.

The reason I say this is because in GTA Online, the player’s forward momentum is all about the accumulation of wealth. There are races, fights and all sorts of shenanigans they can get into, but wealth is the means of keeping score. Elite status is conferred by the number of weapons you have, the size and style of your wardrobe, how many cars you’ve tricked out, how many pieces of property you own and the amount of cash sitting in your account.

As I mentioned, there’s still no rock hard evidence to prove that the content in a video game has the ability to psychologically affect its audience. But, playing Devil’s Advocate, let’s say it could. 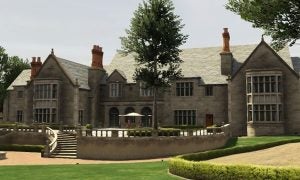 A house in the hills: As in the real world, property and location confer status

If that was the case, GTA Online could lead its audience to a better life than the one I described above, in that it’ll teach them about the importance of amassing wealth. About the necessity of looking at life in terms of the bottom line of a balance sheet.

This worldview is an asset that is highly useful if one is intending to enter the financial sector, which incidentally, is one of the few non-vocational industries that offer massive rewards. Those who work in finance can afford a higher quality of life as their industry offers whopping salaries and eye-watering bonuses.

While competition is a brutal fact of life within finance, the industry itself has essentially been ring-fenced by successive UK governments, no matter how much damage it causes and no matter how irresponsibly it behaves. In light of this, GTA 5 would put entrants ahead of the game – that is, if it is capable of making any psychological impact on its audience. 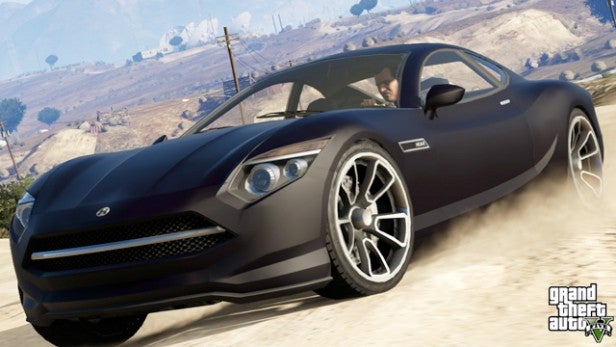 Once again, this is all supposition. There’s no evidence to suggest a video game’s content can warp the minds and morals of its audience. No one plays GTA 5 or any other game for any length of time to get an education. They do it because it’s fun.

That having been said, the prospect of adulthood for the youngest in society looks bleak – unless they’re lucky enough to have been born into wealth – and those staring down the barrel of it could do with a reality check or two. And if you’re a parent of a 16-year-old child and what you find what you’ve just read disturbing, then I suggest you take a good long look at the world your generation has prepared for its offspring.

Read more: GTA 5 Guide – Things to do in Los Santos