Over the next few weeks we’ll be spending a frankly unhealthy amount of time in GTA 5’s Los Santos. We’ll be there to uncover all the top easter eggs, tips, tricks and cheats for your gaming pleasure.

However, we already know a bunch of the best. Here are our favourite GTA 5 cheat and easter eggs. But first why not read our full GTA 5 review.

It’s a bit early for us to have revealed too many GTA 5 easter eggs, and Rockstar claims no-one will ever find all of them. Here are a few of the bits we’ve discovered so far. Just want cheats? Scroll down a bit further.

Hollywood get-up
The clothes available in GTA 5 are littered with references from popular films, and Rockstar’s other games. Look out for the jacket with a crab on the rear, which looks a lot like the jacket Ryan Gosling wears in Nicolas Winding Refn’s Drive. Next up is a jacket called Overlooked Red Blouson, which is a clear reference to the jacket Jack Nicholson wore in The Shining. It’s a pretty innocuous red jacket, but the name gives it away – the hotel in the film was called The Overlook.

A Hawaiian shirt in the game is also the spit of the shirt Max Payne wears in Max Payne 3 – a 2012 Rockstar game.

Shark fishing
If you swim out far enough in GTA 5, you’ll encounter probably one of the most terrifying characters in the game – a great big shark. It’s much quicker to hijack a boat, drive it out into the blue until you see a red blip on your radar. This indicated there’s a shark nearby.

There’s no way out of this fight, short of jumping back on your jet ski quick-sharp, but it does earn you an achievement.

Playboy Mansion
Rockstar put a replica of the Playboy Mansion in GTA 5. It’s found just to the north west of the main city area of Los Santos.

In the daytime it seems like a fairly classy old-school mansion, but at night it’s lit up with colourful lights to give it some more of that Playboy flavour. Sadly you can’t enter the house, or buy it, though.

Zombie Walkers
GTA 5 is not a zombie game. However, there is a zombie walker in there, of sorts. On one of Los Santos’s sidewalks you’ll find a washed-up actor playing the role of a zombie walker. He has a voice-acted story to tell you too – worth seeking out.

The ‘Lost’ hatch
What set of modern culture references would be complete without a nod to Lost, a TV show that was still running when GTA 5 started production. It’s not too easy to find. Deep under the sea is a ‘hatch’ based on the one seen in the US TV show. You’ll find it to the east of the north coast of the island. You’ll really need the submarine to get down there, although get too close and you’ll be crushed by the pressure – even if you are in a sub.

Flying UFO
GTA 5 is littered with alien references, but one of the most striking extra-terrestrial easter eggs is the UFO suspended in the sky. It’s found above the Fort Zucado military installation. Sadly, you can’t pilot the UFO, but this is one easter egg completists will certainly want to seek out.

Master Chief
There’s a Master Chief imposter on the strets of Los Santos. You’ll find him in front of the cinema in north Los Santos. He won’t always be there, but if he doesn’t appear just drive around a little more and return to the same spot.

It’s not a 100 per clone Master Chief clone, but then that could land Rockstar in hot water. It’s just an affectionate nudge/dig at another mammoth gaming franchise.

The ghost of Lenora Johnson
Lenora Johnson is a murdered actress in the world of GTA 5. You can unlock a mission to solve the murder by picking up 50 scraps of paper across the city, but you can also find her ghost.

She appears on the cliffs between the hours of 11pm and 12pm, on the top of a mountain in the top-right side of the map (north east, in other words).

Rusted tractor
One of GTA 5’s unique vehicles is the rusted tractor you’ll find by a farm in Cape Catfish, in the north east part of the map.

It’s an unmistakeable GTA 5 classic vehicle, but if you’re expecting a tractor supercar, think again. This tracker is rusted to hell, doesn’t have any tires and it’s pretty slow.

Bigfoot
One of the earliest publicised (or rumoured) easter eggs in GTA 5 was bigfoot. It’s real, and you’ll find the beastie during a mission called Predator – if you’ve not reached far enough into the game you’ll have to soldier on.

When in the helicopter looking down on the forest during the mission, turn on thermal imaging and slowly look across the forest. You’ll see the heat signature of Bigfoot. However, look directly at him and he’ll disappear.

UV map secrets
The map included with the special edition of GTA 5 includes messages that can revealed by shining a UV light over it.

Niko’s ride is in the port
An almost exact replica of the ship that brought Niko Bellic to Liberty City in GTA IV can be found in the port of Los Santos. It’s called Octopus – a brother to the Platypus ship that Niko took.

Underwater alien corpse
You’ll find a frozen alien corpse in the prologue mission. It’s directly under a bridge you drive over in your travels, stuck within a frozen river.

Nico Bellic exists in the world
The star of GTA IV exists in GTA 5. Nico Bellic is referred to occasionally throughout the game, although we’re yet to see if he actually turns up in person.

Now, onto the cheats… 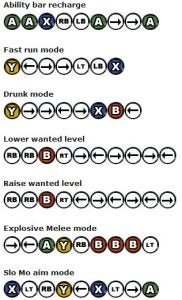 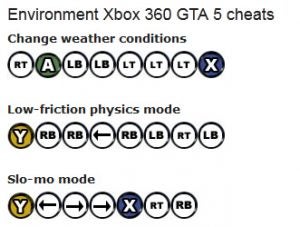 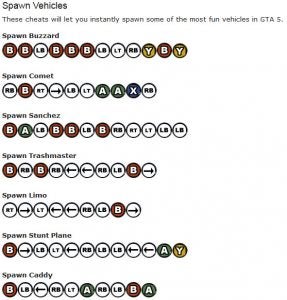 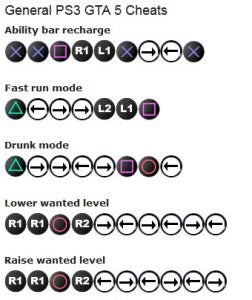 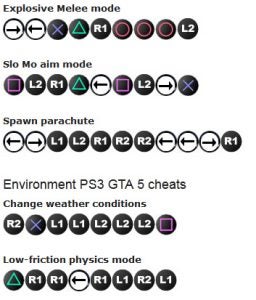 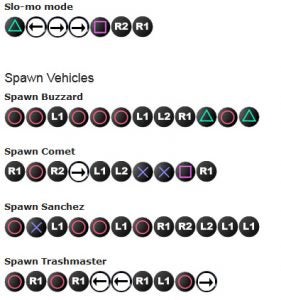 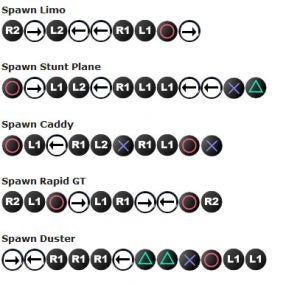