No idea what Project Tango is? Fear not, this has nothing to do with sugary orange drinks or passionate Latin dancing. Announced early last year Project Tango is Google’s attempt to get mobile phones and tablets to see the way we see.

This means spatial awareness, augmented reality and the ability to understand an environment and your relation to it. That’s all with the aim of understanding the world around it. Intel provides a vital cog and that’s its RealSense 3D camera.

Since first unveiling RealSense a couple of years ago Intel hasn’t made huge inroads selling it to consumers. That may all be about to change. Dell has already used the camera in its Venue 8 7420 tablet, and the HP Sprout combines it with a down-facing projector.

Now manufacturers are looking to embed it in everything from two-in-one laptops to mobiles to give them accurate gesture control and snappy 3D object rendering among other things.

Watch our video of Google Project Tango in action

So can Project Tango provide a cost-effective solution to the HoloLens? Let’s first have a look at what Project Tango combined with RealSense does.

What can Project Tango do?

Well there’s a bunch of obvious, but useful, stuff that Tango is capable of.

For example you can instantly measure a room and area dimensions. This means you don’t have to stand around Ikea with a paper measuring tape scratching your head with an undersized pencil while you try and figure out if that sofa bed will fit in your spare room.

A phone or tablet packing Project Tango and a RealSense camera makes that dead simple.

There’s also potential for helping those whose eyesight may be fading. Tango recognizes where a device is in relation to the environment so it can send signals by sound, or even voice, to the user. Researchers at the University of Lincoln are working on just that.

Intel has even plugged its RealSense camera into drones so they can automatically avoid obstacles, even moving ones, without the need of Wi-Fi or Bluetooth connectivity.

Watch our video of the Intel RealSense drone

Then there’s the business angle.

Whether it’s to map a house for an estate agent to put online or helping robots better interact with an environment, there are countless applications that can help companies do things quicker and smarter.

Collaborations with retailers like Walgreens and Target have already started in the US. Aimed at helping you part with your cash more efficiently, they’re still in their infancy but give a glimpse into the shop of the future.

One of the more fun applications comes in the way of gaming. More specifically, how Project Tango can use augmented reality apps to let you play games in real-world environments.

I tried out a basic robot first-person blaster. Moving around a phone mounted on a Nerf gun gave me a 360-degree view of my surroundings. This isn’t so different from using any accelerometer-packing smartphone with a VR app.

Things get a lot more interesting when I physically walked forwards. Objects on screen started to get nearer as I moved towards them.

Imagine sneaking you way up to a shiny little critter with perfect accuracy in Pokemon Go before throwing your Poke ball. This element alone can bring a whole new set of mechanics to mobile games.

Then there are environments. Maps can be created using the layout of your house or garden – suddenly level-design becomes something far more personal and familiar. It should stop you smacking your little toe on a coffee table while shooting your mate, too. 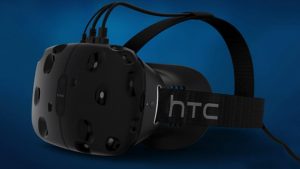 In many ways the effect of the position tracking technology is similar to using the HTC Vive VR headset except Tango doesn’t require chunky lasers to understand the space around you, and it’s not restrained to a specific 20’x20’ area.

Couple Project Tango with Google Cardboard-style headset and we could see a real threat to the more well-known VR headsets set to be unleashed on the world soon.

Currently, though, Project Tango is more akin to Microsoft’s HoloLens.

HoloLens on a budget?

We still don’t know exactly how much we’ll have to shell out for HoloLens, but a Microsoft Executive talking to the New York Times suggested it will cost “significantly more than a game console”.

So, a significant investment, then.

An internal RealSense camera costs a fraction of that, and you’re bound to have a smartphone for the foreseeable future.

Sure, a Project Tango phone won’t be able to provide all the functionality the HoloLens promises. Pinning TV displays to walls and having a transparent screen are unique to Microsoft’s device.

Project Tango can provide some of its core features, like at a far more accessible price, however. It’s also not quite as full on as Microsoft’s helmet that encompasses your head.

No phone manufacturer has, so far, announced RealSense in a smartphone and the only way Project Tango will take off is if major players start supporting it.

Let’s hope they do soon.

Do you like the sound of Project Tango? Let us know your thoughts in the comments section below