Google Photos has long been available to Android, iOS and desktop users, but Google has announced it’s adding more features to the service. Here’s all you need to know about the standalone photo and video app.

The Google+ Photos spin-off retains many of the features that service included before it was ripped out of the social network, but has been treated to lots more to make it a fierce rival to Apple iCloud and Flickr.

Here’s what you can do with Google Photos. 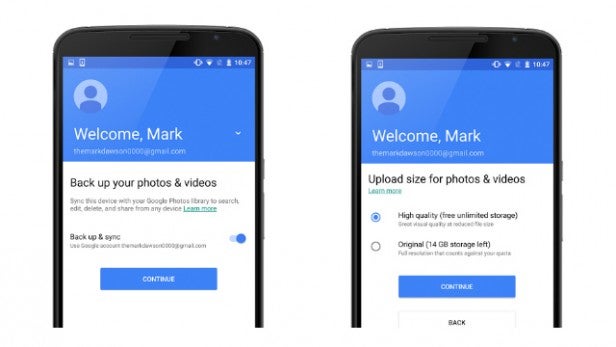 That’s right, there’s no limit to how many photos and videos you can back up, at least if you opt for the high quality storage option. You can also get the app to back up images to the cloud automatically or manually.

Compared to similar services, Microsoft’s OneDrive offers 15GB free storage and iCloud gives you 5GB without asking for any of your cash. Flickr also offers an impressive 1TB of space for storing your pics. It’s important, though, to clarify exactly what Google means by ‘unlimited’.

When you set up the Photos app it will ask you to choose between High Quality or Original storage options. If you go for the first option, you’ll have the unlimited storage. Google recommends this for images produced by a smartphone with a 16-megapixel camera or less. So something like the Samsung Galaxy S6 or the iPhone 6S fits that profile.

When images are saved, they’re also resized. Similarly, any video recorded in a resolution higher than 1080p will be scaled back down to 1080p. Want to sneakily try to back up images bigger than that 16-megapixel cut-off? They’ll be scaled down too. 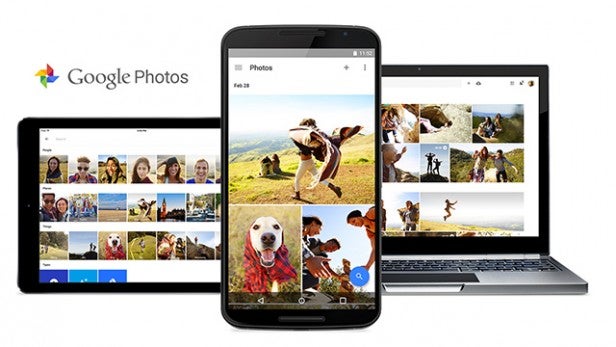 The Original option, meanwhile, gives you 15GB of storage but taken from the same free 15GB allowance you’re already assigned as a Google account holder. That includes any space you’re using on Google Drive, Gmail and Google Photos. If you want more, you’re going to have to pay for it. Google recommends this option for users taking images with DSLRs and will keep the images stored in their original state.

If you decide you want to switch to the other storage option, you can do so through the Google Photos settings page, but images you’ve already got stored won’t be resized. 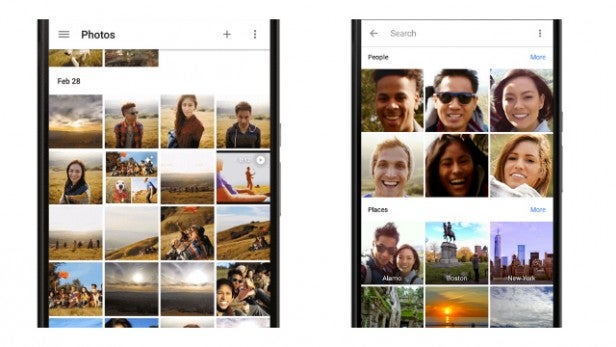 Saving you from scrolling through streams of photos and videos ordered only by date, the Photos app does the hard work for you by automatically grouping images by people and places. You can choose to view by weeks, months or years, but when you press the magnifying glass you’ll also be able to type in general terms like the names of places and types of food.

However, in order to quickly hunt down that one specific picture that always takes you ages to find, tags will help you out. Once you’ve tagged your family and friends, you can search their name alongside another term, in order to return a more specific set of pictures.

For example, while ‘skiing’ will bring up all skiing images, and ‘Dave’ will return all pictures of Dave, ‘Dave skiing’ will dig up those gems you were after all along.

Like the majority of photo apps you find pre-loaded onto phones, Photos lets you make adjustments to images with elements such as colour and lighting. If you want to get really get creative, you can even make animations, movies and collages. There’s also a new Assistant, which you can find in the dropdown menu in the main Photos homescreen. In the Assistant section you’ll be prompted to back up content, but it can also automatically create collages and animated from batches of your photos. You’ll then have the option to save them to your library. 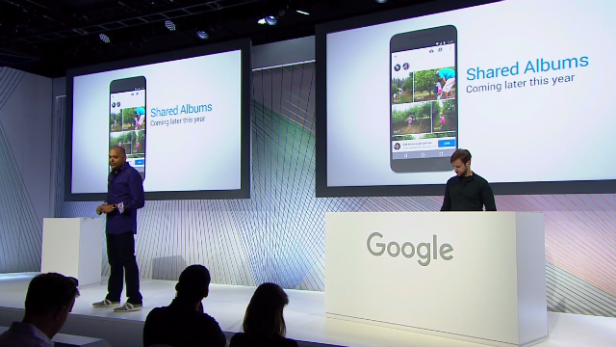 Building on the functionality of the old Google+ Photos, you have multiple ways to share the content love. Social networks like Twitter are supported, as well as instant messaging services such as WhatsApp and Google Hangouts. You can also send by email, text or by a short link, which doesn’t require a login or a dedicated app. When that link is shared, the recipient can save the high-quality images to their own photo gallery as well. If you want to keep track of links sent out, there’s also a Shared Links section where you can review all of the images and video link history.

What’s more, anyone you share an album with can become a collaborator, adding their own images to your collection. You’ll receive notifications when they upload their own snaps, as will they when you decide to throw in extra pictures. Even if you’ve got nothing to bring to the party, you can still join in the fun by subscribing to albums, in which case you’ll be notified when anything fresh is added.

Nobody really likes passing their phone around to show pictures to the people in their immediate vicinity. As Photos now plays nice with Chromecast, you won’t need to. That, of course, is if you use Chromecast and happen to be in your living room at the time. Once you connect your phone to your TV, you can instantly project your pictures on the big screen, making it easier for everyone to laugh at that picture of your drunk friend sleeping on the toilet. Slick. 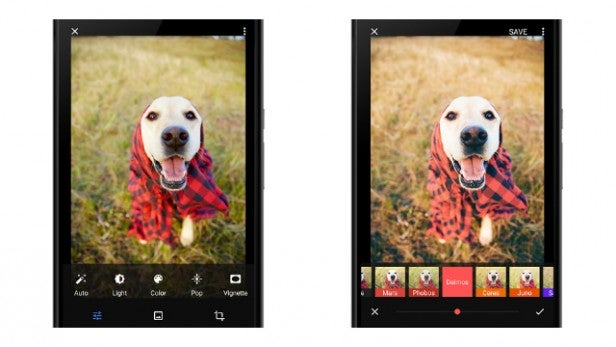 Google offers the ability to access Photos offline too, which is something that’s available in other services, such as Apple’s. Microsoft looks set to introduce a similar option for Windows Phone users when it launches later this year.

If you’re worried about photos and video chewing into your phone’s storage, Photos should make it easier to delete content already backed up on Google’s servers.

How do you think Google Photos compares to rival services? Let us know in the comments section below.