The Google Nexus 7 keeps its connectivity options very simple. There’s a microUSB port, used for transferring files and charging the battery, and little else. Ok, there is a headphone jack too.

Amazon’s Kindle Fire HD doesn’t add a great deal more, but it does offer a microHDMI video output, for direct connection with a TV or monitor. This ups its credibility as a multimedia device significantly.

One area where the Kindle Fire HD clearly beats the Google Nexus 7 is in internal speaker design. The Google Nexus 7 has two speakers that sit on the bottom of the tablet. Even if they pipe out stereo audio, there’s not much chance of anyone being able to discern much of a stereo effect. 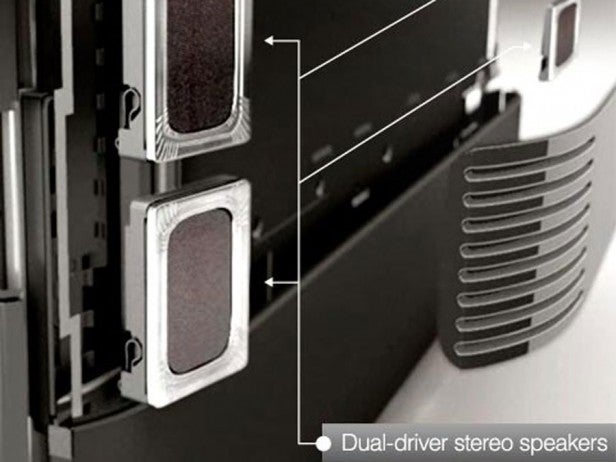 Amazon has put a lot more effort into the placement of the speakers in the Kindle Fire HD. They sit within a plastic strip on the back of the tablet, with two speakers at each end. Using dual drivers for each side of the stereo output should not only increase body and volume, but also should help avoid the ill effects of resting a palm over the speaker grille. Well done, Amazon.

The Amazon Kindle Fire HD wins the storage battle, there’s no doubt about that. Offering double the memory at the same price, and double the maximum capacity, the Kindle Fire HD can fit a whole load more movies in its memory banks. The low-end 8GB Google Nexus 7 will only be able to hold around five films, and that’s at SD resolution.

Neither tablet offers expandable memory, though. Their companies are a little too intent on encouraging you to use their own movie services to let you jam a massive downloaded movie collection on the tablet easily.

The Amazon Kindle Fire HD processor has been upgraded since the days of the first-generation Kindle, with a faster 1.2GHz clock speed. However, it really doesn’t sound too impressive next to the quad-core processor of the Google Nexus 7. We get the feeling Amazon looked at what it needed the Kindle Fire HD to do, and specc’d it accordingly.

It’s the same processor that features in the Samsung Galaxy Nexus, which in the fast-paced smartphone world is getting on a bit. In benchmarks, it certainly isn’t capable of keeping up with the quad-core Tegra 3. It can, however, handle some pretty neat-looking 3D games.

Battery stamina is a tricky one to measure when you have sets to data that don’t quite line up. Our own video test of the Google Nexus 7 showed that it managed a little over eight hours when playing a looped video. Google claims it’ll handle up to 10 hours of web browsing, which seems a reasonable enough claim. Amazon seems to suggest the Kindle Fire HD will last a bit longer though – 11 hours.

However, it hasn’t yet revealed any proper capacity details, just the hour figure. The Nexus 7 uses a 4,326mAh battery, and we expect the Kindle Fire HD’s module will be eerily similar. The first Kindle Fire has a 4400mAh battery.

Amazon and Google kept things sensible with cameras. The Kindle Fire HD and Nexus 7 have just one camera each, designed to be used for video chatting over Skype and the like. 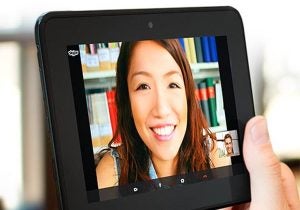 Asus says that the omission is partly down to cost, but we like to think that it’s a choice of taste too. Cameras on tablets are kinda lame – we all know it’s true.

Tablets that are at the same time quite different and eerily similar, we think that both the Amazon Kindle Fire HD and Google Nexus 7 are rather fantastic. Great screens, great value and enough grunt under the bonnet to keep things ticking over nicely virtually ensure them a good reception.

In pure value terms, the improved speakers and greater storage of the Kindle Fire HD mean it’s a bit more attractive to tech novices. However, real gadget lovers will appreciate having the full Android Jelly Bean OS to play with, and access to Google Play over the Amazon Appstore.