The Google Nexus 4 is a phone that had the potential to change the way the public thinks about high-end phones. It offers specs not too far off those of a phone like the £400 Samsung Galaxy S3, but you can snag  one for just £239.

Oh wait, no you can’t, because the thing is never in stock.

The Google Nexus 4 was released on 13 November, first sold through the Google Play devices store, where Google sells its Android phones and tablets. Without any public fanfare, adverts on tubes or obnoxious TV ads featuring silhouettes of dancing fools, the phone sold out in 30 minutes. You couldn’t even pre-order the thing.

A month on, the Google Nexus 4 has only been available to buy once more. It re-appeared on the store on 4 December. Seemingly within seconds, though, Google Nexus 4 went from being in stock with a short lead time, to available within a few weeks. Within minutes, the glaring red SOLD OUT sign was back on the Google Play devices store. The bar closed, the door locked, the streets empty.

On 10 December, LG’s Andy Coughlin spoke out to explain the frankly disastrous online launch, saying that the Google Nexus 4 had “proven extremely popular, and as such retailers have been met with huge demand.” It’s not so much an explanation as a statement of the obvious.

Even other retailers, which sell the device at a (relatively speaking) extortionate £400 SIM-free, have sold out – doubtless aided by the pre-Christmas rush. This is a phone with the desirability of a Samsung Galaxy S3 or iPhone 5, without the price to make parents weep into wallets.

Looking for Answers
The question is – why? Why have Google and LG managed to fluff up the launch of the phone when their collective experience should have made this a trouble-free endeavour.

To find out, we need to look back through the history of the Nexus series of devices.

The Nexus brand has been used by Google since 2010 to show off Android in its purest form, without the superfluous software bells and whistles that almost every other manufacturer insists on plugging-into their Android products.

It all began in January 2010 with the Google Nexus One. It was a phone made by HTC that would eventually be tweaked and sold-on as the more popular HTC Desire. 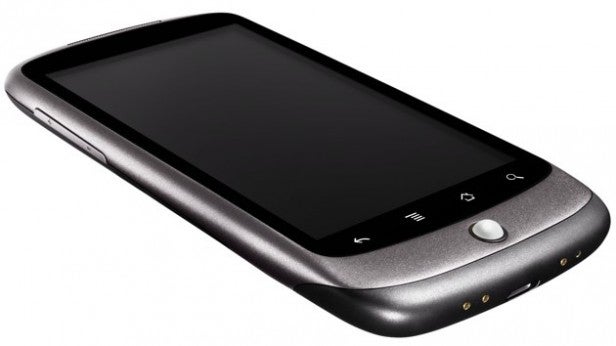 The Samsung-made Google Nexus S continued the series in March 2011, but was ultimately eclipsed by the Samsung Galaxy S2.

These phones were sold through the Google Play devices store – previously known under a different name – but none made anywhere near the impact of the Google Nexus 4. For example, following the release of the Google Nexus One, Goldman Sachs’s sales predictions were slashed by a massive 70 percent after the phone failed to perform as expected.

Even the more popular follow-ups felt like humble wallflowers next to their non-Google branded counterparts.

What Has Changed?
It leaves us to ask, what has happened to the Nexus series? Why is suddenly able to make such an impact where it simply hasn’t for the past two years?

There are several reasons, and the most important is, of course, price. And this one didn’t start with the Google Nexus 4.

In July, Google released the Google Nexus 7 in the UK. As the Amazon Kindle Fire hadn’t been released in in this country at that point, this was the first budget tablet people had seen that was really worth buying. It was the astoundingly good result of an astoundingly brief three month-long design project between Google and Asus.

The Breaking of the Fellowship
However, there’s more than keen pricing at work. The choice of partners is also crucial.

In the past, the Nexus range was designed and manufactured in co-operation with market-leading mobile-makers. HTC and Samsung were at the top of their game when they had their stint in the Nexus driving seat.

But nowadays, Google seems keener to work with the industry’s oddballs. The Google Nexus 7 was made by Asus, known for its quirky, geeky Transformer tablets, and the Google Nexus 4 was made by LG. With the best will in the world, LG is no longer one of the top mobile players. Vodafone currently stocks zero LG phones, Three just the one. The LG name can no longer compete in the UK at the top level.

And that’s why it was the perfect choice for the Google Nexus 4 project.

There is no phone that looks and feels just like the Google Nexus 4 on the market, but with another badge slapped across its face. It’s the same story with the Nexus 7. A distinct design allows these products to carve out their own identity in the market. It’s not just about price.

Google realised that its Nexus series needed more than just a solid design to succeed. It needed its own design – even if it was constructed by someone else. The black sheep here is, of course, the Google Nexus 10. But while that is just as “sold out” as the Google Nexus 4, we’ll have to wait to see whether it captures the public’s interest long-term as much as the Nexus 7 did.

Learning… but Not Quickly Enough
Google has learned, then, but it has seemingly failed catch up in other areas. That’s why we see the frankly embarrassing stock shortages online. The device store’s past failures have put the brakes on its current success.

But shouldn’t we at least celebrate the bold moves Google is making with its Nexus range? Or is robbing your Christmas tree of that little Nexus 4 box just too much to bear? Drop us your view in the comments.