You were probably never told ‘Collaboration’ is a dirty word. Then again you probably don’t work for Apple. For years Apple has been trying to rid itself of the need for collaboration, but after getting so close to being able to tell its rivals to get stuffed the dream has come crashing down. Worst still the blow has been struck by Google and App Store developers may inadvertently then stamp on the pieces.

So Good It Hurts
It all started on Thursday 12th December 2012: Google Maps hit the App Store. Interestingly Google has chosen not to publicise the impending launch or even respond to repeated questions about when such an app may appear. Instead it sat back with a smug grin on its face. Within hours of launch the app was number one in the Apple charts, tech and mainstream media outlets rushed out news stories and the reviews were coming in: it was good, very good. “We took a step back,” Daniel Graf, Director of Google Maps for Mobile, told The Verge, “we had an opportunity to create a new experience from scratch.” 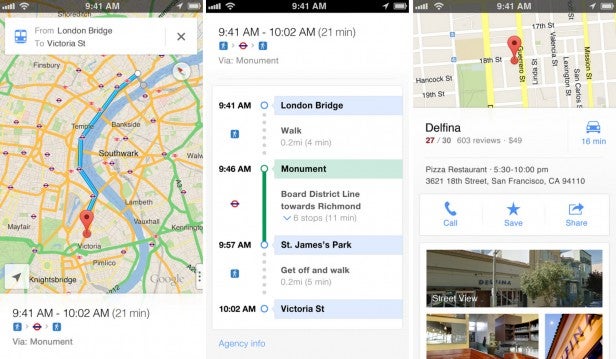 Part of that new experience was the surprising absence of ads, “we wanted to nail the main usage cases,” Graf explained. For ‘main usage cases’ he could have easily substituted ‘Apple’. This may seem a strange point to make, after all hadn’t Google helped Apple? Not really. What Google had done was help Apple customers, those poor saps who felt conned by Apple Maps and were perhaps even on the verge of breaking their iDevice allegiance for Android. What Google had not done, however, was help Apple – it had enslaved it.

What Google had done was put all its resources into making the best mobile mapping experience available, even better than the one it provides on its own operating system. That can come later. The reason is it was determined to make a point to every iPhone user: ‘You already missed us, but now we are going to save you with something so good you will never give Apple Maps a second chance.’
http://www.youtube.com/watch?v=KEz1sSKCpIc

All Your Apps Are Belong to Us
Furthermore Google has built an API into Google Maps on iOS that allows other app makers to use it as their default mapping. If you don’t have Google Maps installed the links will go to Google Maps for download in the App Store, not divert to Apple Maps. The clamour for users to have this in their apps should be such that the very developers which made the iPhone such a success in the first place could well damage Apple Maps irreparably. When he launched the iPhone in 2007 Steve Jobs said it was five years ahead of the competition. In 2012 Google can look at Apple Maps and probably call up a bigger number.

All of which will be agonising to Apple. iTunes, the Apps Store, its A series processors, AirPlay, iCloud, Game Center, Passbook, Newsstand and the new Lightning connector all give Apple a vice-like control over its own destiny and Maps would have been the final piece. But all this control backfired. The Google Maps iOS contract still had 12 months to run when Apple ditched it and testers had been queuing up to warn Apple its effort fell short throughout its development as the headline feature in iOS6. Apple didn’t listen, everything it did ‘just worked’ and on launch it proclaimed “the most beautiful, powerful mapping service ever”… until it became evident it wasn’t. 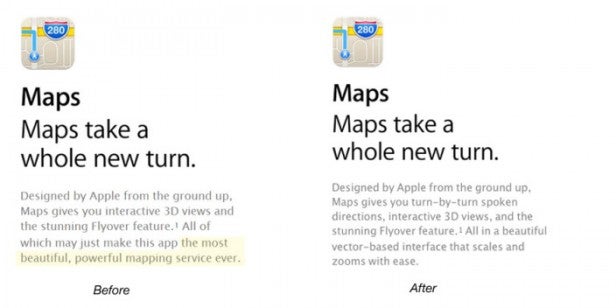 Get Lost
Should Apple have seen it coming? There had been other failures. Its Ping social media service flopped forcing Apple to finally negotiate with Facebook and Twitter while Siri has had a difficult birth, but none left Apple indebted and reliant on a direct rival like Maps did.

Within a week of release Apple knew what a massive mistake it had made. In a humbling letter Tim Cook apologised, he recognised Maps “fell short” and took the unprecedented step of recommending rival products. Clearly resuscitation was a long way off and now Apple is stuck in collaboration hell. It is a common story of best laid plans, sometimes – crucially – you lose your way…