Last week, BBC News ran a piece that asked the question “Why don’t girls want to be geeks?” The article looked at the problem of engaging girls with IT in schools, in light of Yahoo appointing its first female CEO, Marissa Meyer.

Girls, it seems, often turn away from computing at school because it is seen as a subject for ‘geeks’. That, plus the self-reinforcing problem of being one of only a few or zero other girls in a class of boys means girls tend to ditch computing early, and is perhaps why in the UK women make up less than 20% of the workforce in IT and computing related jobs.

There are other causal factors at work – and especially not discounting entrenched sexism – but the idea that a job is ‘too geeky’ is one that needs to be tackled. Even asking the question in the way the BBC did seems to reinforce the idea, to lock it into a framework where computing’s geekiness is just silently accepted. 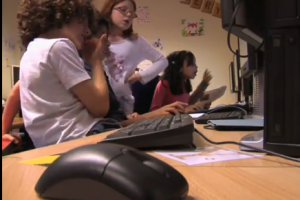 I’ve worked in and around Tech for my entire adult life. Most of my colleagues have been male, but not all of them would self-identify as geeks. Many of them had hobbies that didn’t involve action figures or stalking the aisles of Forbidden Planet. At least 70% of them had social skills.

There is nothing intrinsically geeky about what most people working in IT actually do. These are mainly office jobs that involve some specialized knowledge. Geeks tend to be good at focusing on small details and memorizing minutiae, but while this can help when solving IT problems or juggling code the same skills are just as useful – and prevalent – in other professions. You won’t get far in law without poring over textbooks looking for cunning arguments. Very few medics get to the top without pulling all-nighters and having  thousands of facts ready for near-instant recall.

Even the non-techy kind of geeks are widespread outside of IT. Science Fiction and Fantasy are more firmly embedded in pop culture than any other genre. People go and see The Dark Knight Rises, play RPGs, watch Buffy or read George RR Martin who wouldn’t know one end of a USB cable from the other, but they are still geeks of a sort.

By breaking the notional link between computing and geeks it might be possible to get not just girls interested in IT, but more boys as well. Not all boys rush in and start hacking away at PCs at the first opportunity. The fear of being seen as a geek is not unique to girls.

Code Club is a UK based social enterprise that aims to give every child in the UK the chance to learn to program a computer. Code Club volunteers host weekly after-school clubs to teach simple coding skills and spokeswoman Clare Sutcliffe says their pilot scheme has a rough split of 65% Boys to 35% Girls.

Taking a cue from US educator Emma Mulqueeny Code Club volunteers are conscious that to frame things in terms of encouraging girls to do something traditionally seen as male and geeky is counterproductive. 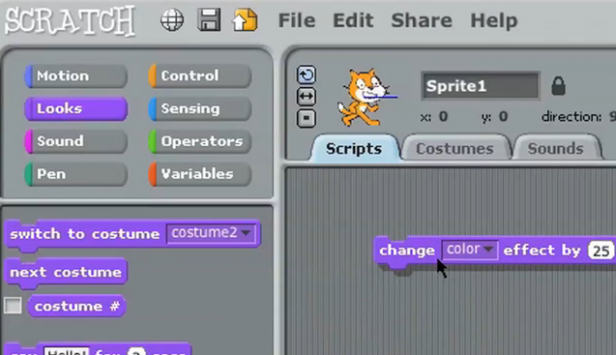 “We try not to make any reference to gender at all,” Sutcliffe elaborates, “By actively encouraging girls to do something that traditionally more boys have been interested in, it actually scares them off because you are drawing attention to it.”

Code Club teaches kids to code in Scratch – a visual programming language created by researchers at MIT. Scratch is easy to pick up and teaches the basics of writing code in a simple, visual way. Students quickly learn how to combine simple instructions to move graphical objects, play sounds or react to input – this makes Scratch ideal for creating simple games.

“We are trying to make coding cool and fun rather than geeky,” says Clare Sutcliffe. “We do this by giving the kids projects that THEY think are cool such as making computer games.” 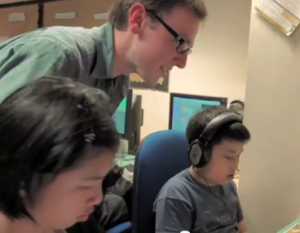 Gaming is still seen by many in the media, and even some in the games industry, as being a male hobby but the fact is that girls today are more likely to have played and enjoyed a video game than not. Most will have at least one console at home. Almost all will play games of some sort on their smartphone.

Showing kids that computing is behind many of the things that they enjoy, from games to CGI blockbusters, through smartphones and social networks, may seem like old hat – the ‘What have the Roman’s ever done for us?’ sketch, essentially – but showing them that making things with computers can be easy, fun and creative could go a long way to dispelling prejudices. By de-geeking the world of tech, we can ensure that the next generation to work in the industry comes from as diverse a base as possible, which has to be a good thing.