GDC, also known as the Game Developers Conference, is held in San Francisco every year and is the place where publishers, developers and pretty much anyone involved in the making of games meet to talk about the future of the industry.

It is also becoming a platform to unveil new games and hardware, whether from major players like Sony or smaller indie developers. With the conference now in full flow, we’ve picked out the major talking points of GDC 2014 so far.

Set to rival the Oculus Rift, Project Morpheus is Sony’s take on a virtual reality headset. It is compatible with the PS4, and uses an array of sensors and the PlayStation Eye camera to track your movements. The 5-inch head mounted LCD display supports Full HD and will offer an immersive experience that covers more of your field of view than a TV.

It’ll support 3D stereo sound and is compatible with the PlayStation Move controller if you still happen to have one of those lying around. Morpheus is still a prototype so there’s no news on when you’ll be able to buy one. When you consider that the Sony HMZ-T3W 3D viewer costs £1300, it’s highly likely it won’t come cheap. 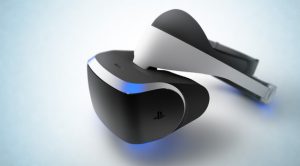 Xbox One indie games on the way

Joining Sony in the push to get more indie games on current gen-consoles, Microsoft announced its first round of games set to launch on the Xbox One ‘soon’.  Among the games, which currently do not have concrete release dates, are
Riptide GP2 and Guacamelee. Other interesting additions include Kinect-based puzzler FRU, tower-defense game
CastleStorm and a ninja squirrel game called Nutjitsu.

A source of good news for
mobile gamers, Google detailed how its Google Play Game services
will be add cross-platform multiplayer support for iOS. Essentially, this means
turn-based and real-time multiplayer support will work across
devices so you don’t have to play games just with your Android
smartphone-owning buddies. Additionally, Google is also introducing
in-game gifts so you can send virtual items through search or via your
Google circles.

Unity, the game development engine used to create mobile games like Dead Trigger 2,  Republique and
upcoming Xbox One game The Golf Club has now been updated to include 64-bit
engine support promising greater optimisation for devices like the
iPhone 5S and iPad Mini Retina. Game developers will now be able to take
advantage of the new lighting and audio tools as well.

There’s also the promise
of running the graphically-demanding games inside browsers and Unity has been working with Mozilla to
showcase its capabilities running Dead Trigger 2 within a Firefox browser. 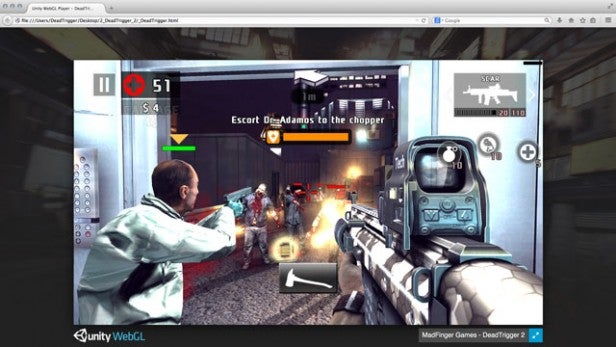 Remember Ouya? The tiny Android games console that generated millions of dollars in investment through crowd-funding website Kickstarter is still alive and it’s getting ten new games to play on it. Most are from smaller, less established indie game developers but one title that does stand out is Double-Fine’s Broken Age. Another Kickstarter success story, the point and click adventure was brought to life with the help of Tim Schafer the man behind classic games like Day of the Tentacle and the Grim Fandango.