The Xbox One and PS4 are now both on sale in the UK. But most of the gamers in our team haven’t yet found enough reasons to lay down £400-500 for one of the next-generation consoles.

Why not? Aside from bank balances cowering in the shadow of the Christmas presents we’re about to have to buy, it’s the games. None of the titles we’re dreaming of are out yet.

Here are the games that’d make us fork out for a console tomorrow. 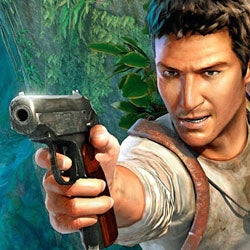 There has been plenty said about the underwhelming exclusives at launch for both next-gen consoles, and if Sony had Uncharted 4 ready alongside the PS4 it would have been pretty difficult not to hand my money over.

Naughty Dog as a games developer has continually pushed the PS3 to its limits and The Last of Us was a great way to sign off the previous generation.

Yes, the dialogue can be corny, the gun mechanics fiddly and the storyline feels like it has been nabbed from a Hollywood film, but Uncharted has always been about creating a memorable journey from start to end. Whether it’s the beautiful environments or the great set-pieces, each game including Golden Abyss on the PS Vita has been an amazing ride.

Uncharted 4 is already being teased for launch next year so maybe Naughty Dog had its hands full with The Last of Us. When Drake does make his return, I’ll be ready to write off another week to play it right to the end. 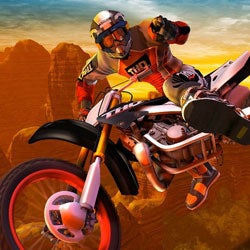 Bring back MX vs ATV I say. Until then, you can count me out of the next-gen battle.

Yes, the PS4 and Xbox One make dramatic steps forward in the gaming industry, but for those of us who like our games with a little less shooty-shooty and a bit more broom-broom, there is little benefit over the current generation.

Motocross titles used to be a standard of the gaming scene. Admittedly few were very good. Fewer still probably made any money. But the MX vs ATV franchise had the potential. Relatively good graphics, reasonably strong physics and gameplay based more in realism than cartoony farce, it had its happy niche.

With the MX vs ATV franchise having been axed by THQ back in 2011 I’m not holding out much hope for a next-gen release. So, for the time being at least, I’m going to stick with my eight-year-old Xbox 360 and near-four-year-old copy of MX vs ATV Reflex – because everyone knows that was the best of the series. 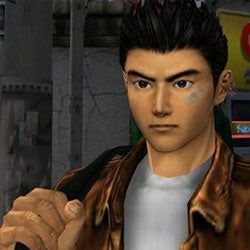 As the new consoles were revealed, I became convinced the PS4 was the console for me. I even entertained buying one at launch, but then the games…. oh the games! I could play Killzone 4, or I could finish The Last of Us and GTA 5 on my PS3, or pick the DLC for the fantastic Bioshock: Infinite on my Xbox 360. I love great graphics and all, but a man can’t live by graphics alone.

Anyway, what would make me buy a next-gen console right now? Well, I’m ever the optimist. For example, despite England getting thrashed in the opening Ashes test match, I still believe we’ll win the series. Crazy, right? For that reason there is one game that would have truly sold the next-gen consoles to me: Shenmue 3.

Yes, yes, yes, I know: what are the chances? I never said my opinion made much sense. But in any case the Shenmue series is long overdue being revisited. Arguably its style and ambition is ideally suited to the next-gen consoles, which could handle the large areas without endless loading times and add great realism to the characters to really bring the fantastic story to life. I guess they’d have to start at the beginning these days, but reinventing the first two games in single story arc and committing to completing the story would make me a happy man.

Also, does anyone know where sailors hang out? 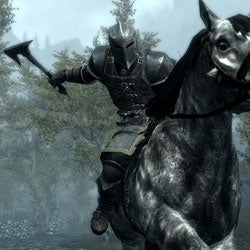 One thing that’s missing from both the launch line-ups is a game that’ll make me sit in a darkened room, from the time I get home from work to the small hours of the morning. Emerging bleary-eyed, hungry and depressed following such a sessions doesn’t sound good – and it is what would happen. But it’s what I want, for some reason.

I want another Skyrim. I don’t want Elder Scrolls Online. I want Elder Scrolls: Hammerfell, Valenwood, High Rock, whatever (references only an Elder Scrolls nerd would get) – a big old single-player RPG that won’t ask to talk who another real person. Sometimes wooden computer characters with naff voice acting are better than the real thing.

I want those moments of ambling around aimlessly for hours then looking at a sunset and thinking ‘cor isn’t that pretty – just like I did with all the previous Elder Scrolls games. A sad and desperate soul pining nostalgically for times gone past? Sure, but it wouldn’t half look nice being piped through a PS4 or Xbox One.

And as the next ‘proper’ Elder Scrolls game is likely to take another five years or more to arrive, I’ll make do with Fallout 4 for the time being.