Samsung Galaxy S8 problems, bugs, and glitches – a complete guide to the potential problems you might experience with Samsung’s new phone, plus advice on how to fix them where possible.

Samsung’s most anticipated phone ever is finally here, and it’s something special. The Samsung Galaxy S8 ups the power, trims down the bezel, and finally makes us excited about phones again.

But like all phones, the Galaxy S8 isn’t without its quirks. Having used the Galaxy S8 for a number of weeks, I’ve spotted a few minor niggles that some of you may also have experienced.

Below you’ll find some of the biggest Galaxy S8 problems, and how to try and fix them.

1) Placement of the fingerprint scanner

My biggest issue with the Galaxy is the fingerprint sensor, especially its position. Rear-mounted scanners are nothing new, but Samsung’s decision to put the S8’s right next to the camera sensor is bizarre. Every time I try to unlock the phone, I either miss the scanner completely or hit the camera and leave it all smudged.

It’s probably a blessing then that Samsung has included a couple of other ways to offset the poor fingerprint scanner, meaning you might not have to use it. The iris-scanning tech has been plucked from the Note 7, and it’s much faster now, making it actually usable. There’s facial recognition too, which is less secure than the iris scanner, but seems to work better from multiple angles.

There’s no real way of fixing this; you’ll just get better at it over time. But my advice is to regularly check your camera for finger smudges, as you’ll want to make sure you’re not taking blurry photos thanks to an ill-placed digit. 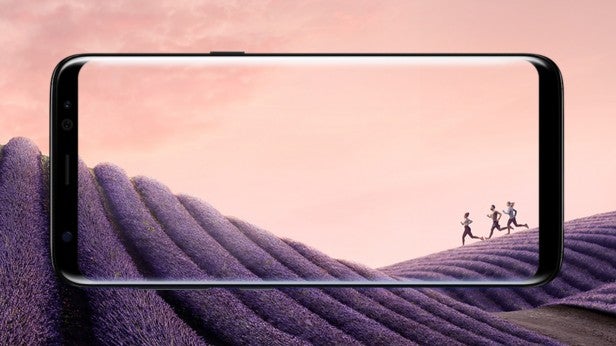 If you do decide to ditch the fingerprint sensor for the facial recognition, there seems to be one obstacle you’ll have to tackle – actually getting it to read your face.

It took me three attempts at scanning my mug to finally get it to unlock without being pushed, so my advice would be to keep on trying until it seems clear it’s got the perfect angle.

It’s technically possible for Samsung to improve facial recognition remotely through software updates, so it wouldn’t be surprising to see the accuracy of the system getting better over time.

In a move that’s likely designed to prolong the battery life of the Galaxy S8, the phone’s 2960 x 1440 display is set to a lower FHD+ resolution when you take it out of the box. While having practical benefits, it’s also a bit cheeky to think that folks who dish out upwards of £600/$700 for a phone would be happy to accept a much lower screen resolution than they were expecting.

The good thing is that it’s easy to switch the resolution back up. Head into Settings > Display > Screen Resolution and slide it to WQHD+. However, be warned that this luxury may result in poorer battery life.

4) Get the app drawer back

Another Samsung move that might irk some is the lack of an obvious app drawer by default. Samsung hasn’t completely gotten rid of it – it’s still accessible with a swipe up from the homescreen – but there’s no visible icon to jump to it.

It’s a different system to the one used on the Galaxy S7, so even Samsung loyalists may find this a little tricky to adjust to.

Update: Samsung is currently rolling out an update to fix the below issue

I’ve also seen much made of a supposed ‘red tint’ problem with the Galaxy S8. According to some, a reddish tint affects the phone’s screen – the Korea Herald even published an article detailing several customer complaints about the issue. 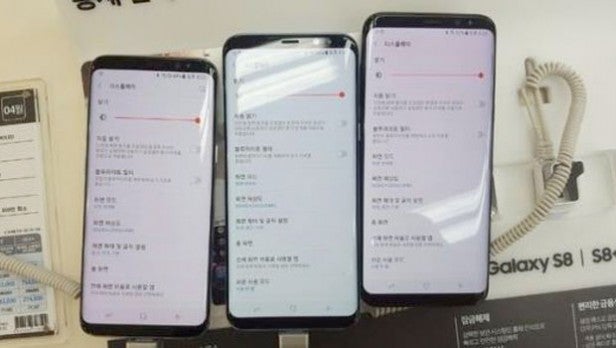 Fortunately, I haven’t faced any such issues, so it’s tough to say exactly what’s causing this problem.

However, keen to get to the bottom of things, I spoke to the industry-renowned screen testers at DisplayMate, who sent me the following response from a representative:

“It is hard to tell what is going on because the article is written by someone who clearly doesn’t know much about displays and is filled with speculation that is pure nonsense. My two Galaxy S8 units are accurately calibrated and don’t show any red tinting when everything is set to the Factory Defaults.

“However, users can shift the White Point to make it more reddish or more bluish with the user Color Balance controls that are available under Display Settings. I can reproduce the published photo that way. The Night Shift Blue Light Filter can also be adjusted in Display Settings to give the display a reddish tint.

“The Deep Red OLED, which I mention in my Galaxy S8 article, does not change the White Point. The article also mentions that the color balance problem could be caused by Diamond Pixels that have twice as many green sub-pixels, which is also nonsense.

“It is certainly possible that this could be due to some defective OLED panels, misadjusted displays at the factory, or software bugs, but the user Color Balance controls are the most likely source of this issue.”

Have you encountered any problems with the Galaxy S8? Share them in the comments below – we’re here to help.